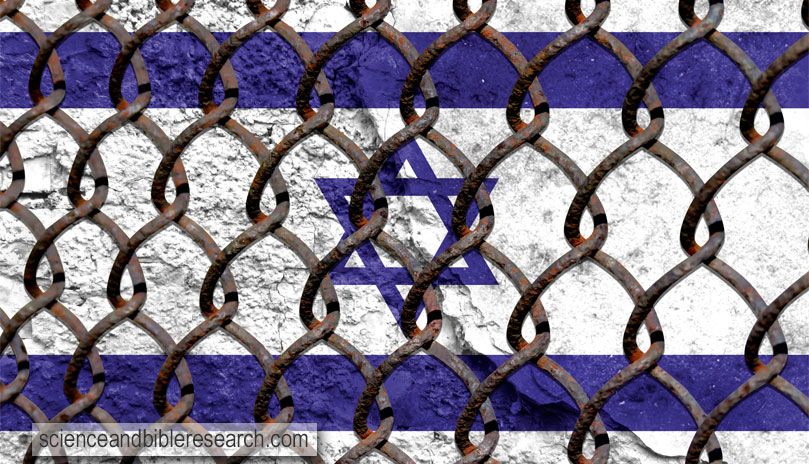 What is Zionism and is it in the Bible? The short answer is: the word Zion is indeed in the Bible, But the ideology that Zionism represents today is not. In fact, as this article will show, today's Zionism is unbiblical and antithetical to the Christian religion.


Zion in the Bible


In the New Testament, God refocuses his attention to the Zion in heaven. Revelation 14:1 tells us that the Lamb stood on Mount Zion, "and with him 144,000 who had his name and his Father's name written on their foreheads." We know that Zion is now in heaven because the 144,000 were singing a new song "before the throne and before the four living creatures and before the elders" (Rev 14:3). As per Revelation chapter 4, the throne (4:2), the elders (4:4), and the four living creatures (4:7) are in heaven. In addition, Jesus (the Lamb) stands "between the throne and the four living creatures and among the elders" (Rev 5:6). Heaven is also where the new and holy Jerusalem is located (Rev 3:12, 21:2, 21:10). Finally, the writer of the letter to the Hebrews also testifies to Mount Zion and Jerusalem's new heavenly location (Heb 12:22).

Today's Zionism is represented by notorious Christian Zionist, John Hagee, founder and Senior Pastor of the megachurch, Cornerstone Church, in San Antonio, Texas. He is also the founder and chairman of America's largest pro-Israel organization, Christians United for Israel (CUFI), which has ten million active members. In a sermon he preached on May 16, 2021, Hagee believes that supporting CUFI and Zionism is a requirement for Christians. With his finger pointed directly at the camera, Hagee declares:

If you are not a member of Christians United for Israel, you should be. If you are a Bible believer, you are a Zionist. John Hagee in The Battle for Jerusalem (time 1:04:40, video source, 5/16/2021)


Hagee's dastardly declaration is akin to the Galatians who, beginning in the Spirit (for their initial salvation), wished to perfect their sanctification by relying on their obedience to the Old Testament ritual of circumcision (Gal 3:3 & 5:3). This is because Hagee, a Christian, after seeing the far superior, heavenly Zion, is reverting his attention back to the inferior, earthly Zion. Even Abraham, to whom the land promises were given (Gen 13:14-15), did not set his heart on the earthly city, but desired "a better country, that is, a heavenly one" (Heb 11:16). Hagee is using his physical eyes to define the spiritual kingdom of God, which includes the Zion and Jerusalem in heaven.

In this section, we shall outline three major tenets of Zionism and show how they are antithetical to Bible-believing Christians.


1. Christ will judge you by how you treat the Jews

Zionists contend that, according to Matthew 25:40 & 25:45, Jesus will judge us by how we treated his "brothers," the Jewish people. However, in the same Gospel, Jesus clearly states that brotherhood has nothing to do with one's ethnicity. In fact, he seemed to disown his own mother, brothers, and sisters, saying, "Who is my mother, and who are my brothers?" And stretching out his hand toward his disciples, he said, "Here are my mother and my brothers! For whoever does the will of my Father in heaven is my brother and sister and mother" (Mat 12:48-50). And what is the will of God? The apostle Paul tells us that the will of God is to serve his Son, Jesus Christ, in all that we do, "doing the will of God from the heart..." (Eph 6:5-6).


2. Israel is the land of the Jews

Jews were not the first people to reside in the land. Initially, the Promised Land was inhabited by the Canaanites (Gen 17:8). However, because of their abominable practices (Deut 18:9-12), God dispossessed the Canaanites and gave it to the Israelites as an inheritance (Act 13:19). But the promise to remain in the land was conditional upon their obedience to God's laws (Deut 28:63-64, Jer 7:5-7). Before they were conquered by the Babylonians, the Israelites did more evil than the nations that lived in the land prior (2Ki 21:9). They also committed worse atrocities than their fathers whom the Lord brought out of Egypt (Jer 7:26). Furthermore, God already fulfilled his land promises to the Israelites before they were carried away into Babylon (Jos 21:43-45, 1Ki 8:56). In addition, God fulfilled his ultimate promise to the Israelites circa 30 AD, by sending them a Savior and King from the line of David, Jesus Christ (Luk 2:4-5), the Son of God (Luk 1:35). So, what more do Zionists want God to give?


Zionists argue that the Jewish people have a land grant promised to them by God. However, all prophecies in the Old Testament concerning a return of the Jews to their land were uttered before, or while they were in Babylonian exile (Isa 66:8, Jer 29:10). God graciously brought a remnant back from Babylon into the land, but they rebelled against the God of heaven again and this time, committed the ultimate act of disobedience (Mar 12:6-9) by crucifying his only Son, Jesus Christ (Act 2:23). The New Testament makes no promise of another return after their expulsion by the Romans in 70 AD. As shown in the paragraph above, everything God promised to give to the physical descendants of Abraham was already fulfilled.

Perhaps the most egregious tenet of Zionism is their discriminatory laws concerning immigration. Since 1970, Israel's "Law of Return" allows foreign-born children of Jews, and the spouse of a child of a Jew and the spouse of the grandchild of a Jew, to receive automatic Israeli citizenship on the day of arrival in the country. This is done in order to "ensure the unity of families."


Meanwhile, in the making of aliyah (the "going up" of Jews to Israel from foreign lands), the Jewish government has allowed 255,000 Jews from 150 countries to immigrate within the last ten years. Surely, Israel can allow the roughly 175,000 Palestinian refugees in Lebanon, who live in squalid camps and are denied citizenship, the opportunity to resettle into the homes they were driven from amid the violent take-over of Palestine by European Jews in 1948.


Perhaps Zionists should heed the example of Joram the son of Ahab, king of Israel (849-842 BC). For after a Shunammite woman was advised by the prophet Elisha to flee the impending seven-year famine in Israel (2Ki 8:1), she returned to find her house and land occupied by another. But the king promptly appointed a state official and ordered to "Restore all that was hers, together with all the produce of the fields from the day that she left the land until now" (2Ki 8:6).


In conclusion, today's world consists of two Zions: one in heaven and the other on earth. Which Zion is the Zion of the Christian? As shown in this article, the Zion of the Christian is the Mount Zion in heaven, where Jesus is seated on his cosmic throne beside the eternal Father (Heb 8:1). Christians must not be preoccupied with securing an earthly homeland for Jews at the detriment of the poor Palestinians of the land. Christians should be first and foremost concerned with pointing both Jews and Gentiles to the heavenly Zion, which is available to everyone who believes in Christ Jesus (Rom 1:16). Next, Christians should defend the rights of the impoverished Palestinians, because, "A righteous man knows the rights of the poor; a wicked man does not understand such knowledge" (Pro 29:7).