The unjust God of the Futurist 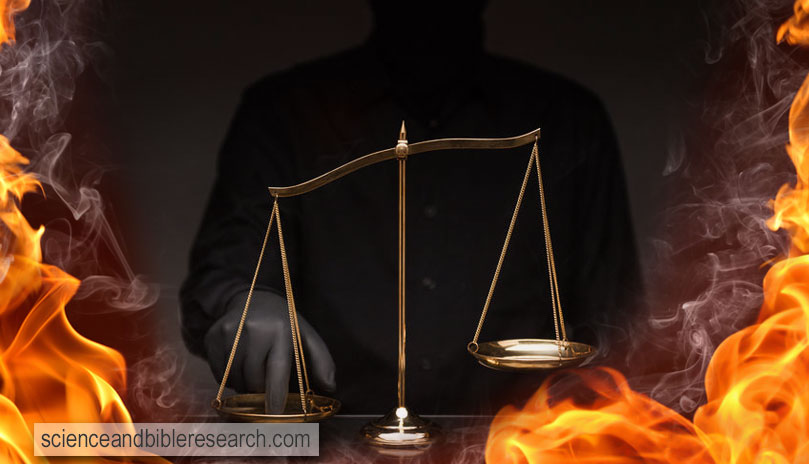 Is it right to punish someone more than one time for the same offense? Should God again judge the Jews living in Israel for killing their Messiah 1,950 years ago? Four thousand years ago, the Hebrew patriarch Abraham, bargained with God about his justice when he persuaded God not to destroy Sodom if he found ten righteous people living in the sinful city (Gen 18:25). However, we know by the prophet Jeremiah that God has a much higher standard of justice than Abraham. For before the Babylonian exile, God promised to spare Jerusalem if he found just one righteous person living there (Jer 5:1).


Christian Futurists, in particular, Dispensational Premillennialists, teach that the events described in Jesus' Olivet Discourse, which included a Jewish holocaust that resulted in the slaughter of two-thirds of the Jewish population, will occur again. However, instead of involving Jerusalem and the Roman Empire-governed world which existed in 70 AD, this final event before Christ's Second Advent will afflict the entire planet earth.


John MacArthur, pastor-teacher of Grace Community Church, chancellor emeritus of The Master's University and Seminary, and featured teacher on Grace to You radio, has espoused Dispensational Premillennialism for the past 50 years. On July 17, 2020, the Grace To You Facebook status update included an old sermon he preached on June 17, 1984 called, The Sign of the Son of Man (Matthew 24:29-31). In the sermon, he states that two-thirds of the Jews in Israel will die in a future holocaust:

Now, you remember that we said that there will be a terrible slaughter among the Jews and Zechariah [Zec 13:8] says two out of three will be killed and only a third will be preserved. God will save a third of them. The rest are going to die in this terrible holocaust. John MacArthur in The Sign of the Son of Man (time 00:14:08, sermon source)


In an earlier sermon of the same series, MacArthur states, "The antichrist is going to move against them, and two out of three are going to die... The holocaust on the Jews of the future is going to be as great or, obviously, from verse 21, far greater than anything in the past." (time 00:18:45, sermon source).


MacArthur and his eschatology unjustly punishes the Jews twice for crucifying Jesus. But the Jews alive today have nothing to do with the crucifixion of Christ. The latest research shows that Ashkenazic Jews have an "Irano-Turko-Slavic" origin. The study also contradicts the hypothesis which advocates a "Levantine origin" for Ashkenazic Jews.


Jesus makes it clear that Jews alive during his earthly ministry (i.e., "this generation") would be punished for his crucifixion and the murder of all the prophets before him (Mat 23:35-36, 24:34; see also the The Parable of the Tenants in Mat 21:33-46), not anyone thousands of years after. This point is consistent with the rest of the Bible concerning the justice of God. For example, several passages in Scripture state that God visits "the iniquity of the fathers on the children to the third and the fourth generation" (Exo 20:5, Num 14:18, Deu 5:9), not all the way down to the present 50th generation (2020 - 30 AD = 1,990 years/40 year-long generation = 49.75 generations after 30 AD). Conversely, God shows his steadfast love down to "a thousand generations" (Deu 7:9).


God did in fact visit the third generation of Jews for the iniquities of their apostate fathers when, in 132 AD, Roman Emperor Hadrian defeated a Second Jewish Revolt. As a result, Hadrian expelled the rest of the Jews living in Jerusalem that Roman General Titus permitted to remain after the end of the First Jewish Revolt in 70 AD. Hadrian also renamed Jerusalem, Aelia Capitolina, after himself and the Roman god Jupiter. Therefore, most Jews living in Israel today are immigrants from Europe who practice an in-genuine form of Old Testament Judaism. They are not related to any of the native Jews who crucified Jesus Christ circa 30 AD. God is not the unjust judge that Christian Futurists suppose him to be as their falsified eschatology dictates.


CITE:
Sabz, S. (2020, July 18). The unjust God of the Futurist. Retrieved from https://scienceandbibleresearch.com/the-unjust-god-of-the-futurist.html