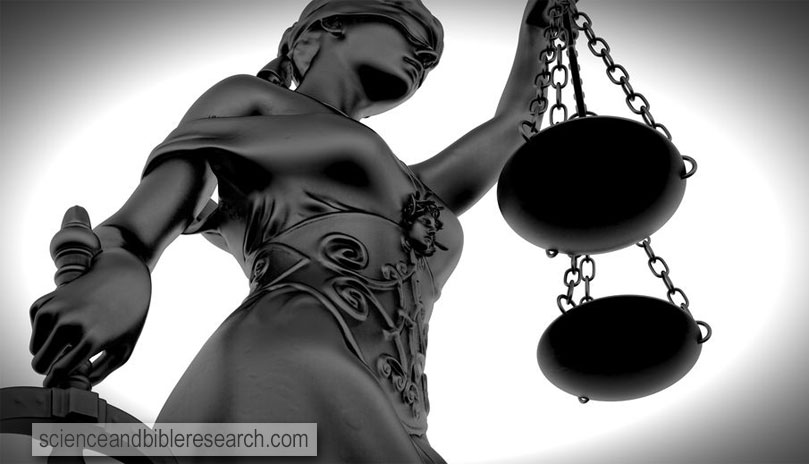 Themis with scale and sword 3d rendering (Photo by Satori)

Thankfully, churches are now open, although with limited capacity. But prior to Christians being allowed to assemble for worship, there was a brewing impatience with the prolonged isolation and being restricted to impersonal live-streamed church services only. This is understandable since government-imposed social distancing orders have prevented Christians from gathering in their local houses of worship for more than two months. But as the number of COVID-19 cases continue to decline in the US, governors are allowing essential businesses to re-open. This means that churches, and other houses of worship, were still closed since they were deemed non-essential according to government standards. Many pastors feel this is unfair and are petitioning their local governments to categorize churches as essential. Still, a smaller number of pastors, and the subject of this Fox News article, have all-together defied their local government officials and have re-opened their church doors anyway, while adhering to social distancing guidelines.


How should American Christians handle this unprecedented situation?


Pastors justify their re-opening for in-person services in defiance of government issued executive orders by appealing to the Bible and the Constitution of the United States. In this article, we shall consider how Romans 13 supersedes the Constitution and even the passages of Scripture they espouse as proof-texts for re-opening.


At the forefront of this movement is Pastor Charles Clark III, co-pastor of Solid Rock Baptist Church. The first passage he uses to give credibility for his stance against the governor is Matthew 16:18. It reads:


And I tell you, you are Peter, and on this rock I will build my church, and the gates of hell shall not prevail against it. Jesus Christ to his disciple Peter in Matthew 16:18

The pastor summarizes Jesus' words saying, "The point would be today that churches are important and churches are essential" (time -33:43 video source). This is true, churches are an important part of the American experience for millions of people. But was Jesus talking about an actual church building here? According to Strong's Lexicon, the Greek word ἐκκλησία used for "church" in the passage means "called out or forth, a gathering of citizens called out from their homes into some public place; an assembly." On the surface, this can be taken to mean your local house of worship, but that's not the context of our Lord's statement to Peter. This is because the "rock" that Jesus says he will build his church upon is not a literal rock of a physical building, but something much greater which transcends the physical realm. This is clear in the apostle Peter's letter where he states, "you also, like living stones, are being built into a spiritual house..." (1Pe 2:5). The apostle Paul echoes this when he says, "you too are being built together to become a dwelling in which God lives by his Spirit" (Eph 2:22). Or else, how could Paul say that the church is "built on the foundation of the apostles and prophets, Christ Jesus himself being the cornerstone" (Eph 2:20)? So, Matthew 16:18 cannot refer to a physical building which must be protected against a government-ordered shut-down during a pandemic. Jesus can and will continue to build his church (i.e., a spiritual body of believers across time and space), whether or not your local church building is open or closed.


The second passage he quotes is Hebrews 10:25. It reads:

...not neglecting to meet together, as is the habit of some, but encouraging one another, and all the more as you see the Day drawing near. Unknown author of the letter to the Hebrews in Hebrews 10:25

Pastor Charles Clark III summarizes the passage saying, "For us as a church, assembling is part of, what we believe is our biblical mandate from God... God's word tells us that we need to assemble as a local church" (time -29:47 video source). Again, the pastor is correct, Christians are called to assemble as a local church. However, the passage does not insist that believers must have a physical building to congregate in. According to Strong's Lexicon, the Greek word ἐπισυναγωγή used for "meet together" simply means "a gathering together in one place." In addition, we know that at the time of the authors writing (circa mid-late first century AD), Christian church buildings were non-existent. This is because the Christian religion was illegal in the ancient Roman Empire-governed world until the Edict of Milan in 313 AD. Any public building used specifically for Christian worship would have most certainly been impossible before the Edict. The normal practice of Christians was to meet together in one another's homes (Act 2:46, 20:7-8, Rom 16:5, 1Co 16:19, Phm 1:2, Col 4:15). Recent archeological evidence also shows that the earliest Christian church was not built until 619 AD.


Lastly, the pastor appeals to the Constitution of the United States in order to validate their defiance of local governing authorities (time -27:50 video source). An attorney representing Pastor Clark stated that "Governor Murphy's executive order... doesn't trump the power of the Constitution..." It is true, the Constitution is the law of the land and its first amendment clearly protects against any religious restrictions. However, for the church of Christ, there is still yet a higher authority: the written word of God. The apostle Paul makes this point clear when he writes to the saints living in Rome:

Let every person be subject to the governing authorities. For there is no authority except from God, and those that exist have been instituted by God. Therefore whoever resists the authorities resists what God has appointed, and those who resist will incur judgment. The letter of the apostle Paul to the Romans in Romans 13:1-2

Christians are to submit to their governing authorities. Why? Because they are established by the God of the Bible. Paul was writing to Christians living in Rome during the time of the "first among God's chief enemies," Roman Emperor Nero. Thankfully, our local governments are much more civil toward Christians compared to Emperor Nero. The apostle Peter also exhorts believers living in Pontus, Galatia, Cappadocia, Asia, and Bithynia (1Pe 1:1) to be submissive to Emperor Nero and all government authorities when he writes, "Be subject for the Lord’s sake to every human institution, whether it be to the emperor as supreme, or to governors as sent by him to punish those who do evil and to praise those who do good" (1Pe 2:13-14). In addition, Jesus exhorts Peter to pay the tax in order not to offend the local authority (Mat 17:27).


Now, how about the early Christians, those living closer to the time of Jesus and his apostles? Did they defy their governing authorities or did they obey? Second century Christians living in the pagan Roman Empire were commended by Governor Plinius Secundus (61-113 AD) for adhering to Roman laws: "...they renounced adultery and murder and like criminal offenses, and did all things in accordance with the laws." Note that these Christians did "all things in accordance with the laws." The only anti-pagan Roman custom they practiced was that they "arose at dawn and sang hymns to Christ as a God." But because of their humble submission, Emperor Trajan (53-117 AD) recanted a former law that allowed Christians to be intentionally sought out and punished for their faith in Christ, just as the apostle Paul did before his conversion (Act 8:3).


As we have learned in this article, Scripture does not provide Christians with any support to act as renegades against their God-ordained governments in the matter addressed in this article. There are more desirable and civil avenues which can be taken to plead one's cause and reclassify churches as essential and thus, re-open legally and without dishonoring local authorities. Doing otherwise puts everyone, law enforcement, church attendees, etc. in an awkward and vulnerable position. Disagreements with any authority must be handled in a peaceful and godly way.