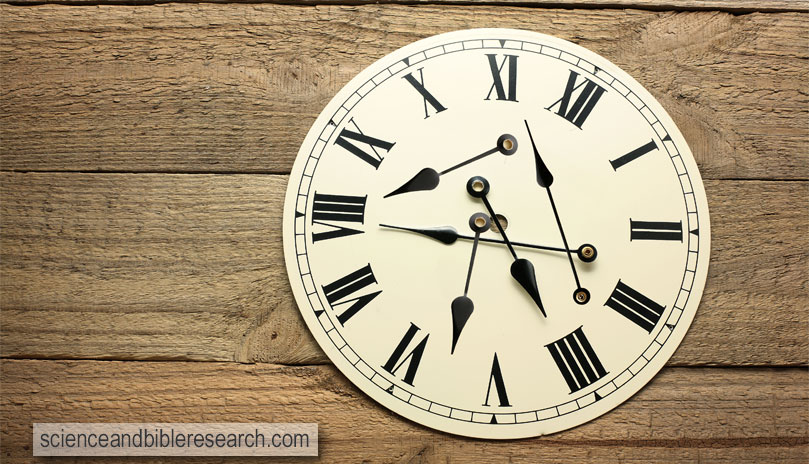 Do the Bible's prophecies about ancient Israel in the Old Testament apply to today's secular Jewish State in the Middle East? According to his latest video, All Eyes on Israel, Pre-Trib Christian Zionist, Amir Tsarfati of Behold Israel, thinks so because Israel "is the insurance policy for your having a God that is keeping his covenant" (time 1:22). If the existence of Israel is supposed to be our "insurance policy" from God, as Tsarfati states, then what about the 1,878 years that Israel didn't exist? Was God negligent in the keeping of his covenant? Fallacious statements like this reveal an utter disregard for the one, true and holy nation, the Church (1Pe 2:9). That is why, in this article, we shall see how Tsarfati ignores the timeframe of biblical texts, and in so doing, is lost in time as he replaces the role of the Church as God's blessing to the world (Mat 5:14) with the godless, Christ-rejecting State of Israel.

Tsarfati believes modern Israel is blessed by God. As evidence of this, he recounts the story of Balak, king of Moab (Num 22:4), who begged Balaam to curse his enemy, Israel (Num 23:11), because he saw how they had defeated the Amorites (Num 22:2). But God commanded Balaam not to curse Israel, "for they are blessed," he said (Num 22:12). Tsarfati comments, "That was during the time that Israel was very, very ungodly. It's not that Israel was perfect so God is blessing them. You need to take that one out of your mind. God has his plan for Israel" (time 6:35). Tsarfati is implying that God is even blessing the godless, secular Israel of today. But the story of Balaam blessing Israel took place 3,293 years ago in 1272 BC. Does Balaam's blessing of Israel still apply today?


Writing 686 years later, Jeremiah, who prophesied to the rebellious house of Israel before its destruction in 586 BC, spoke in the name of the Lord and pronounced a curse on Israel and Jerusalem


Even after their return from Babylonian exile, the Jewish nation once again became corrupt and profaned the great and holy name of the Lord (Mal 1:12). Israel was faithless and committed abominations in "Israel and in Jerusalem" (Mal 2:11). It is because of this that God himself curses Israel:

You are cursed with a curse, for you are robbing me, the whole nation of you. Malachi the prophet in Malachi 3:9 (circa 500 BC)


Finally, the apostle Paul, writing to the Galatians who were relying on the works of the law, just like the apostate Jews of both the Old and New Testaments, says:

For all who rely on works of the law are under a curse; for it is written, "Cursed be everyone who does not abide by all things written in the Book of the Law, and do them." Paul the apostle in Galatians 3:10 (48-55 AD)

An important point that Pre-Tribbers do not realized about Old Testament Israel is that God's blessings and promises were conditional upon their obedience. But Tsarfati cites 2 Chronicles 7:16 as proof of God's supposed, unconditional promise:

For now I have chosen and consecrated this house that my name may be there forever. My eyes and my heart will be there for all time. The Lord to King Solomon in 2 Chronicles 7:16 (970-931 BC)


Tsarfati comments on the aforementioned passage saying, "Amazing. That's the heart of God! If you have a problem with that, talk to him not to me" (time 7:20). But Tsarfati stops at verse 16, and fails to continue the passage where God declares his conditions:

But if you turn aside and forsake my statutes and my commandments that I have set before you, and go and serve other gods and worship them, then I will pluck you up from my land that I have given you, and this house that I have consecrated for my name, I will cast out of my sight, and I will make it a proverb and a byword among all peoples. The Lord to King Solomon in 2 Chronicles 7:19-20 (970-931 BC)


As it turned out, Solomon married many wives from the nations around him, and his heart departed from the Lord (1Ki 11:1-8). Consequently, when Solomon's kingdom was divided, both Northern and Southern kingdoms sinned grievously against the Lord (1Ki 12:33 and 1Ki 14:22 respectively). Thus, in keeping with his promises to Israel, God sent King Nebuchadnezzar and destroyed Jerusalem and Solomon's temple.


Return to the Land

What about the return of Jews back to the land in 1948? Here, we will show how the Old Testament prophecies referring to Israel's return to the land were in regard to those who were exiled in Babylonian captivity between 608 and 538 BC, not those living in Europe in the twentieth century.


Tsarfati cites Ezekiel 36:8, 36:23-24, and 37:14 (time 9:50-13:30), believing these passages refer to Israel's return to the land in 1948. He says, "In preparation for the return of Israel, the land is required to shoot forth its branches and yield its fruit because the people need it. And it's just fruitful right now [in Israel]" (time 9:55). But, again, Tsarfati is lost in time here. This is because Ezekiel was prophesying to Israel during their exile in Babylon (Eze 1:1). All of the aforementioned predictions about the Jewish return to the land were fulfilled when King Cyrus (2Ch 36:22-23, Isa 44:28, Dan 1:21, Ezr 1:1-2) permitted the Jews to return and rebuild Jerusalem and the temple with Ezra (Ezr 2:1-70). They would again be destroyed and exiled as a result of their rejection of the Messiah, Jesus Christ. There are no prophecies predicting a future return of Jews to the land after their expulsion by the Romans in 70 AD. Thus, any supposition by Pre-Tribbers about a so-called "prophetic significance" pertaining to Israel effectively overrides God's purpose for the Church, which is the continuation and fulfillment of what ancient Israel began, but did not accomplish (Mat 21:43).