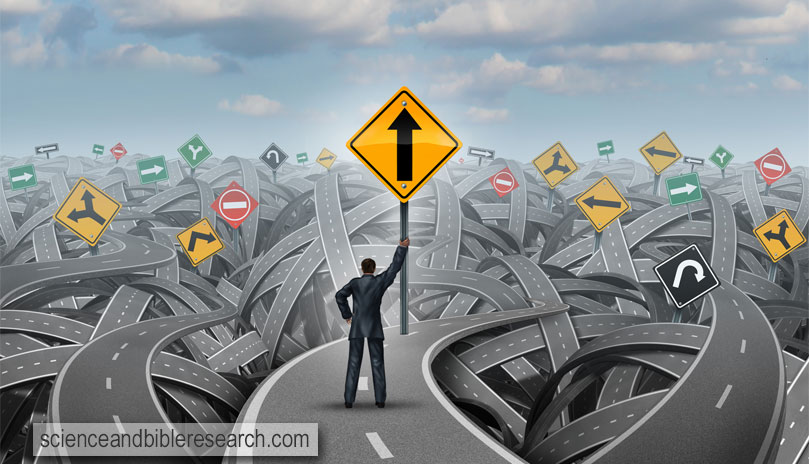 What is the length of a biblical generation? I answer this important question in an another article appropriately titled, This generation. In this article, however, you will see the confusion among Pre-Tribulation Rapture enthusiasts in regard to a generation as described in Scripture. As you will see, ever since Hal Lindsey's book, The Late Great Planet Earth (1970), Pre-Tribbers have changed the length of a biblical generation three times. That's three times in the last 51 years!


The reason why Pre-Tribbers keep changing the length of a generation is because of a common myth that is perpetrated by Dispensational Premillennialists and their Zionist parters. They believe the modern, secular State of Israel, is the so-called prophetic "timeclock" by which God aligns world events leading up to the end of the world. Like their many other false assertions, this is rooted in a misinterpretation of Scripture and an ignorance of history.


Their first mistake is claiming that the current nation of Israel was literally "born in one day" according to Isaiah 66:8-10. This passage has nothing to do with modern Israel since the promise was already fulfilled when exiled Jews returned from captivity by the decrees of King Cyrus and King Artaxerxes.


The fact of the matter is, the idea of having an independent country for Jewish people took 51 years (or 18,615 days) to become a reality. The Zionist vision first began with Theodor Herzl,  when he established The World Zionist Organization in 1897. He died in 1904 without the creation of a Jewish State. Then came Arthur James Balfour, author of the self-titled Balfour Declaration   drafted in 1917. Mr. Balfour, just like Theodor Herzl before him, died without a reconstituted Palestine as the Jewish national homeland. It was not until 18 years (or 6,570 days) after Balfour's death, and the massacre of 6 million European Jews, that the non-theocratic nation of Israel was finally born in 1948.

Initially, Premillennialists correctly defined a Biblical generation as lasting 40 years. This timespan fit into their Doomsday-Rapture theory because the modern, secular State of Israel had not turned 40 years old yet.

A generation in the Bible is something like forty years. If this is a correct deduction, then within forty years or so of 1948, all these things could take place. Lindsey, Hal & Carlson, Carole C. (1970) The Late Great Planet Earth, pg. 54. Grand Rapids, MI: Zondervan

After the Jewish State celebrated its fortieth birthday in 1988, and the predicted End Time events failed to manifest, some Premillennialists, like Chuck Smith, suggested that 40 years should be counted from the time Israel gained control over all of Jerusalem in 1967.  However, when the year 2007 (i.e., 40 years after 1967) came and went without incident, Premillennialists were forced to recalculate the length of years included within a Biblical generation.

Eager to keep Premillennialism alive, Matthew Hagee, son of Four Blood Moons: Something is About to Change (2013) author John Hagee of Cornerstone mega-church in Texas, claims, without citing any Biblical support, that a generation equals 50 years. Matthew Hagee seems to be the first Premillennialist to define a generation as 50 years. Could it be that it's because he just released a new book on the topic of Bible prophecy? The sad and conspicuous fact is that, every one of the authors cited in this article has profited from selling Bible prophecy books.

In his book, Jerusalem Countdown, Revised and Updated: A Prelude To War (2013, pg. 228), the elder John Hagee announced, "I believe my generation will live to see Him [Jesus Christ of Nazareth] sitting on the throne of King David on the Temple Mount in the city of Jerusalem, bringing the Golden Age of Peace to the world. It's coming much sooner than you think!"  John Hagee was born in 1940 and is currently 81 years of age.


On July 23, 2017 in an interview with CBN News, Hagee said he believes "The world as we have it at this very present time is a powder keg and the fuse is lit..."

The following authors reveal just how desperate Premillennialists are in their efforts to keep their Doomsday-Rapture theory in the forefront of Bible eschatology at the expense of sound exegesis.

We may logically inquire next, "How long is a generation?" Psalm 90:10 provides insight into this subject... This does not mean that the final generation is limited to seventy or eighty years; the psalmist is acquainting us with the general length of a generation. LaHaye, Tim F. (1972) The Beginning of the End, pg. 168. Tyndale House Publishers

The years of our life are seventy, or even by reason of strength eighty. A prayer of Moses in Psalm 90:10 (circa fifteenth century BC)

Amir Tsarfati, an Israeli tour guide turned Bible teacher, uses the terms generation and lifespan interchangeably, as both LaHaye and Beshore did before him. In a January 25, 2019 message titled, The Generation That Shall Not Pass Away, he references Psalm 90:10:


However, just a year later in his book, The Day Approaching: An Israeli's Message of Warning and Hope for the Last Days (2020), Tsarfati stretches the length of a generation to 100 years. But again, his rationale is erroneously dependent on the lifespan of an individual, not on a biblical generation.

The next time you are in church, look around, and you will likely see a generation of people. You will see some newborns and you will see some of the dear saints in their nineties. This is the length of a generation - somewhere between 70-100 years. Tsarfati, Amir. (March 3, 2020) The Day Approaching: An Israeli's Message of Warning and Hope for the Last Days, pg. 32. Eugene, OR: Harvest House Publishers


Tsarfati contradicts himself and re-defines what he considers to be a generation in an interview where he describes himself as a "second generation" Israeli:

And here I am. A grandson of holocaust survivors... They moved all the way to Israel to start afresh... But here we are, and now I'm the second generation. I was born in Jerusalem, Jerusalem. Amir Tsarfati in When the Times of the Gentiles Expires (time 14:15-15:07, video source, 6/4/2021)


As we have seen, in order to maintain modern Israel's relevance in Bible prophecy, Pre-Tribbers would rather violate the meaning of Scripture, than admit that Israel is not God's prophetic clock. Unfortunately, the length of a Biblical generation is not the only End Time component that Premillennialists have had to reinvent over the years. Sadly, they will find new ways to interpret any passage of Scripture in order to fit their Doomsday-Rapture theory into current world events.