Peace in the Middle East? 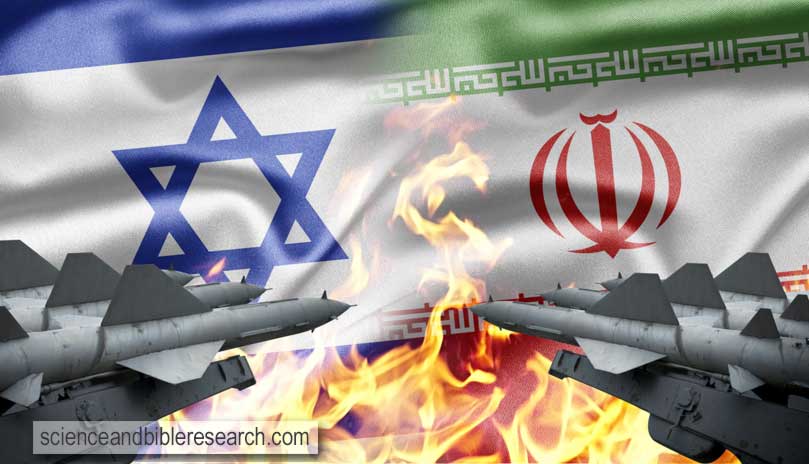 The confrontation between Israel and Iran (Photo by ruskpp)

Can prayers of peace resolve conflict between nations in the Middle East?

Pray for the peace of Jerusalem: "May those who love you be secure. May there be peace within your walls and security within your citadels."

According to the Bible, true and lasting peace has evaded the Middle East, and the nation of Israel in particular, for one specific reason.


On the day that Jesus entered Jerusalem riding a colt, He tearfully withheld His peace from the ancient city:

If you [Jerusalem], even you, had only known on this day what would bring you peace - but now it is hidden from your eyes... because you did not recognize the time of God's coming to you. Jesus Christ in regard to the city Jerusalem in Luke 19:41-44 (circa early 60's A.D.)

Jesus continued His lament over Jerusalem by prophesying its desolation. His words would be fulfilled 37 years later in September 70 A.D. (Josephus, Jewish Wars, 7.1.1 ). Jesus never told Christians to pray for the peace of 1st-century, apostate Jerusalem located in the Middle East. In fact, He said peace would be taken from earthly Jerusalem. The New Jerusalem in Heaven is God's chosen city (Galatians 4:26, Revelation 3:12, 21:2). The apostle Paul alluded to Jerusalem's demise while its residents arrogantly proclaimed peace:

While people are saying, "Peace and safety," destruction will come on them [apostate city - Joel 2:1] suddenly, as labor pains on a pregnant woman [Isaiah 66:7-8], and they will not escape [the day of the Lord]. The apostle Paul to the Thessalonians in 1 Thessalonians 5:1-3 (circa 51 A.D.)


During His earthly ministry, Jesus only gave His peace to those who demonstrated their faith in Him:

He [Jesus] said to her, "Daughter, your faith has healed you. Go in peace and be freed from your suffering." Jesus Christ to the woman who had the uncontrolled bleeding for twelve years in Mark 5:34 (circa 50's or 60's A.D.)

When Jesus sent His twelve disciples to proclaim, "The kingdom of heaven has come near [to the] lost sheep of Israel", He instructed them to impart peace only to those who welcomed them and listened to their words (Matthew 10:5-15). After His resurrection, Jesus instructed His disciples to "go and make disciples of all nations..." (Matthew 28:16-20). He did not suggest that His disciples indiscriminately bestow peace upon unbelievers. In fact, Jesus declared that the gospel would initially be a source of tension (see Matthew 10:34).


The apostle Peter explained the peace-through-Christ concept to Cornelius, the Italian centurion:

You know the message God sent to the people of Israel, announcing the good news of peace through Jesus Christ, who is Lord of all. The apostle Peter to Cornelius, a centurion in the Italian Regiment, in Acts 10:36 (circa 62-64 A.D.)

Thus, as the prophet Isaiah declared, "There is no peace," says the Lord, "for the wicked" (Isaiah 48:22, 57:21). Only those who believe in Christ can enter into God's rest (Hebrews 4:3) and thereby attain "righteousness, peace and joy in the Holy Spirit" (Romans 14:17). True and everlasting peace can only be realized by faith in the "Prince of Peace" (Isaiah 9:6), the Lord Jesus Christ. A temporary peace may, at times, be achieved through clever diplomacy, however, this is not the only kind of peace Christians ought to be praying about. Rather, it is of greater value in God's eyes to pray for the salvation of the many Muslims, Jews, Hindus, and people of other religions living in the Middle East and throughout the world (1 Timothy 2:1-6), and thereby procure a true and everlasting peace.