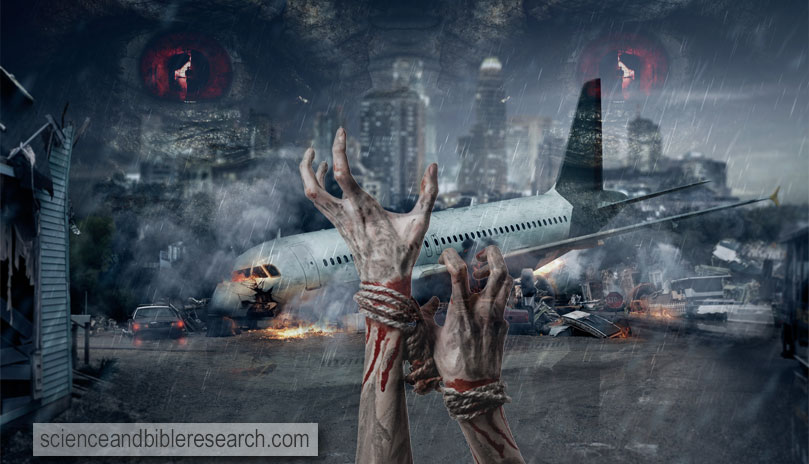 Left Behind is the adoration of the Pre-Tribulation Rapture crowd, but is its theology biblical? Although the movie and book franchise have garnered much wealth for authors and producers over the last twenty years, the 2014 reboot of the original 2000 film found little favor among the critics. For example, Michael O'Sullivan, of the Washington Post writes, "The film is amateurish on almost every level." Christy Lemire, writing for Roger Ebert says, "This is essentially an "Airport" movie with an Evangelical spin, but it lacks the self-awareness to turn such a wild concept into a guilty pleasure." Gary Goldstein, for the Los Angeles Times states, "Left Behind is also an insult to anyone hoping for any sort of credible theological discussion. The film's religious elements are shoehorned in and woefully tossed off." Despite poor reviews, writers and producers in 2016 introduced a new generation of Christian movie-goers to their erroneous vision of the last days with, Vanished - Left Behind: Next Generation.


Bad reviews from mortal humans notwithstanding, this article will consult the highest critic, Holy Scripture, to expose the true horrors of the Pre-Tribulation Rapture theory, and see how they undermine sound Christian Theology. Thankfully, one's eschatological view is not a salvation issue. However, one's preferred eschatology mustn't violate the essential truths of Christianity. As we shall see in this article, Pre-Tribulation Rapture eschatology does.


1. Christ will rapture his Church before the coming tribulation

Pre-Tribbers teach that Christ will not allow Christians to suffer tribulation. However, the Bible explicitly states that believers are not exempt from tribulation, but are expected to endure and persevere through it (Mat 24:9, Mat 24:21, Jhn 16:33, Rom 12:12, Rev 1:9, Rev 2:9-10, Rev 7:14). Even more, Jesus explicitly tells his disciples that, not before, but "Immediately after the tribulation of those days..." (Mat 24:29), he will send his angels to "gather his elect from the four winds..." (Mat 24:31). In fact, Christ warns his disciples about falling away as a result of tribulation (Mat 13:21). The Pre-Tribulation Rapture theory maliciously gives persecuted believers around the world false hope of Christ's imminent deliverance from tribulation.


Pre-Tribbers also like to use Rev 3:10 to support their pre-tribulation rapture ideology. However, the passage only states that Jesus "will keep you [the church in Philadelphia] from the hour of trial that is coming on the whole world..." Jesus does not say he will rapture them out of the world. Furthermore, if Jesus was going to take them out of the world, as pre-tribbers suppose, then how can he make the "synagogue of Satan" come and bow down before their feet (Rev 3:9)?


2. People left behind won't know what happened to all the Christians

Pre-Tribbers teach that those left behind will think that the disappearance of Christians had "something to do with UFO's or alien abduction..." (time 12:40, video source). However, their go-to-rapture passages (1Th 4:13-18, 1Co 15:51-53, Rev 4:1), clearly state that Christ's coming will be audible, with Jesus himself descending "with a cry of command, with the voice of an archangel, and with the sound of the trumpet of God" (1Th 4:16). Jesus' return will not be a secret, rather, all of creation will experience his glorious arrival from heaven.


3. The nation of Israel will be saved

Pre-Tribbers teach that the modern, secular State of Israel is God's chosen nation. This is the root of the idolatrous ideology called Christian Zionism. However, the apostle Peter declares that Jewish and Gentile believers in Christ are God's "chosen race, a royal priesthood, a holy nation, a people for his own possession..." (1Pe 2:9). Christians must behold Jesus, not secular Israel. Through Joshua, Solomon, and Jesus Christ, all of the promises God made to ancient Israel, both physical and spiritual, were already fulfilled.


Furthermore, the Bible shows us that God never gathered the Jews in the Old Testament into the promised land to live as a secular nation. Recall that Moses petitioned Pharaoh to release the Israelites from slavery in Egypt in order to serve God (Exo 4:23, 7:16, 8:1, 8:20, 9:1, 9:13, 10:3). Even the remnant of Jews that God brought back from Babylonian exile returned as servants of God (Eze 37:11-14, Neh 8:1-8). Conversely, today's Israel in the Middle East is a secular, Godless nation. Jews who came from Europe in 1948 to form today's secular Israel are not the "chosen people" of the Old Testament.


Lastly, the Book of Revelation never states that Israel, as a nation, will be saved, but only a small, representative number of Jews are "sealed from every tribe of the sons of Israel" (Rev 7:4). This is corroborated by the prophet Daniel when he writes, "everyone whose name shall be found written in the book" (Dan 12:1) will be delivered. This is also what Paul meant when he wrote that "all Israel will be saved" (Rom 11:26). This is because, as Paul stated two chapter before, "For not all who are descended from Israel belong to Israel" (Rom 9:6).


In conclusion, the horrors of the Left Behind movie and book series was never its gory nature, but rather, its misuse and gross manipulation of Scripture. This should be benign, since the movies and books are obviously fiction, and Christians should know their Bible's better. But many prominent Christian teachers (e.g., John Hagee, David Jeremiah, Amir Tsarfati, Jan Markell, et al.) continue to promote this Pre-Tribulation Rapture ideology as biblical, and even regard naysayers as the scoffers the Bible predicts will precede the Rapture in the last days (2Pe 3:3).


There are numerous other erroneous doctrines contained in the Pre-Tribulation Rapture ideology not specifically covered in this article, such as, Christian Zionism, its confusion concerning the length of a biblical generation, its belief in a God who is going to punish modern-day Jews for crucifying Jesus Christ, its radical view of the millennial reign of Christ, and its numerous false expectations of Christ's return, resulting in a great disappointment for hundreds of thousands of persecuted Christians all over the world.