Who inherits the earth? 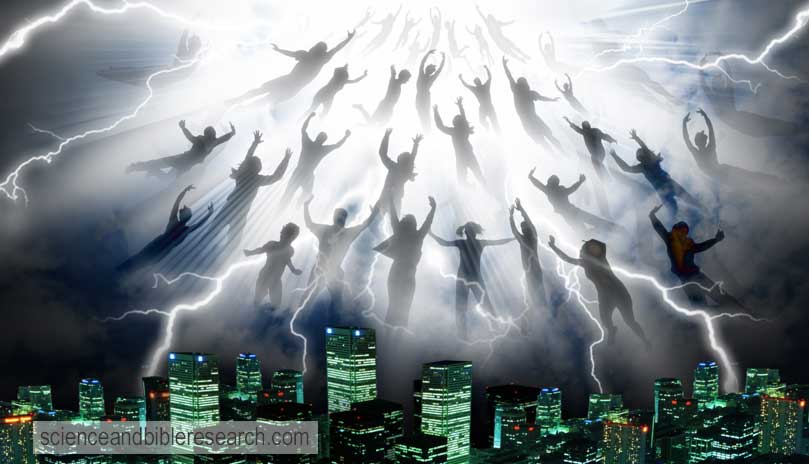 The Rapture of people out of the world (Photo by Hasenonkel)

Does the Bible predict a mass exodus of Christians that are rescued alive and taken into heaven, leaving unbelievers behind in a world of chaos?

Blessed are the meek, for they will inherit the earth.

Jesus Christ to his disciples in Matthew 5:5 (circa 50 AD)

The Bible passage in which Jesus compares the days of Noah to the coming of the Son of Man is commonly misunderstood to support a mass rapture of Christians out of the world, while the unbelievers are left behind on the earth. However, a closer examination of the same passage reveals that the opposite is true:


According to the passage above, it was the wicked that were taken away, while Noah and his family remained on the earth but were protected from the catastrophic flood waters inside the ark. Jesus applies the same scenario to the coming of the Son of Man. For example, if we compare the phrase "took them all away" (i.e., as in the days of Noah), to the coming of the Son of Man (i.e., "one will be taken"), then it seems that the wicked are raptured and taken away (i.e., killed), while the righteous are left behind but spared from God's wrath, just as it occurred in the days of Noah (Genesis 6:1-8:22).


Christians who were alive in 70 AD prior to the Roman siege against Jerusalem were gathered out of the city by Jesus' angels (Matthew 13:36-43 & 24:31) and protected in Pella, Jordan  (i.e., left behind). Conversely, the apostate Jews who remained inside the city were killed (i.e., taken away) by the Roman army, just as Jesus foretold in the Parable of the Tenants (Luke 20:9-19). Jesus' teaching is consistent with other Old Testament principles. For example, Solomon, king of ancient Israel and the wisest man on earth at the time (1 Kings 10:23), spoke plainly concerning the inheritance of the righteous and wicked:

For the upright will live in the land, and the blameless will remain in it; but the wicked will be cut off from the land, and the unfaithful will be torn from it. King Solomon in Proverbs 2:21-22 (circa 967-927 BC)

The righteous will never be uprooted, but the wicked will not remain in the land. King Solomon in Proverbs 10:30 (circa 967-927 BC)

In conclusion, we can see that God's will is for his faithful, not the wicked, to inhabit the earth. It is true that Old Testament figures, Enoch (Genesis 5:24) and Elijah (2 Kings 2:11), were both supernaturally transported into heaven while they were alive. However, that was the exception, not the rule.