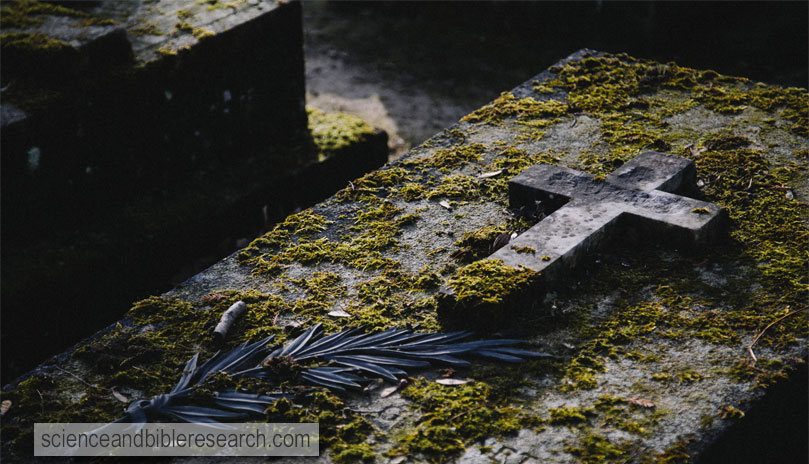 Can there be a good purpose for human death? Since God has put eternity in our hearts (Ecc 3:11), it can be difficult to imagine the process of dying (e.g., aging, disease) and death as something good. This article will show that human (physical) death was designed into God's creation for a good purpose. This doesn't violate God's goodness. For a discussion regarding God's good purpose for animal death, read my previous article.

Before we talk about God's goodness in human death, we have to determine whether or not God indeed created Adam and Eve to eventually die or live forever in their original state.


A casual reading of Genesis reveals that Adam didn't die "in the day" (Gen 2:17) that he disobeyed God. He also didn't die in the next day, or in a week or month later. In fact, he died almost a thousand years after eating from the forbidden tree (Gen 5:5). This can mean two things: (1) God decided to show mercy to Adam and Eve rather than killing them outright (Exo 33:19). (2) God was referring to their spiritual death, not a physical death. Both options are supported in Scripture. For example, we see God restraining himself from immediately destroying the disobedient, and instead showing mercy even without the sinner repenting (Exo 32:14, 2Sa 24:16, Psa 78:38, 106:45). King Solomon was aware of the difference between the physical and spiritual when he wrote, "and the dust returns to the earth as it was, and the spirit returns to God who gave it" (Ecc 12:7, Cf. Ecc 3:21). The difference between the spiritual and physical human is further expounded by Jesus Christ when he states, "And do not fear those who kill the body but cannot kill the soul. Rather fear him who can destroy both soul and body in hell" (Mat 10:28).


So what exactly did God wish for Adam and Eve to avoid by not eating from the forbidden tree? A purely physical death? This cannot be since even if they passed God's test of obedience, they still needed to partake of the tree of life (Gen 3:22). This tells us that Adam and Eve were created mortal with limited life-spans. Furthermore, God tells Adam he must return to the ground, "for out of it you were taken; for you are dust, and to dust you shall return" (Gen 3:19). Even though this statement comes after they sinned, it reveals God's original intention for the creature whom he'd fashioned from the ground. It seems logical that dust should return to the dust from which it was taken, and the spirit should return to the Spirit who gave it (Ecc 12:7).


Thus, Adam and Eve immediately suffered a spiritual death by their disobedience. This is the reason why, after covering their nakedness with loincloths (Gen 3:7), they hid themselves (Gen 3:8) from God's life-giving presence (Job 12:10, 33:4, 1Ti 6:13). Adam and Eve were divorced from their Creator as a result of their sinning against him (Isa 59:2). This kind of death requires a vastly superior remedy than eating of the physical tree of life. The tree of life in heaven serves as healing for the nations, not the giving of eternal life (Rev 22:2). For sinners, a greater remedy is required; the sacrificial death of the perfect Lamb of God, "who takes away the sin of the world!" (Jhn 1:29).


Jesus Christ frequently promises that those who believe in him will not, and never die (Jhn 3:16, 6:50, 8:51, 11:26). Yet even his closest followers (i.e., the eleven) remained faithful to their Lord and still died physically.


The Book of Revelation further clarifies the difference between physical and spiritual death. For example, Jesus instructs the church in Smyrna to be "faithful unto death" in order to "not be hurt by the second death" (Rev 2:10-11). Again, those who physically die will share in the first resurrection, over which "the second death has no power..." (Rev 20:6). This "second death" is the lake of fire (Rev 20:14). Lastly, there is again a separation involved between the saved and sinner. This is evident where those in Christ obtain a familial bond with their Creator (Rev 21:7), while the sinners are consigned to a lake of fire (Rev 21:8). Since God the Father is a spirit (Jhn 4:24), a bond or separation in a spiritual sense must be involved here, rather than a purely physical one.

Now that we've established that Adam and Eve were created with the purpose of dying physically (even if they hadn't sinned), and that Scripture makes a difference between the spiritual and physical life of the human, we shall consider God's good purpose for designing his "very good" (Gen 1:31) creation with physical death.


It's important to first understand that God is all-knowing (Psa 139:4, 1Jo 3:20) and all-powerful (Gen 17:1, Rev 21:22) and so, created all things with the end in mind (Isa 46:10, Rev 22:13). He predetermined all events well before they come to pass (2Ki 19:25, Isa 37:26). Hence, God foresaw the fall of Adam and Eve into sin and purposefully created the universe with what the apostle Paul calls, a "bondage to corruption" so that we may "obtain the freedom of the glory of the children of God" (Rom 8:21). This is a vital part of God's eternal nature. It's not as if God had a plan "A" if Adam and Eve passed, and a backup plan "B" had they failed. If God was unaware and unprepared for Adam and Eve's test results, he too would be finite and not the infinite God of the Bible. It is within this backdrop of God's eternal nature (Deuteronomy 33:27, Rom 16:26), that we can begin to see why disease and all the suffering that accompanies death, is actually "very good" and even essential for God's redemption in Christ Jesus (Heb 9:15).

There are many instances where death is spoken of in a positive manner in Scripture. For example, King Solomon writes that the day of one's death is better than the day of one's birth (Ecc 7:1). The psalmist writes that the death of the Lord's saints is "precious" (Psa 116:15). Recall the numerous faithful servants of God who died "old and full of days": Isaac the patriarch (Gen 35:29), David the king of Israel (1Ch 29:28), Jehoiada the priest (2Ch 24:15), and Job (Job 42:17). The concept of dying "full of days" denotes reaching maturity and completeness. The Hebrew term used here is śāḇēaʿ which means "sated, satisfied, surfeited." The NASB uses the term ripe as in a "ripe old age." Jesus likened his death to a grain of wheat that must die in order to yield more fruit (Jhn 12:24).


The process of dying (e.g., aging, disease) also serves a good purpose. For the sinner, physical suffering acts as a deterrent and averts greater and more severe punishment. Recall Abimelech king of Gerar, who took Abraham's wife Sarah, thinking she was his sister (Gen 20:2). When Abimelech pleaded not guilty of adultery, God answered, "...and it was I who kept you from sinning against me. Therefore I did not let you touch her" (Gen 20:6). Suffering may also lead to their salvation in Christ. Remember the man born blind that Jesus healed, which resulted in the salvation of his soul (Jhn 9:35-38).


Concerning the Christian, the apostle Paul writes that "we rejoice in our sufferings" (Rom 5:3) because it produces endurance, character, and a Christ-centered hope that "does not put us to shame" (Rom 5:5). Even more, Paul was content to suffer "weaknesses, insults, hardships, persecutions, and calamities" for the sake of Christ (2Co 12:10). This was because Paul knew that it was his weakness that allowed the power of Christ to rest on him (2Co 12:9).


Lastly, God even allows evil into the world for a good purpose. Recall the story of Joseph and how his older brothers persecuted him (Gen 37:24) and sold him to the Midianite traders who carried him to Egypt (Gen 37:28). After being falsely accused of rape (Gen 39:18) and imprisoned (Gen 39:20), Joseph was eventually set free for interpreting Pharaoh's dream about a severe famine (Gen 41:25, Gen 41:57) and given great authority (Gen 41:44). When his brothers came up from Canaan because of the famine (Gen 42:1-2), they feared Joseph would take vengeance upon them for all the evil they committed against him (Gen 50:15). But what was Joseph's reply?:

Do not fear, for am I in the place of God? As for you, you meant evil against me, but God meant it for good, to bring it about that many people should be kept alive, as they are today... Joseph to his brothers in Genesis 50:19-20 (circa 1440 BC)


We see then that God initially created everything "very good", short of perfect, with an inbuilt process of aging, disease and death. This was for a good reason: so that we may fall and rise again to eternal life in Christ Jesus!