Forget Jesus, the stars died for you 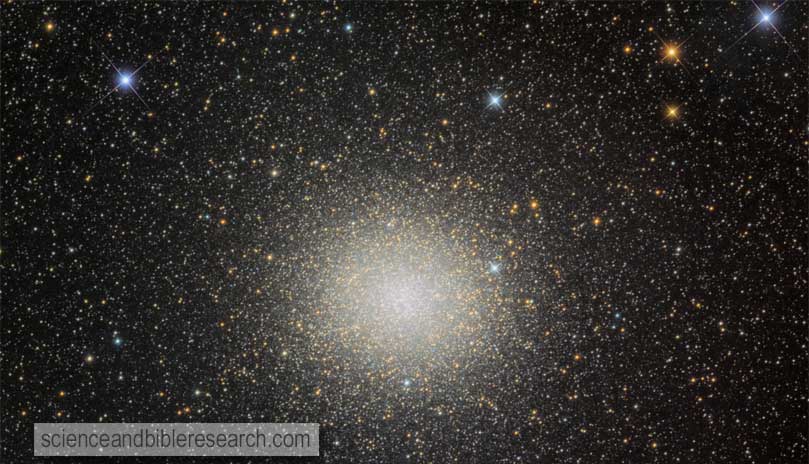 In his book titled, "A Universe from Nothing: Why There Is Something Rather Than Nothing" (2012), physicist Lawrence Krauss asserts that the stars were "kind enough to explode" in a sacrificial act akin to Jesus dying on the cross. He continues and states that "the elements - the carbon, nitrogen, oxygen, iron, all the things that matter for evolution" were created in stars and afterward found their way to Earth where they could "get into your body", making it possible for us to be here today.


Part of Krauss' statement is arguing for the theory of abiogenesis, while the other is asserting evolution. Abiogenesis is the study of "how life originally arose on the planet, encompasses the ancient belief in the spontaneous generation of life from non living matter."  Evolution is defined as "the process by which organisms change over time as a result of changes in heritable physical or behavioral traits."


How true are his statements? And, is there sufficient evidence in favor of abiogenesis and evolution so that we can, as Krauss declares, "forget Jesus", and attribute our existence to a dying star instead?


The first point we shall address are the ingredients that Krauss claims are created within the "nuclear furnaces of stars."


A star is predominately composed of hydrogen and helium. These two gases also happen to be the lightest elements of the 118 listed on the Periodic Table. Elements for life, such as carbon, nitrogen, and oxygen are thought to form via fusion reactions within the star. Heavier elements are likely formed when the star explodes in a violent event called a supernova.  In this way, after many cycles of new and dying stars, we should end up with the 118 elements known today.


So far, Mr. Krauss statement seems accurate. The 118 elements may have been created by stars, which later ejected their material into space after dying in a supernova explosion. In effect, we could be stardust. But what about the rest of his statement regarding "all the things that matter for evolution"? Were these "things" also created by stars?


The "things that matter for evolution" that Krauss must be referring to are the basic building blocks of life called amino acids. There are twenty amino acids that are vital to all living organisms on Earth. These organic compounds bond together into long chains to form protein molecules. In turn, proteins are used extensively in the body to make everything from hair to enzymes.


The largest and most complex organic molecule detected in space so far is Iso-propyl cyanide (C4H7N).  This is also the first organic molecule with a branched carbon backbone ever discovered. Unfortunately, this molecule is still not large enough to qualify as a precursor for even the smallest amino acid, glycine (NH2CH2COOH). Even more, it was found at a vast 27,000 light-years from Earth (one light year equals a distance of 5,878,000,000,000 miles).


Recently, in May 2016, it was reported that glycine was detected "naturally vaporized"  in space surrounding Comet 67P/Churyumov-Gerasimenko. This discovery is in addition to a previous finding in 2009, when glycine was detected in the gas and dust trail of Comet Wild 2.


This may appear to support Krauss' secular world-view, however, in both cases, the glycine molecule consisted of a Carbon 13 isotope signature. The most abundant Carbon isotope found on Earth and in all living organisms is Carbon 12.  Carbon 13 is extremely rare (1%) compared to Carbon 12 (98.9%). In fact, astronomers were able to rule out contamination from Earth by identifying the Carbon 13 isotope of the glycine found in and around both comets, rather than the terrestrial Carbon 12 isotope. This is similar to when, as recently as 2014, secularists believed that comets brought water to Earth, but found that the water on comets consisted of the heavier deuterium, not the terrestrial H2O. This forced scientists to conclude that "this kind of comet could not have brought water to the Earth."


Another interesting fact is that glycine is the only one of the twenty amino acids that is capable of forming without liquid water. Since space is characterized by its frigid temperatures, the principal investigator admitted that "Other, more complex amino acids require liquid water, and so would have likely formed on Earth itself."


Let us evaluate the accuracy of Krauss' statement again. So far, we find that the 118 elements could have come into existence after many generations of dying stars. However, we only found one amino acid, glycine, and it contained the wrong Carbon isotope for life. We also learned that glycine is the only amino acid capable of forming in the freezing temperatures of outer space (the remaining 19 amino acids require liquid water). In addition, we found Iso-propyl cyanide, a complex molecule floating around 27,000 light-years from Earth that is too small to function as a precursor for an amino acid. Lastly, comets contain the wrong water molecule and could not have been responsible for the water found on Earth. Thus, Krauss' statement is not completely accurate since, "all the things that matter for evolution" were not "created in the nuclear furnaces of stars."


The next pertinent question we need to answer is: Can extraterrestrial glycine survive the extremely high temperatures encountered during entry through Earth's atmosphere?


A team of scientists encased glycine in ice to test the molecule's potential to survive entry aboard an icy comet. They also blasted the ice-encased glycine with proton beams to simulate atmospheric radiation. This experiment showed that "The ice offered some protection from the radiation-induced destruction of glycine that the researchers were going for."  These results, combined with the fact that the Carbon 13 isotope of glycine is so rare on Earth (1%), clearly show that glycine is not likely to have been deposited from an Earth-bound comet.


Krauss' statement contains another erroneous feature. He ascribes a human characteristic (i.e., kindness) to an inanimate object, like stars being "kind enough to explode." This sort of language seems analogous to fairytale than science. Krauss' attempt to describe the death of a star in this way fails to consider the fact that the stars did not decide to die prematurely "so that you could be here today." Rather, stars die because they run out of hydrogen fuel , and thereby, reach the end of their natural lifespan. Conversely, Jesus willingly allowed his life to be terminated (John 10:17-18) on the cross before attaining the age of a natural death. Thus, we do not need to "forget Jesus" as Krauss erroneously proclaims.


A more scientific explanation to the origin of life is found in the first page of the Bible where it states, "In the beginning, God [the cause] created the heavens and the earth [the effect]" (Genesis 1:1). As humans, it is easier to identify with this statement than that of Mr. Krauss, since as humans, we frequently observe a designer creating things. However, we cannot witness a star exhibiting kindness in the same way we readily see a human risking their life in order to save another human from injury or death.


One final thought. The observable universe alone contains over 1 billion trillion stars. With 30 supernovae explosions occurring per second (or 1 billion per year) , one would think that if the stars did indeed create all the ingredients for life, we should at least have discovered a mere 20 amino acids floating around in outer space in relatively close proximity to Earth by now.


CITE:
Sabz, S. (2016, May 30). Forget Jesus, the stars died for you. Retrieved from https://scienceandbibleresearch.com/forget-jesus-the-stars-died-for-you.html