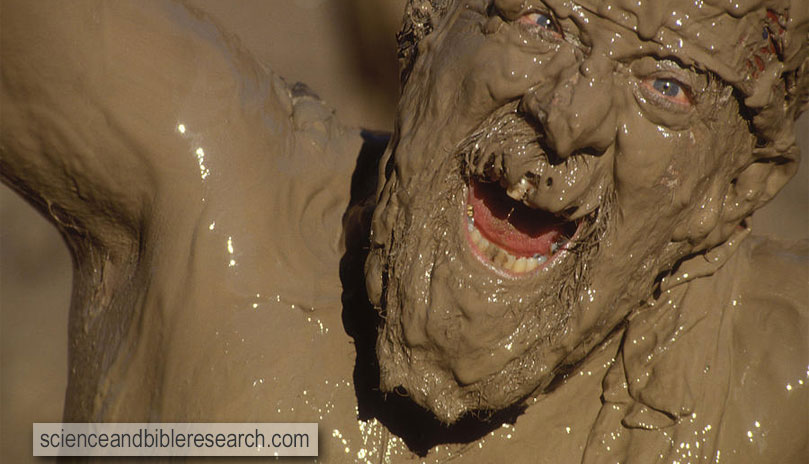 Did God create the first plants and animals fully formed? Or, does the Genesis account of creation support the concept of biological evolution? As we shall see in this article, key words and phrases, often ignored by Young Earth Creationists (YEC), discount the idea of an instantaneous and miraculous creation event.


At the forefront of the YEC camp is Ken Ham, founder and CEO of Answers in Genesis (AiG) and its two attractions: the Creation Museum and Ark Encounter. Mr. Ham believes "The various original life forms (kinds), including mankind, were made by direct, supernatural, creative acts of God (i.e., not by natural, physical processes over millions of years)" and that these creative acts were "supernatural and immediate" (source). As such, Ham derides Old Earth Creationists (OEC) who "compromise Genesis with evolution and millions of years..." (source).


Ham's understanding of Genesis is inaccurate and narrow-minded when we consider the entirety of the creation narrative. We shall begin by comparing the passages concerning the creation of vegetation (Gen 1:11-12) and land animals (Gen 1:24-25) since the wording is almost exactly the same in both.


The passages above use the same Hebrew word yāṣā' ("bring [brought] forth") to describe God using the earth as a means to create the various plant and animal life. This does not convey "supernatural and immediate" creative acts as Mr. Ham would like us to believe. If Moses wanted his readers to believe that God created the first plants and animals instantaneously, mature and fully formed, he could have used the Hebrew 'ôṯ ("sign" or "miracle"), which he used in Exodus 4:8 in regard to his hand becoming leprous and then whole again in a matter of seconds, apart from an intermediate process. Neither is the Hebrew reḡaʿ found therein, which denotes "a very short space of time", which Moses uses in Numbers 16:21 when God tells him to separate from the wicked congregation in the wilderness so that God could "consume them in a moment." Thus, the passages support the idea of God using his natural laws to guide the evolutionary process, while dismissing the YEC argument of an instantaneous appearing of the first plants and land animals out of thin air.


In the following section, we shall see that key words and phrases absent in the creation narratives of the first man and birds also support the concept of an evolutionary process guided by God's natural laws.


In the above passage, Moses describes the creation of the first man with the Hebrew yāṣar, (form) which means "squeezing into shape; to mould into a form; especially as a potter." Similar to the creation of vegetation and land animals, God used "dust from the ground" to create Adam. In addition, the absence of the Hebrew terms, 'ôṯ ("sign" or "miracle") and reḡaʿ ("a very short space of time") dismisses Ham's idea of a "supernatural and immediate" creation event of the first man as a mud figurine.

Now out of the ground the LORD God had formed every beast of the field and every bird of the heavens... Moses in Genesis 2:19 (circa 1440 BC)


Again, in the passage above, Moses speaks of God using the ground to form (yāṣar) beasts and birds. Again, the absence of the Hebrew terms, 'ôṯ ("sign" or "miracle") and reḡaʿ ("a very short space of time") dismisses Ham's idea of a "supernatural and immediate" creation event of land animals and birds.


The above passage in regard to the creation of sea creatures is unlike the former passages describing God creating man, land animals, and birds from the ground. Moses could have written that the waters brought forth the sea creatures, but instead elected to use the Hebrew šāraṣ ("to teem, swarm, multiply"). However, just like the passages concerning the creation of man, land animals, and the birds, the Hebrew terms, 'ôṯ ("sign" or "miracle") and reḡaʿ ("a very short space of time") are again absent, reinforcing the OEC creation concept where God uses the evolutionary process guided by his natural laws, which frequently appear to be "miraculous" in-and-of-themselves.


In conclusion, the only reason left for YEC's to believe in what, Ken Ham calls, a "supernatural and immediate" creation event of man, sea creatures, land animals, and birds, is a false understanding of the Hebrew yôm ("day"), which he believes refers to a literal 24-hour day. YEC's ignore how Moses uses the same Hebrew word in Genesis 2:4 to summarize all six creation days. In the same verse, Moses speaks of God creating the heavens and the earth over "generations." The Hebrew tôlḏôṯ for "generations" is translated as "account" in dynamic equivalence Bible translations like the NIV, where translators impose our modern language on ancient texts of the Bible rather than the exact English word for each word of the original Hebrew. Conversely, literal (word-for-word) translations of the Bible (e.g., ESV) use the literal translation of tôlḏôṯ (i.e., "generations"). What is more, Moses uses the same Hebrew word tôlḏôṯ ("generations") in order to summarize the "generations of Adam" in Genesis 5:1-32. Clearly then, God did not create the universe in a period of six, 24-hour days, nor did he create mature and fully formed plants, animals, and humans instantaneously out of thin air. Or as YEC's would say, "God tells us that He created life from nothing" (source). Rather, God's miraculous power in creation is realized by the implementation of his natural laws guiding the formation of living organisms in a gradual and purposeful manner. To the end, that humanity may forever ponder his great power and wisdom in our beautifully ordered universe.