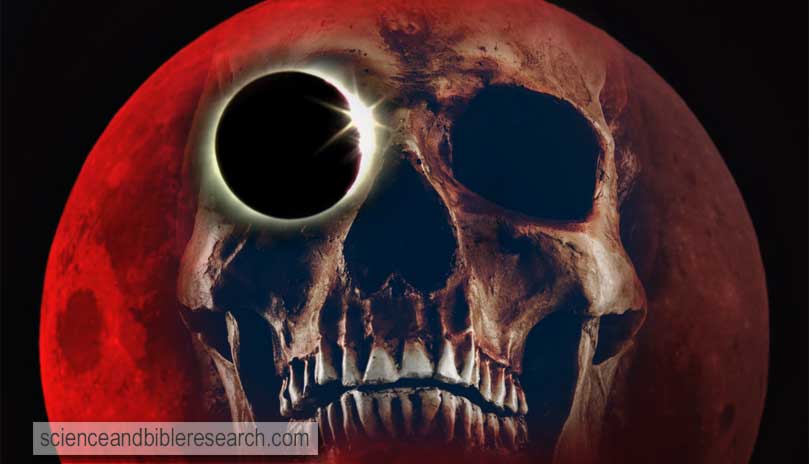 Total lunar eclipses (a.k.a. Blood Moons ) occupy the skies above Jerusalem five months apart on May 5  and October 29  in the year 68 AD. A month later on June 9, "the first among God's chief enemies" , Roman Emperor Nero (a.k.a. the beast), commits suicide . As a result, Rome descends into chaos while rivals vie for power. Meanwhile, general Vespasian orders his forces to withdraw from battle in Jerusalem, giving Christians another opportunity after the first  to escape to the mountains as Christ commanded 35 years earlier (Luke 21:20). A partial solar eclipse was also seen in Rome  and Jerusalem  a year earlier on the night of May 31 in 67 AD. The day before, stones weighing a talent pelted Jerusalem. Within months, the second and third, and fourth bowls of God's wrath were poured out on the apostate city.


In addition to the aforementioned Blood Moons and Solar Eclipses, historians record the appearance of armies of angels, a sword-like star, a heifer giving birth to a lamb, and the sound of superhuman voices in Jerusalem before its destruction by the Romans in 70 AD.


Josephus reports that there were about three million Jews in Jerusalem  during the Jewish-Roman War that ended in 70 AD. Out of those three million people, 97,000 were captured and sold into slavery or killed for sport in foreign arenas in addition to 1.1 million who were killed during the entire Roman siege. The remaining one-third (i.e., the remnant in Romans 9:27, 11:5, the firstfruits in Revelation 14:4, the sealed Jews in Revelation 7:4) called on the name of Lord (Zechariah 13:8-9) and were gathered out of Jerusalem (Mark 13:26-27) and fled into the mountains just as Jesus instructed 34 years prior (Mark 13:14, Luke 21:20-21).