Armies of angels in the clouds 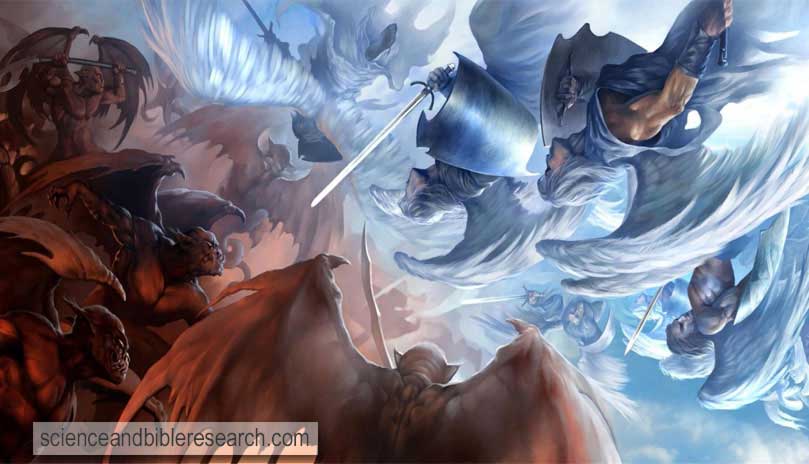 The Old Testament's description of the Lord's angelic forces is eerily similar to that of Josephus' and Tacitus' account in 66 AD:

And he [the Son of Man] will send his angels with a loud trumpet call, and they will gather his elect from the four winds, from one end of the heavens to the other.

First-century AD historians, Josephus and Tacitus, both document the appearance of what can only be described as armies of angels in the skies above Jerusalem in the spring of 66 AD:

...before sun-setting, chariots and troops of soldiers in their armor were seen running about among the clouds, and surrounding of cities. Jewish historian Josephus in Jewish Wars, 6.5.3  (circa 75 AD)

There had been seen hosts joining battle in the skies, the fiery gleam of arms, the temple illuminated by a sudden radiance from the clouds. Roman historian Tacitus in The History, 5.13  (circa 100 AD)

Hebrew author of the Book of Maccabees, a chronicle of the Jewish victories against Antiochus Epiphanes IV, king of the Seleucid Empire (175-164 B.C.), recorded "people all over Jerusalem" who witnessed angelic armies "charging across the sky" for almost forty days:


Interestingly, the Old Testament describes the appearance of the Lord's angelic forces in an eerily similar manner:

And Elisha prayed, "Open his eyes, Lord, so that he may see." Then the Lord opened the servant's eyes, and he looked and saw the hills full of horses and chariots of fire all around Elisha. The prophet Elisha in 2 Kings 6:17 (circa 850 BC)

Could these first-century AD eye-witness accounts of angels in the clouds have been the same angels that Jesus said he would dispatch after the great tribulation to gather out of Jerusalem his elect (Matthew 24:31, Revelation 18:4) and the Jews whose names were written in the book (i.e., of life) that the archangel Michael would deliver (Daniel 12:1), similar to how the Lord sent his angels to gather Lot and his family out of Sodom before its destruction (Genesis 19:15-17)? Unless there are multiple gods with armies of angels at their disposal (Isaiah 45:5), the answer must be in the affirmative. Writing sometime before the beginning of the Roman-Jewish War (66-70 AD), the author of the letter to the Hebrews states that some believers have "entertained angels unawares" (Hebrews 13:2).


Church historian and bishop of Caesarea, Eusebius, recorded the miraculous absence of holy men (i.e., saved Jews and Gentiles) from the doomed city of Jerusalem before its destruction by the Romans in 70 AD:

But the people of the church in Jerusalem had been commanded by a revelation, vouchsafed to approved men there before the war, to leave the city and to dwell in a certain town of Perea called Pella. And when those that believed in Christ had come thither from Jerusalem, then, as if the royal city of the Jews and the whole land of Judea were entirely destitute of holy men, the judgment of God at length overtook those who had committed such outrages against Christ and his apostles, and totally destroyed that generation of impious men. Bishop of Caesarea Eusebius in Church History, 3.5.3  (circa 260-340 AD)


CITE:
Sabz, S. (2014, September 24). Armies of angels in the clouds. Retrieved from https://scienceandbibleresearch.com/angels-in-the-clouds.html