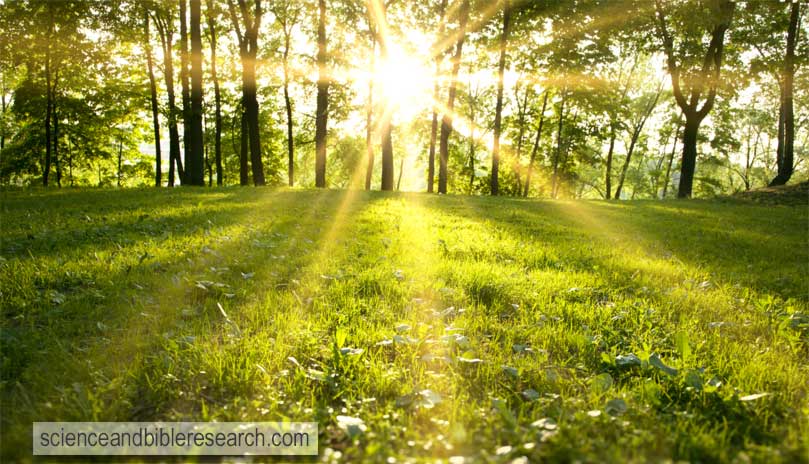 Sunlight in the green forest, spring time (Photo by peshkova)

Are the Bible's unfulfilled prophecies a sign of God's weakness, or a confirmation of His willingness to forgive and show mercy?

When God saw what they [the Ninevites] did and how they turned from their evil ways, He relented and did not bring on them the destruction He had threatened.

One of the earliest Old Testament prophets, Jonah son of Amittai (2 Kings 14:25), was sent by God to preach against the great city of Nineveh "because its wickedness has come up before me [the Lord]" (Jonah 1:2). However, instead of surrendering to the Lord's calling, Jonah embarked on a sea voyage 2,200 miles in the opposite direction (Jonah 1:3). God sought to return Jonah to his port of departure by causing a violent storm to batter their ship (Jonah 1:4). Jonah was not persuaded. Instead, he wished to die and recommended that his fellow sailors throw him overboard in order to assuage the storm (Jonah 1:11-12). Consequently, after spending three days in the belly of a whale (Jonah 1:17, Matthew 12:39-40), Jonah submitted to God's request and went to Nineveh proclaiming, "Forty more days and Nineveh will be overthrown" (Jonah 3:3-4).


The Book of Jonah apparently describes the Lord voiding His own prophecy as a result of the Ninevites' believing God and proclaiming a fast throughout the city (Jonah 3:5, Luke 11:32). Also, in response to Jonah's message, the king issued a decree for everyone to "call urgently on God... [and] give up their evil ways and their violence" (Jonah 3:8). As a result, God overturned His judgement on Nineveh. However, is this standard practice toward nations who initially rebel against God? The supposition is that, since God is both omniscient and omnipotent (Psalm 11:4, Genesis 17:1, Revelation 1:8), He already knows what the future holds and whether or not a nation will repent before He commissions one of His prophets. Therefore, any unfulfilled (or partially unfulfilled) prophecies must be completely fulfilled at a still-in-the-future date if God's prophetic word is to be considered reliable and true. As we shall see, this is an unwarranted assertion because the Scriptures will show, that God often prophesies destruction against a nation in an effort to steer its people toward moral improvement, rather than apathetically warn them of irrevocable doom.


The author of the Book of Jonah was keenly aware of an omniscient and omnipotent God who was "forgiving and good... compassionate and gracious" (Psalm 86:5-15) in judgment. So much so, that Jonah would rather be thrown into the raging sea and die (Jonah 1:11-12) than return to Nineveh, a city inhabited by a hundred and twenty-thousand children and also many animals (Jonah 4:10-11), only to see God nullify His prophesied destruction:

Isn't this what I said, Lord, when I was still at home? That is what I tried to forestall by fleeing to Tarshish. I knew that you are a gracious and compassionate God, slow to anger and abounding in love, a God who relents from sending calamity. The prophet Jonah to the Lord in Jonah 4:2 (circa 793-753 B.C.)

The Hebrews also, after escaping brutal slavery in Egypt (Exodus 1:14), stubbornly returned to their idolatry and forsook their Deliverer (Psalm 18:2, Act 7:35). Consequently, God threatened to destroy them and "make you [Moses] into a great nation" (Exodus 32:10). Mercifully, the Lord repented for the sake of His promise to Abraham, Isaac and Israel (Exodus 32:13):

Then the Lord relented and did not bring on his [Moses'] people the disaster he had threatened. The Lord to Moses in Exodus 32:14 (circa 1260 B.C.)

King David, whose nation contained 1.3 million fighters (2 Samuel 24:9), was given a choice to either endure three years of famine, three months of fleeing from his enemies, or three days of plague. Although David did not know which of the three punishments the Lord would inflict on his country, he nonetheless opted to "fall into the hands of the Lord, for His mercy is great..." (2 Samuel 24:13-14), than into human hands, precisely because he understood God's compassion in judgement:

When the angel stretched out his hand to destroy Jerusalem, the Lord relented concerning the disaster and said to the angel who was afflicting the people, "Enough! Withdraw your hand." The Lord to His angel in 2 Samuel 24:16 (circa 1010-970 B.C.)

As we have learned from the examples above, the God of the Bible frequently allows His mercy to supersede His righteous judgments and expects His followers to exercise the same approach toward one-another (Luke 6:36, Matthew 9:13, 12:7, Hosea 6:6). However, how much repentance and faith does the Lord require, in order to abandon His divine wrath? According to the following Scriptures, a small number of God-seeking practitioners is sufficient:

Go up and down the streets of Jerusalem, look around and consider, search through her squares. If you [Jeremiah] can find but one person who deals honestly and seeks the truth, I [the Lord] will forgive this city. The Lord to Jeremiah in Jeremiah 5:1 (circa 627-586 B.C.)

Even in the 1st-century A.D., the Lord tearfully implied a willingness to offer His forgiveness and peace to Jerusalem, if only they had recognized Him as their promised Messiah (John 1:11):

As He [Jesus] approached Jerusalem and saw the city, he wept over it and said, "If you, even you, had only known on this day what would bring you peace - but now it is hidden from your eyes... because you did not recognize the time of God's coming to you." Jesus Christ to the people of Jerusalem in Luke 19:44 (circa early 60's A.D.)

To summarize, God's prophetic judgments are not always etched in stone (Jeremiah 17:1). As we have seen, King David, Moses, the prophet Jonah, in addition to millions of bystanders, all witnessed the Lord's pronounced destruction rescinded because of His abundant mercies. The obvious intimacy with which these prominent, Old Testament individuals were acquainted with God's compassion indicates that not all of God's prophecies, or cancelled prophecies, were recorded for us in Scripture. As for the nations that God did judge according to their rebellion, the Lord graciously allowed ample time for its people to forsake their sin (Genesis 15:16). Finally, a modern-day, dual fulfillment of prophecy is not required and remains unsupported in the actual text of the Bible (Luke 21:20-22). An alternative, Scriptural explanation for partially fulfilled, or unfulfilled Bible prophecy is that God's desire was then, as it is today, for all to be saved (Ezekiel 33:11, Matthew 18:14, John 3:17, 1 Timothy 2:3-4, 2 Peter 3:9, Revelation 2:21). Hence, the Word of God cannot be considered any less reliable or true as a result of unfulfilled prophecies, since the Lord's motive for pronouncing judgment in the first place was first and foremost an attempt to inspire righteousness (Matthew 6:33) on the part of the recipient.