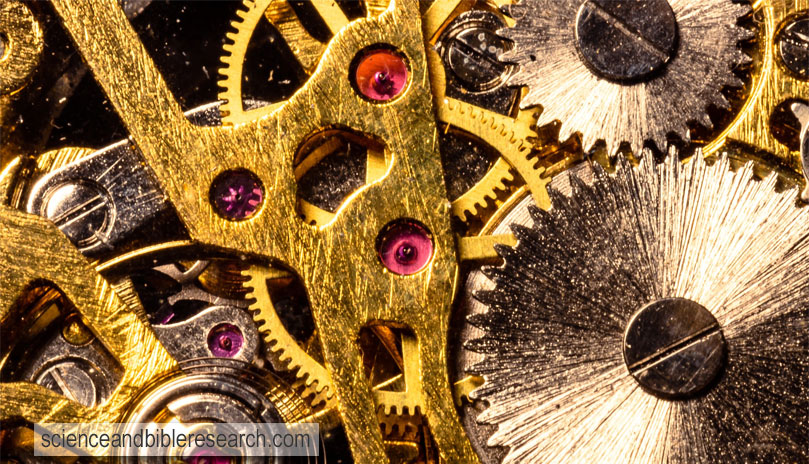 The ultra fine-tuning of our universe is well established by the scientific community. Had the cosmos not been so precisely tuned, advanced life as we know it could not exist (source). Does this provide sufficient reason to posit a First Cause, namely God, for the origin of the universe? Or, is mathematical physicist Roger Penrose's, Conformal Cyclic Cosmology, true, a theory consisting of an infinite number of cycles surrounding the universe and Big Bang, making a First Cause unnecessary (source)?


Skeptics opposing the First Cause argument accuse creationists of assuming God when we simply do not know there is a God or First Cause to the universe. Similarly, skeptics assume the absence of a First Cause in favor of infinite regress based on a lack of knowledge. Epistemology, the theory of knowledge, is concerned with the mind's relation to reality in the form of truth. Accordingly, as both atheists and creationists endeavor to know truth, we must also distinguish between what we actually know to be true, and what we believe to be true. The truth is, neither know how anything or anyone may exist or function outside or before the initial singularity which contained all the energy and spacetime of the universe (i.e., Big Bang Cosmology). Hence, both arguments are based on belief, with varying degrees of support.


In the following discussion, we shall see how the First Cause argument is the more plausible and rational explanation for the origin of our ultra fine-tuned universe.

Our universe began as a low-entropy universe. Entropy refers to the gradual decline into disorder that our cosmos and everything in it is subject to. For example, as an iceberg melts, its individual water molecules become free to move from a fixed and ordered state, to a more fluid and disordered one, becoming water. As the water is heated, water molecules are again free to move independently through the air. Thus, the water molecules in the iceberg begin in a fixed and ordered state and gradually decline into disorder in the form of water and ultimately water vapor.


The apostle Paul seems to suggest that God created his "very good" (Gen 1:31) universe this way on purpose when he tells us that God subjected his creation to futility. This "futility" apparently had nothing to do with the curse of Adam's sin (Gen 3:17), but rather with God's design; "...because of him [God] who subjected it..." (Rom 8:20). Paul goes on to reveal the reason why God initially created the world with a "bondage to corruption"; that he might one day set it free (Rom 8:21). God also declares that the ordinances which govern the universe are fixed and do not change (Jer 33:25).


The second law of thermodynamics states that the entropy of our universe is increasing over time. This means that at the Big Bang, the universe was in a low entropy state. As the universe ages, expands, and heats up (source), the energy will eventually spread out and attain equilibrium. Now if our universe began in a high entropy state with all of its energy in equilibrium, living organisms would never arise. Hence, there would be no human beings alive to observe the cosmos.


First Cause or Infinite Regress

Mathematical physicist, Roger Penrose, calculated just how special the initial conditions at the Big Bang were:

It's so special, that the odds against this special initial state coming about by chance, are less than one half in ten to the power, ten to the power, one hundred and twenty three. So if you try to write this out... with this number of zeros, you'd try to put one zero in every particle in the observable universe, you'd be way short... That's not enough room to put all the zeros in... I just want to give you some feeling for how special the initial state of the universe was... This is fine-tuning. This is incredible precision in the organization of the initial universe. Sir Roger Penrose (time, 3:00-4:06 published on October 2, 2009, video source)


Thus, the probability against a low-entropy universe arising out of the Big Bang by chance is astronomically high according to Dr. Penrose's calculation. The odds of anyone dying from a local meteorite impact are 1 in 1.6 million. That's greater than winning the Powerball jackpot (1 in 292.2 million). If we made decisions with these odds, some may never leave their homes based on an irrational fear of being crushed by a meteorite (source). Yet millions of Americans buy lottory tickets hoping to win (source). It took a genius like Penrose to produce this laborious calculation. And it also reveals just how far above and beyond the intellect of God is above that of humankind. Therefore, it is far more plausible and rational to posit a First Cause argument for the explanation of the cosmos than an uncaused infinite regress. Now the size of our observable universe is incomprehensible at about 93 billion light years across. This is comparable to Earth within the observable universe being as small as a virus within our solar system. The entire universe is much larger and may even be infinite (source).

Simple to Complex: Miracles in Evolution