Trump of God? A question of sovereignty in politics 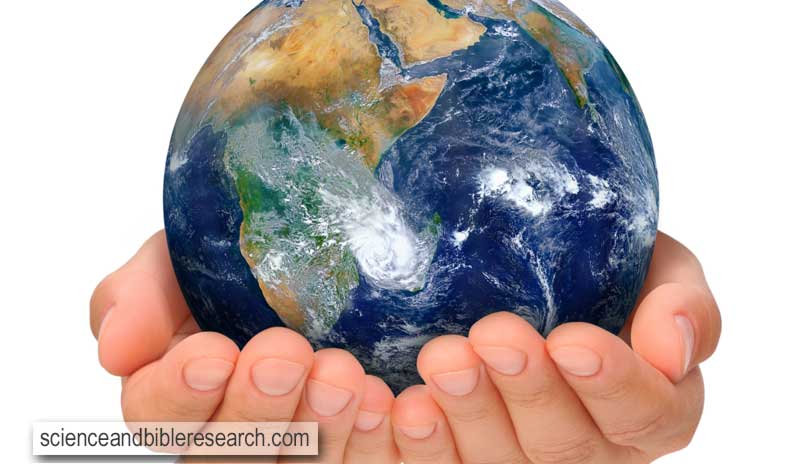 Does God select particular men or women to lead modern nations? It is indeed true that God is sovereign (Acts 4:24, 1 Timothy 6:15, Revelation 6:10), and that "he has fixed a day on which he will judge the world in righteousness" (Acts 17:31) at the Second (physical) Coming of Christ Jesus (Matthew 25:31-46, Revelation 20:11-15). However, does this also mean that God involves himself in the raising up of presidents and kings or queens in today's world?


The unexpected election of Donald Trump to the office of President of the United States on November 8, 2016  has caused some Christians to believe that God was involved in the historic outcome. For example, evangelist and missionary Franklin Graham claims, "God showed up... God's hand intervened..."  In the same way, radio host and author Dr. Michael L. Brown, writes "I believe Trump has been elected president by divine intervention."


Even before the elections, Michele Bachmann, former US representative, stated "God raised up, I believe, Donald Trump, who was going to be the nominee in this election."  Several bloggers also promoted the idea of God's personal approval of Trump leading up to the election. For example, "I believe him [Trump] to be God's choice to fulfill prophecy."  And, "Donald Trump is going to be used by God as a trumpet in America to expose darkness and perversion."


Liberty University President Jerry Falwell Jr. even went so far as to compare Trump to the Jewish King David, saying "God called King David a man after God's own heart even though he was an adulterer and a murderer. You have to choose the leader that would make the best king or president and not necessarily someone who would be a good pastor. We're not voting for pastor-in-chief."  Falwell's statement is fallacious, in that, God declared David "a man after his own heart" (1 Samuel 13:14, Acts 13:22) before he committed adultery with Bathsheba and murdered her husband Uriah the Hittite, and "despised the word of the Lord, to do what is evil in his sight" (2 Samuel 12:9-10).


The aforementioned writers' declarations concerning Trump's supposed preference by God yielded an astounding result in the popular vote. According to Pew Research, a whopping 81% of white, born-again/evangelical Christians voted for Trump  in the 2016 general election for president, the highest tally since 2004.


Christian commentators use the example of Persian and Babylonian kings Cyrus and Nebuchadnezzar respectively, "Two pagan kings, one raised up to bring judgment [on ancient Jerusalem in 597 BC] and the other raised up to bring restoration [to ancient Jerusalem in 538 BC]" , in order to support their assertion of God's probable interest in Trump. However, can we project the same divine intervention in the modern political arena? The aforementioned evangelicals often cite certain chapters in the Bible to lend support to their argument, particularly Daniel 2 and Romans 13. In the following article, we will consider these passages and their historical contexts, and in so doing, show that God is actually not interested in modern human politics.

He changes times and seasons; he removes kings and sets up kings; he gives wisdom to the wise and knowledge to those who have understanding; The prophet Daniel praises God in Daniel 2:21 (circa 556-521 BC)


In the passage above, Daniel is thanking God for revealing King Nebuchadnezzar's dream to him. In the dream, God shows the king of Babylon that he is the "king of kings... the head of gold" (Daniel 2:37-38), and that after his kingdom will come three more kingdoms. The fourth kingdom will be "strong as iron" (Daniel 2:40). Virtually all Bible commentators agree the King Nebuchadnezzar’s dream described the ancient and now defunct kingdoms of Babylon, Medo-Persia, Greece, and Rome. The fifth and last kingdom in the dream is the kingdom of heaven which God will set up, "in the days of those kings." This kingdom is a spiritual kingdom, as is evidenced by it being likened unto "a stone [that] was cut out by no human hand... became a great mountain and filled the whole earth" (Daniel 2:34-35).


It is clear then, that the kings which God "removes" and "sets up", were the kings of the four kingdoms in Nebuchadnezzar’s dream. The last and fourth human kingdom, ancient Rome, began its decline in the 5th-century AD. God set up his own kingdom by destroying the kingdoms of men and replacing them with a spiritual kingdom that will eventually fill the earth. Ultimately, the last king which God set up was his beloved Son, the Lord Jesus Christ (Matthew 3:17, Colossians 1:13, 2 Peter 1:17), King of kings and Lord of Lords (1 Timothy 6:15, Revelation 17:14, 19:16). Jesus began his rulership after his resurrection/ascension circa 30 AD (Matthew 28:18, Philippians 2:9-11). Why would God have any interest in raising up kings and presidents in the modern world when he has his own Son sitting right beside him in heaven, "far above all rule and authority and power and dominion, and above every name that is named, not only in this age but also in the one to come" (Ephesians 1:20-23)?


Another pertinent passage of Scripture espoused by proponents of the "Trump of God" movement in regard to God's supposed involvement in human politics follows:

Let every person be subject to the governing authorities. For there is no authority except from God, and those that exist have been instituted by God. Therefore whoever resists the authorities resists what God has appointed, and those who resist will incur judgment. The apostle Paul to the Romans in Romans 13:1-2 (circa 57 AD)


Paul's statement above is in reference to a particular place and time (i.e., Rome in the 1st-century AD). He was specifically addressing believers in the capital city in the year 57 AD while Nero was Emperor. This points back to Daniel's dream of a fourth kingdom (i.e., the Roman Empire), during which time, God would "set up a kingdom that shall never be destroyed" (Daniel 2:44). Paul's statement regarding authority "instituted by God... what God has appointed" seems to echo Daniel 2:21, "…he [God] removes kings and sets up kings", which we already discussed above. In addition, the context is about the established order that government provides, not any specific leader. Even if Paul was referring to a particular leader, there were apostles and prophets present in those days who would be able to reveal such by the divine authority of the Holy Spirit.


God never used elections to appoint any particular kings in the Old Testament. Rather, he used prophets. The only time God allowed the will of the people to circumvent his sovereignty was in the case of king Saul. And even then, Saul had to be anointed by the prophet Samuel (1 Samuel 10:1). Where is the modern prophet today telling us that God "raised up" Trump like there was in the Old Testament concerning the kingship of Cyrus or Nebuchadnezzar? Since the foundation that the apostles and prophets finished laying expired some 2,000 years ago in the 1st-century AD (Ephesians 2:20-22), there is no valid authority to make any such proclamation in today's political environment.


God’s complete word doesn't imply that he raises up presidents nor kings and queens in the modern era. You see, when God raised up King Cyrus and King Nebuchadnezzar, there was a particular people-group (i.e., the physical descendants of Abraham, Isaac, and Jacob) he wanted to make holy and dwell with (represented by his presence in the temple). Since the advent of Christ and the destruction of Jerusalem and its temple in 70 AD, there is no physical boundary or ethnic representation of God's people or nation. We are all (i.e., believing Jews and Gentiles) one in Christ and God's people. Since the kingdom of heaven is the here and now, God doesn't need to raise up earthly leaders. We have Christ our King reigning over all the cosmos from his throne in heaven (Hebrews 8:1, Revelation 3:21).


We see then, that the timeframe and context is specific to the 1st-century AD, since God already set up his spiritual kingdom in the latter part of the 1st-century AD in the days of the Roman Emperors beginning with Augustus, during whose reign, Jesus Christ was born. Another colossal event also occurred in the days of those kings of the Roman Empire, specifically during the reign of Emperor Nero and his successor Vespasian: that is, the destruction of apostate Jerusalem and its idolatrous temple in 70 AD by the Roman armies. This effectively removed all vestiges of the Old Covenant form of worship (i.e., the temple and its animal sacrifices). God doesn’t need to intervene in the affairs of human government anymore. His kingdom has no boundaries and transcends all other kingdoms.


God was, is, and always will be sovereign, but he doesn't appoint or raise up rulers as he did during the Jewish temple eras, which ended with the destruction of the 3rd (Herod's) temple in 70 AD by the Romans. To suggest that God appoints rulers on earth, after Christ ascended and now rules over all heaven and earth, is to say that there is some sort of hierarchy in authority. This is erroneous. Christ alone is the sovereign ruler over the nations (Psalm 22:28), with only God his Father above him, and no earthly president, king or queen below him on earth. It does not matter who is president, king or queen, nothing is going to prevent Almighty God from concluding world history on the day he has appointed (Acts 17:31). Neither does he require pagan or Christ-believing individuals in the highest office of the land through which to exercise his sovereignty. And, nothing and no one will prevent Christ from building his Church here on earth (Matthew 16:18).


Although God no longer appoints kings, queens, or presidents, it's still a good idea and Christ-like to submit to and honor governing authorities (Romans 13:1-2, 1 Peter 2:17).


CITE:
Sabz, S. (2016, November 12). Trump of God? A question of sovereignty in politics. Retrieved from https://scienceandbibleresearch.com/trump-of-god-sovereignty-politics.html