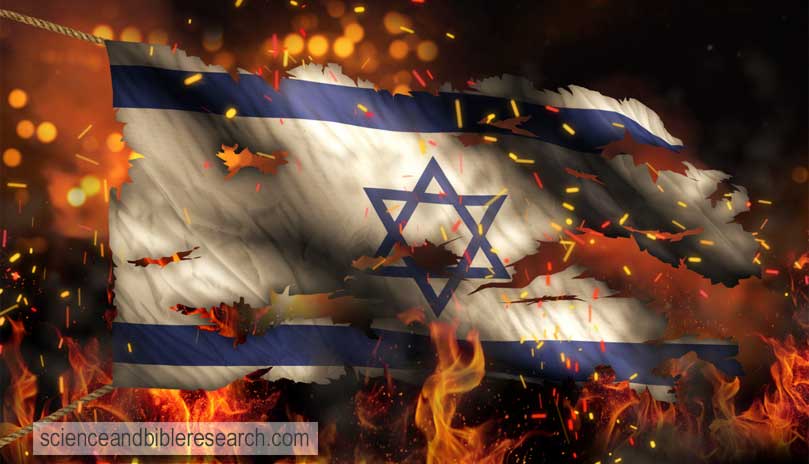 After three and a half years of "very great peace and prosperity"  as a Roman province, the governor of Herod's temple in Jerusalem along with the temple priests agree to discontinue the service of making sacrifices and offerings on behalf of Caesar (Daniel 9:27). This occurred about a week before the festival of Xylophory.  The breaking of the Jewish-Roman treaty was the "true beginning"  of the Jewish rebellion against the Roman Empire. Their rejection of customary temple sacrifices was the "highest instance of impiety"  and would result in Roman condemnation of Jerusalem. This was a brazen display of hostility toward Roman Emperor Nero as the Jews also "forbid even their oblations to be received." This harsh response by the Jewish authorities was national suicide for Jerusalem and its residents. The drastic decision was due-in-part to the army of horsemen and footmen that marched against Jerusalem under Gessius Florus (Roman procurator of Judea from 64 until 66 AD),  who "by design was to have a war kindled"  against the Jews on purpose. Florus had previously stolen "seventeen talents out of the sacred treasure" at which time the citizens of Jerusalem "ran together to the temple, with prodigious clamors, and called upon Caesar by name, and besought him to free them from the tyranny of Florus" (John 19:12-15). Procurator Florus (appointed by emperor Nero) afterward whipped and crucified 3,600 men, women, and children  in retaliation. But before all of this, some of the "great men of the Jews"  persuaded Florus with eight talents in order to gain his favor against the Greeks.


The beginning of the Jewish-Roman alliance occurred on Feb 5, 138 BC in response to Syrian oppression. This "league of friendship and mutual assistance"  was facilitated by Hyrcanus the high priest. The "terms of the treaty"  included mutual defense during wartime and the official recognition of the Jewish people as friends and allies of Rome. A record of the treaty was engraved on bronze tablets and sent to Jerusalem.


The terms of the agreement between Rome and Jerusalem later came to include the performance of "sacrifices twice every day for Caesar, and for the Roman people"  at the temple in Jerusalem. Emperor sacrifices were in effect during the reigns of Tiberius (14-37 AD) and Caligula (37-41 AD) and continued up until 66 AD during the reign of Nero (54-68 AD).


Frequent confirmations of the treaty between Jerusalem and Rome were made in order to "preserve our [Jewish] religion without any prohibition."  The last confirmation of the treaty probably occurred when the final upgrades were made to the third (Herod's) temple in 63 AD, after which, a period of "very great peace and prosperity"  followed in Jerusalem for three and a half years until 66 AD. After an additional 3.5 years later in 70 AD, Jerusalem and its temple would be utterly destroyed.