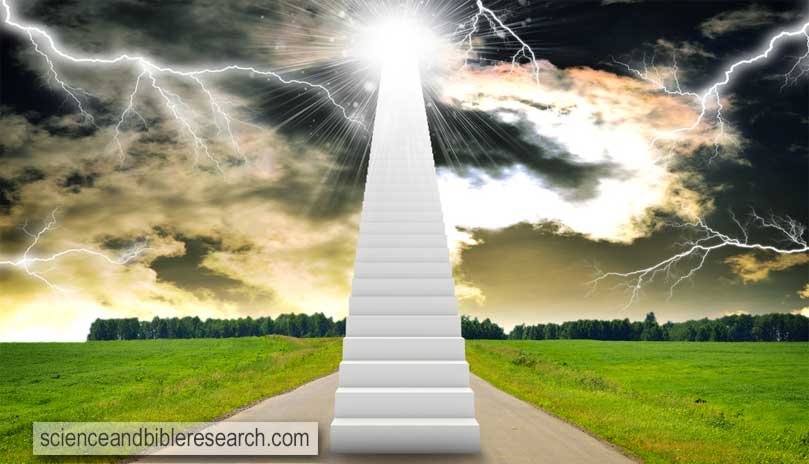 Is there a correct and accurate way to interpret the Bible? As it relates to the prophetic literature found in Scripture, there are five different view points concerning the preferred rendering of the Book of Revelation (i.e., the futurist, the preterist, the historicist, the idealist, and the eclectic approach).  According to J. Barton Payne's, Encyclopedia of Biblical Prophecy: The Complete Guide to Scriptural Predictions and Their Fulfillment (1980) , approximately one quarter of the verses contained in the Bible are prophetic (this includes both the Old and New Testaments).


One of the more popular and mainstream methods of interpreting Revelation is that of the Futurist (a.k.a. Dispensational Premillennialist, or simply, the Doomsday-Rapture theorist). This newer form of interpretation relies on outdated and already fulfilled Old Testament promises to ancient Israel. Its many failed predictions and false expectations have been reinvented over the years in an effort to maintain the profitability of its numerous books and movies.


The age-old, tried-and-true method of interpreting Bible prophecy is called Orthodox (a.k.a. Partial or Classical) Preterism. Orthodox Preterists, or simply - Preterists, see most prophetic passages of the Bible as already fulfilled by the end of the first-century AD. All that remains to be accomplished in the future is for Jesus Christ to physically return to raise the dead (which is when the rapture also occurs), preside over the final judgment, and create a new heaven and earth devoid of sin and death (as per Revelation 20:7 - Revelation 22:5). This manner of interpretation honors the timeframe and primary audience indicated by the writers of the New Testament. It is also the only method of interpretation that avoids adding, deleting, or forcing a modern world-view into an otherwise ancient-Near Eastern, sacred text like the Bible.


We shall accomplish the task of correctly and accurately rendering Bible prophecy by adhering to the following T.I.P.S. acrostic when approaching Scripture:

The letter T in the acrostic denotes timeframe. Prophetic passages of the Bible have a timeframe attached to them, indicating the expected point in time when the prophecy should be fulfilled.


Timeframe can be deduced by knowing when the prophet spoke, to whom he was speaking, and the historical circumstance of his primary audience. For example, Futurists teach that the creation of the modern, secular state of Israel in 1948 was the fulfillment of Isaiah 66:8, where the prophet posed this rhetorical question: "Shall a land be born in one day? Shall a nation be brought forth in one moment?" However, their interpretation is flawed when we consider the timeframe element. You see, Isaiah's ministry lasted from about 740 to 700 BC. He prophesied to Israel about 100 years before King Nebuchadnezzar conquered Jerusalem and carried the Jews off into Babylonian captivity. The nation of Israel would be "born in one day... brought forth in one moment" in 538 BC when, by the decree of the Lord's anointed King Cyrus of Persia (Isaiah 45:1), Jews returned to the land of Israel to rebuild Jerusalem and the second temple.


In regard to the Book of Revelation, Futurists ignore the obvious timeframe reference that the apostle John provides when revealing the identity of the ruling emperor during which he recorded the vision. John tells us that the beast-kingdom consisted of five dead kings, and that he was writing during the reign of the sixth king (Revelation 17:10). Since the Roman Empire is in view here, we can conclude that John was writing during the reign of Emperor Nero (54-68 AD). He was the sixth king to rule over the empire after the previous five (Julius, Augustus, Tiberius, Caligula, Claudius). John also predicted that the next king after Nero would "remain only a little while" (Revelation 17:10). Galba, who seized power after Nero's suicide, spent only seven months and seven days in office before being murdered. Read how Roman Emperor Nero fulfilled other End Time prophecies here and here.

The letter I in the acrostic denotes the invisible manifestation of the Lord Jesus Christ in judgment on the apostate nation of Israel during the first Jewish-Roman War for rejecting their prophesied Messiah.


An invisible manifestation of the Divine is common throughout the Old Testament and continues into the New. The prophets frequently describe God coming in judgement upon rebellious and apostate nations veiled, or hidden, in meteorological phenomena such as clouds, thunder, lightning, and fire, etc. (Psalm 18:11-12, Jeremiah 4:13, Isaiah 19:1, et al.).


In fact, in his Olivet Discourse, Jesus borrows Old Testament language to convey the exact same idea when he quotes from the Book of Daniel: "I saw in the night visions, and behold, with the clouds of heaven there came one like a son of man, and he came to the Ancient of Days and was presented before him." (Daniel 7:13. Cf: Matthew 24:30, 26:64, Mark 13:26, 14:62). Notice that the Son of Man does not descend to earth, rather, he is ushered into God's presence and "given dominion and glory and a kingdom..." (Daniel 7:14). John reveals early in the Book of Revelation that Jesus was already present in heaven when he saw "a Lamb standing, as though it had been slain..." between the throne and the four living creatures and twenty-four elders (Revelation 5:6, see also Revelation 3:21).

The letter P in the acrostic denotes the physical return of the Lord Jesus Christ sometime in the future, when, at the last day, he will raise the dead and preside over the final judgment.


Futurists make the mistake of combining passages of Divine manifestation, as noted above, with passages pertaining to Jesus Christ's still-in-the-future, physical return to earth. Futurists fail to make this distinction in the apostle Paul's first and second letters to the Thessalonians. For example, in 2 Thessalonians 1:7-8, Paul describes the Lord Jesus being "revealed from heaven... in flaming fire..." The context of the passage is about vengeance and clearly speaks of a Divine manifestation similar to Matthew 24:30 & Daniel 7:13 (see also Revelation 1:7, 19:11-12), not a physical return. Conversely, the physical return of Christ is described by Paul in his first letter to the Thessalonians where he explicitly states that "the Lord himself will descend from heaven..." (1 Thessalonians 4:16). The context of this passage, unlike the one in 2nd Thessalonians, is the future resurrection. For an in-depth study of the difference between Jesus’ divine manifestation and physical return, continue here.

The letter S in the acrostic denotes the Spirit of God and the extant written word by which he breathed (2 Timothy 3:16) the same word to the now extinct prophets and apostles.


This is in stark contrast to the Futurist's over-reliance on drawing inferences from symbolic, or obscure passages in Scripture. For example, Futurists like author John MacArthur believe that the locusts in Revelation 9:1-3 are symbolic of demons. In Because the Time is Near, pg. 162 (2007), he states that "these were not ordinary locusts, but demons, who, like locusts, bring swarming destruction."  Before this, author Hal Lindsey in his book The Late Great Planet Earth, pg. 42 (1970), erroneously interpreted these locusts to symbolize Vietnam-era attack helicopters.  In the same book, Lindsey stated that "the decade of the 1980s could very well be the last decade of history as we know it."  The true interpretation of the apostle John's locust army is described here.


The Holy Spirit communicated the word of God through the written word of God (i.e., Scripture). It is fallacious to make unfounded inferences from passages that do not explicitly say so in the actual print. We must give honor to the divinely-inspired apostles and prophets by allowing the simple and unambiguous passages in the Bible to interpret the less clear and ambiguous ones. One should never attempt to interpret the ancient text of the Bible using a non-Hebrew, 21st-century mindset.


Futurists sometimes presume that they can pray over a particular passage and receive the guidance of the Holy Spirit. But this only leads to myriad personal interpretations instead of what the Holy Spirit actually wants to convey to the reader by studying the written word which he already breathed out and preserved within the pages of the Bible.


In addition to the aforementioned T.I.P.S. acrostic that will help you accurately interpret End Time prophecy, other important principles to remember when interpreting Scripture in general are outlined below: