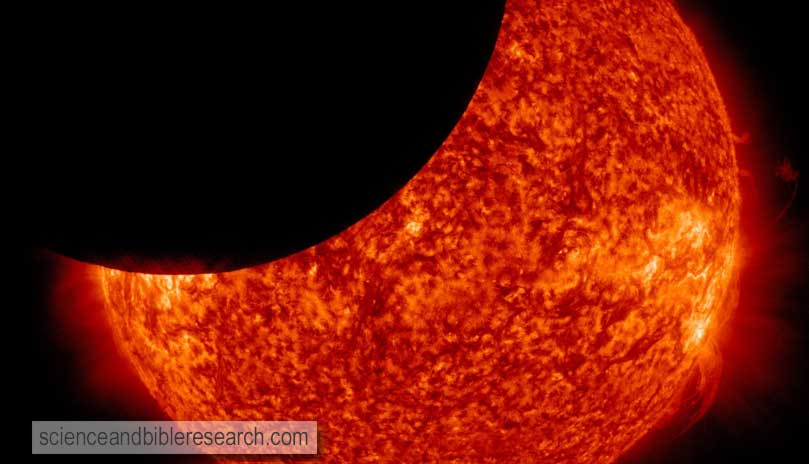 Solar and Lunar eclipses, Peter tells crowd they're living in the last days

A year before Jesus' crucifixion and resurrection, the sun is darkened and the moon turns blood red in 32 A.D. in the skies above Jerusalem on April 28th at 7:47 a.m.  and October 7th at 2:00 p.m.  respectively. A few days before the crucifixion of Jesus, the Moon is eclipsed  on April 3rd (16th of Nisan) in 33 A.D. during Passover. One month after Jesus' resurrection on the day of Pentecost on the 6th day of Sivan (May 22nd) in 33 A.D., Peter tells the crowd that this is the fulfillment of the prophet Joel's last days prophecy (Acts 2:15-17). 3,000 are saved and baptized on the same day as a result (Acts 2:40-41). Four months later in September of the same year, only 15 days apart, the sun  and moon  are darkened again in the skies above Jerusalem at 10:54 a.m. and 4:22 a.m. respectively.

CITE:
Sabz, S. (2015, May 22). Solar and Lunar eclipses, Peter tells crowd they're living in the last days. Retrieved from https://scienceandbibleresearch.com/sun-moon-darkened.html