Did God give Satan authority over all the nations of the world? 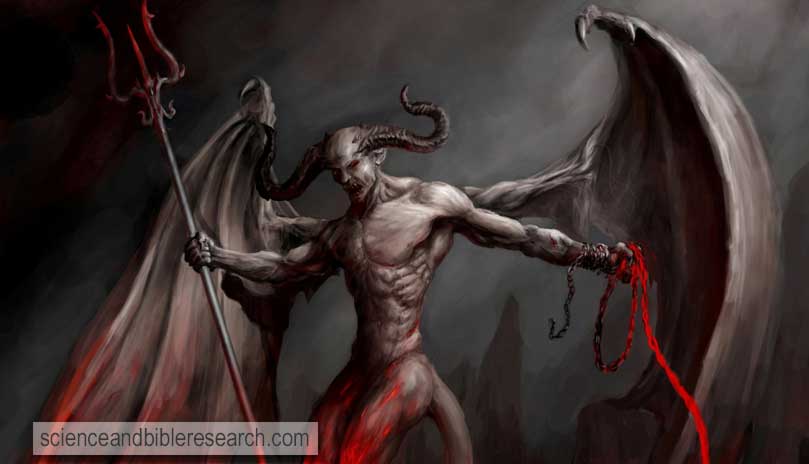 Satan claimed to have been given all authority over all the kingdoms of the world. However, does the Bible actually support his assertion?

And the devil took him [Jesus] up and showed him all the kingdoms of the world in a moment of time, and said to him, “To you I will give all this authority and their glory, for it has been delivered to me, and I give it to whom I will. If you, then, will worship me, it will all be yours.

Contrary to Satan's claim in the passage above, the prophet Daniel revealed to Babylonian king Nebuchadnezzar II (605-561 BC) that "the Most High rules the kingdom of men and gives it to whom he will and sets over it the lowliest of men" (Daniel 4:17; see also Psalm 47:8-9, Psalm 22:28, Romans 13:1-7). This revelation is consistent with God's initial command to the first man and woman, Adam and Eve, to "Be fruitful and multiply and fill the earth and subdue it, and have dominion over the fish of the sea and over the birds of the heavens and over every living thing that moves on the earth" (Genesis 1:28). Daniel's reference to the "lowliest of men" was ultimately a reference to Jesus, "who for a little while was made lower than the angels" (Hebrews 2:9; see also Philippians 2:5-8). Satan's deceptive influence over the kingdoms of the world, however, is acknowledged in the Bible (1 Chronicles 21:1, Isaiah 14:12, Revelation 12:9 & 20:7-10).


Satan, also known as the dragon, serpent, or devil, (Revelation 12:9 & 20:2), is a fallen angel who rebelled against God (Luke 10:18) sometime after Creation (Genesis 3:1-7). But why would a superior angel, who as a spirit being living in the presence of the Almighty God, rebel against his Creator? In his Handout Theology lecture on Angels, the late Dr. John H. Gerstner (1914-1996), speculates that the angel who would become Satan, rebelled against God because he was not about to tolerate the humiliation of having to serve inferior mortal humans in their pursuit of salvation (time 15:05).


Other references to Satan as the "god of this world" (2 Corinthians 4:4), "ruler of this world" (John 12:31, 14:30 & 16:11), and "prince of the power of the air" (Ephesians 2:2) were specifically in regard to the 1st-century, pagan-Rome-governed and apostate Jewish world at the time whose inhabitants "loved the darkness rather than the light because their works were evil" and who rejected the Light of the Gospel of Jesus Christ that came into the world (John 3:19-21). The "end of the age" (Matthew 24:3, 13:49), when Satan was allowed to deceive people (Revelation 12:12, 20:3), occurred in 70 AD with the destruction of Jerusalem and its 2nd temple by the Romans.


Scripture informs us that it was in the late 60's AD, that Satan gave his "power and his throne and great authority" over emperor Nero and his Roman Empire for 42 months (Revelation 13:2-5, Daniel 7:23-25) during the Great Tribulation (Revelation 7:13-15). However, Satan has since been bound in the Abyss for an indefinite period of time (Revelation 20:1-3). Satan will be released for a short time and allowed to deceive the nations once more. Finally, Satan will be thrown into the lake of fire and will never be allowed to deceive the nations again (Revelation 20:7-10).


Thus, Satan seemed to be lying, or telling a partial lie (John 8:44), when he claimed to possess "all this authority and their glory" at the time of Jesus' temptation circa 30 AD. God alone is sovereign over all the world's nations, and has given "All authority in heaven and on earth" to His Son, the Lord Jesus Christ (Matthew 28:18, Cf. Daniel 7:14, Revelation 1:5). Jesus is reigning everywhere right now from His throne in Heaven. He is currently building the Church (i.e., His spiritual kingdom) which will one day fill the whole earth (Daniel 2:35, Luke 13:18-19).


CITE:
Sabz, S. (2014, October 29). Did God give Satan authority over all the nations of the world? Retrieved from https://scienceandbibleresearch.com/satan-authority-nations.html