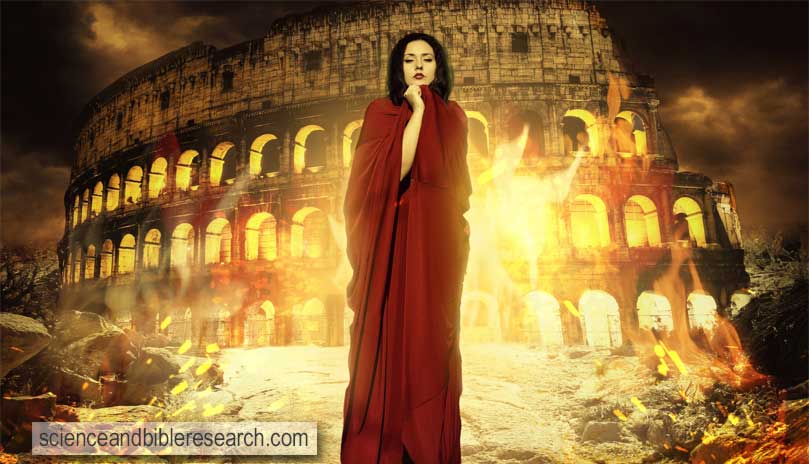 On the hot summer day of July 18th in 64 AD, an enormous fire breaks out in Rome that burns for six days and seven nights which destroys half the city. Rumors circulate that emperor Nero started the fire in order to free up property for his building projects. In conversation, he is reported to have said, "When I am dead let fire devour the world. "Nay," said he, "let it be while I am living."  Nero responds by blaming and arresting Christians, whom he publicly slaughters in the most horrific way during the dies imperi (regnal day anniversary) festivities in celebration of his 10th year as emperor of Rome (Revelation 15:1-3). Tacitus reports that "an immense multitude was convicted... Mockery of every sort was added to their deaths. Covered with the skins of beasts, they were torn by dogs and perished, or were nailed to crosses, or were doomed to the flames and burnt, to serve as a nightly illumination, when daylight had expired."  The apostles Peter and Paul, "the two olive trees and the two lampstands" of the Lord (Zechariah 4:11-14, Revelation 11:3-4), at the same time suffer martyrdom at his hands. This granted Nero the title, "first among God's chief enemies."  Nero was given authority over Christians until his death on June 9th in 68 AD, approximately 42 months after imperial-sponsored persecutions began (Revelation 11:3-7, Revelation 13:5-7).