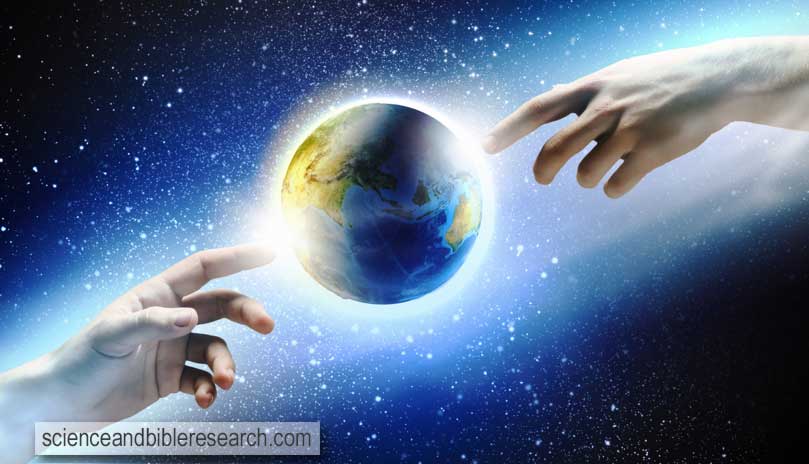 Close up of human hands touching with fingers, based on Michelangelo picture (Photo by SergeyNivens)

Did God begin to exercise His grace toward Gentiles in the 1st-century A.D., after the sacrifice and resurrection of His Son, the Lord Jesus Christ? Or, was God always gracious to both Gentiles and Jews?

Surely you have heard about the administration of God's grace that was given to me for you, that is, the mystery made known to me by revelation, as I have already written briefly.

The passage above is frequently cited by Dispensationalists  as evidence of God establishing an administration, or dispensation (as in the King James Version Bible), of grace toward unbelieving Gentiles. Grace is defined as "God's benevolence to the undeserving"  and is the catalyst for an individual's salvation (Ephesians 2:8-9). This dispensation of grace (a.k.a. the Church Age), as supposed by Dispensationalists, was absent in the Old Covenant and was only recently (i.e., after Christ's resurrection) inaugurated in the New Covenant and originally entrusted to Paul, the "apostle to the Gentiles" (Romans 11:13, Galatians 2:8, 1 Timothy 2:7). Accordingly, the unmerited favor (i.e., grace) of God would finally allow saved Gentiles to have fellowship with His chosen people (i.e., believing Jews). Dispensationalism also teaches that this current Church Age, or the era of God's grace unto Gentiles, will end when all born again believers are secretly raptured out of this world to be with Jesus Christ in Heaven. However, a closer study of the passage, and the Bible as a whole, will show that God's plan always included saved Gentiles and saved Jews into the one Body of Christ (Numbers 15:15, 1 Kings 8:41-43, Isaiah 56:3-8, Ezekiel 47:22-23). Furthermore, God administered His grace toward fallen humanity from the beginning (Genesis 3:21, 6:8, Exodus 33:17, Job 33:26, Psalm 30:5, 84:11, 103:8, Isaiah 66:2, Jonah 4:2, Romans 5:20, Galatians 3:18, 2 Timothy 1:9, Revelation 13:8). His grace abounded even more so to both Jews and Gentiles in the New Covenant through Jesus Christ (John 1:14-17, Zechariah 12:10).


The first point to consider from Paul's statement to the believers in Ephesus, is that God administered His grace to him for the benefit of the Gentiles (it was "given to me for you..." [Ephesians 3:2, Colossians 1:25-28]). He reiterates this not many verses after when he says, "I became a servant of this gospel by the gift of God's grace given me through the working of his power... this grace was given me: to preach to the Gentiles the boundless riches of Christ..." (Ephesians 3:7-8). Recall that this same Paul (formerly Saul) was previously a persecutor of the church in Jerusalem (Acts 8:1-3) before his conversion (Acts 9:1-17, 13:2). We know that the evidence of God's grace in the life of a believer is the gift of faith exercised by the recipient. This faith is a product of God's grace. Hence, grace (unmerited favor) had to be given to Paul by God in order for him to believe (Ephesians 2:8-9). The passage does not speak of Paul being the first administrator of God's grace, since God frequently administered His grace to foreigners in addition to the physical descendants of Abraham prior to Paul's salvation (Isaiah 44:28, 45:1, Daniel 4:37, Jonah 3:10, Matthew 8:10, 15:22-28, Luke 4:24-27, 17:17-19, 2 Maccabees 9:12-20).


The next point to consider in order to properly understand the passage is, "the mystery made known to me [Paul] by revelation..." (Ephesians 3:3). Paul says that he had already written about this mystery briefly, probably alluding to Ephesians 1:9-10. Nonetheless, Paul later elaborated on the content of this mystery that God disclosed to him:

This mystery is that through the gospel the Gentiles are heirs together with Israel, members together of one body, and sharers together in the promise in Christ Jesus. The apostle Paul to the Ephesians in Ephesians 3:6 (circa 60 A.D.)

Earlier in the same passage, Paul contradicts the Dispensationalist's assertion that the administration of God's grace is somehow constrained to a certain period of time (i.e., from Christ's resurrection up until the rapture) when he says, "... the mystery of Christ, which was not made known to people in other generations as it has now been revealed by the Spirit to God's holy apostles and prophets" (Ephesians 3:4-5). This mystery was, "for ages past", incomprehensible to the average person before Paul, or "kept hidden in God" (Ephesians 3:9, Colossians 1:25-28). The passage by no means indicates that God began something new with Paul, rather, that grace to Gentiles was only a mystery to people in the Old Covenant. Paul continues and states "that now, through the church, the manifold wisdom of God should be made known to the rulers and authorities in the heavenly realms..." (Ephesians 3:10). Thus, although common people failed to grasp this concept in the past, the inclusion of all people (i.e., Jews and Gentiles) in the Body of Christ was always God's modus operandi (Romans 3:21-24). In other words, the dispensation of grace was indeed present in the Old Covenant, although remained a mystery to ordinary people, but not to God Himself. It is in Christ Jesus, that the age-old administration of this mystery (i.e., grace to all people) is now made "plain to everyone" through the church (Ephesians 3:9-10).


God's plan was always to include Gentiles into the one body of Christ through faith. God promised to make faithful Abraham "a father of many nations" (Genesis 17:5), not just Israel. Jesus taught the same thing (John 10:16). Paul did too (Ephesians 3:6). The Church is the continuation and fullness of God's promise to Abraham.


Was this "gospel" by which Gentiles and Jews are coheirs of God's grace (Ephesians 3:6) nonexistent until the first advent of Christ? According to the apostle Paul in his letter to the Romans (chapter 10 verses 5 through 13), Moses preached this same gospel concerning faith more than one thousand years before Christ:

Now what I [Moses] am commanding you today is not too difficult for you or beyond your reach... No, the word is very near you; it is in your mouth and in your heart so you may obey it. Moses to all the Israelites in the wilderness in Deuteronomy 30:12-14 (circa 1260 B.C.)

The prevalence of Jews who supposed that only other Jews could find favor (grace) with God (Acts 10:27-28) was likewise common in the first-century A.D., as alleged by Peter, himself a Jew and "apostle to the circumcised [physical Jews]" (Galatians 2:8). However, after having received a vision from God where he was told to eat "impure or unclean" animals (Acts 10:14), Peter realized what the Lord was trying to tell him:

I now realize how true it is that God does not show favoritism but accepts from every nation the one who fears him and does what is right... All the prophets testify about Him [Jesus Christ] that everyone who believes in him receives forgiveness of sins through his name. The apostle Peter to a large gathering of people inside the house of Cornelius, an Italian centurion in Acts 10:34-43 (circa 62 A.D.)

Concerning Paul's statement about "the mystery of Christ, which was not made known to people in other generations" (Ephesians 3:4-5), King Solomon, the wisest man of his time (1 Kings 4:29, 10:24), clearly understood God's, grace to all, practice. For example, at the dedication of the newly built temple, Solomon included foreigners in his prayer to the Lord:

As for the foreigner who does not belong to your people Israel but has come from a distant land because of your name - for they will hear of your great name and your mighty hand and your outstretched arm - when they come and pray toward this temple, then hear from heaven, your dwelling place. Do whatever the foreigner asks of you, so that all the peoples of the earth may know your name and fear you... King Solomon to the whole assembly of Israel in 1 Kings 8:41-43 (circa 967 B.C.)


In conclusion, the Law of the Old Covenant was transcended by grace in the New Covenant because Jesus Christ was willing and able to satisfy the ultimate requirement of the Law (Romans 8:3-4). However, grace abounded through faith even while the Law was in effect (Romans 4:16, 5:20-21). Also, since saving faith can only be attained by the grace of God (Acts 15:11, Ephesians 2:5-8, 2 Timothy 1:9), anyone who calls on the name of the Lord in faith can only do so by the dispensation of that same grace (Hebrews 11:4-31, Ruth 1:16). Lastly, God has and always will be gracious (Exodus 34:6-7), and His dispensation thereof through His Church will never be terminated (Proverbs 3:34, James 4:6, Ephesians 3:21).