On Prayer And Support For Israel: an Analysis 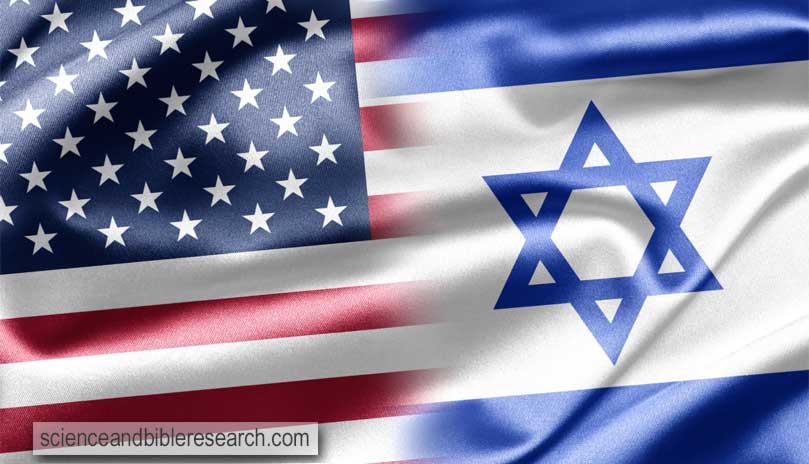 The following article is a line-by-line analysis of the Southern Baptist Convention (SBC) resolution titled, On Prayer And Support For Israel (St. Louis, MO - June 14-15, 2016) . In it, the SBC mistakenly equates the modern Jewish state with that of ancient Israel found in the Old Testament. As we shall see, separating the Old Testament from the New in regard to the Biblical status of national Israel is fallacious and imparts a false sense of security to our ally in the Middle East.


This is of significant importance since 2016 happens to be a Presidential election year in the United States and many evangelicals consider support of the Jewish State a high priority for endorsement.


The Holman Christian Standard Bible (HCSB) will be used for all Scripture quotations since that is the version the SBC used in its resolution. Sections marked "N/A" mean that a statement is unimportant from a theological point of view.


SBC Resolution On Prayer And Support For Israel

WHEREAS, The Old Testament declares God's promise to Abram, "I will make you into a great nation.... I will bless those who bless you, I will curse those who treat you with contempt, and all the peoples of the earth will be blessed through you" (Genesis 12:1–3); and

God already fulfilled his promises to Abram (aka Abraham) and the oath which he swore to him (Genesis 26:3). The descendants of Abram’s second son, Isaac (the son of promise - Romans 9:6-8), ruled the geopolitical world in the 10-century BC under King Solomon for a period of 40 years:


May the LORD be praised! He has given rest to His people Israel according to all He has said. Not one of all the good promises He made through His servant Moses has failed. (1 Kings 8:56)


God already cursed the nations that treated Israel with contempt when he subdued all of her enemies by the hand of King David (see also 2 Samuel 8:11-15):


When the king had settled into his palace and the LORD had given him rest on every side from all his enemies... (2 Samuel 7:1)


The apostle Paul already explained how "all the peoples of the earth will be blessed through you [Abraham]" in his letter to the Galatians:


Now the Scripture saw in advance that God would justify the Gentiles by faith and told the good news ahead of time to Abraham, saying, All the nations will be blessed through you [Genesis 12:3]. So those who have faith are blessed with Abraham, who had faith. (Galatians 3:8-9)


WHEREAS, Israel represents the descendants of Jacob as an ethnic, cultural, and national entity (Genesis 32:28); and

The passage of Scripture cited above involves God changing Jacob's name to Israel. Hence, Israel is a person. God blessed Israel, formerly Jacob, the patriarch (Genesis 32:29), not a "national entity." Also, Paul already explained what "Israel represents" in his letter to the Romans. In addition, Paul calls "all those who follow this standard [a new creation in Christ v. 15]" the "Israel of God" (Galatians 6:16).


But it is not as though the word of God has failed. For not all who are descended from Israel are Israel. Neither are they all children because they are Abraham’s descendants. On the contrary, your offspring will be traced through Isaac. That is, it is not the children by physical descent who are God's children, but the children of the promise are considered to be the offspring. (Romans 9:6-8)


The modern-day Jewish State of Israel was initially populated by European Jews who trace their roots back to Poland, the former Soviet Union, Romania, Hungary, Czechoslovakia, etc . It is impossible to determine their ethnic lineage from the patriarch Jacob since those records were destroyed in the first-century AD when the Romans burned Jerusalem and Herod's temple to the ground. NOTE: This is not an argument against their right to exist as a nation in the Middle East.


WHEREAS, The New Testament affirms that salvation is from the Jews and that God's Word concerning Israel will be fulfilled (John 4:22; Romans 9-11); and

The gospel of salvation "from the Jews" was already fulfilled in the first-century AD when Jesus Christ declared himself their Messiah circa 30 AD (John 4:25-26). Applying this statement to all Jews is erroneous since not all Jews believe in the gospel of Christ and are therefor enemies of God the Father (John 8:43-44). Paul defines the kind of Jew through which salvation emanates from:


On the contrary, a person is a Jew who is one inwardly, and circumcision is of the heart - by the Spirit, not the letter. That man's praise is not from men but from God. (Romans 2:29).


How can an ethnic Jew be a source of salvation unless they are a true Jew (i.e., "one inwardly")? External, Christ-rejecting Jews cannot transmit the gospel of salvation merely because of their physical descent. In fact, they are the enemies of the gospel (Romans 11:28).


Romans chapters 9 through 11 are commonly misunderstood to mean that all ethnic Jews will one day be saved as a nation. However, this false notion is easily refuted when Paul declares:


But it is not as though the word of God has failed [Paul is lamenting his Christ-rejecting fellow Israelites, v. 3-4]. For not all who are descended from Israel are Israel. Neither are they all children because they are Abraham’s descendants. On the contrary, your offspring will be traced through Isaac. That is, it is not the children by physical descent who are God’s children, but the children of the promise are considered to be the offspring. (Romans 9:6-8)


Paul is attempting to dispel any false assertions concerning the failure of God's word to save all Israelites and prevent their rejection of Jesus (John 19:12-15). Paul explains that God’s word accomplished exactly what he wanted it to do (Isaiah 55:10-11), since Jews of physical descent are not regarded as true Israel. John made this abundantly clear when he told the Pharisees and Sadducees that God is "able to raise up children for Abraham from these stones (Matthew 3:9)! Furthermore, Jesus already predicted that he would be rejected and murdered by the Jews (Mark 8:31, 10:33). God himself declared that only a third (Zechariah 13:7-9), or remnant (Isaiah 10:22, Romans 9:27), of ethnic Jews would actually be saved. Also, the Jews persecuted believers in Jesus’ day (John 9:22, 20:19) and apparently, their hostility toward believers continued in Paul's day as well (Acts 9:23-24, 13:50, 14:19, 18:12, 21:27-28, 23:12). Again, this is not a failure of God's word to save every single Jew since external Jews (i.e., Christ-rejectors) do not belong to Israel in the first place. All of true Israel was already saved according to Paul's prophecy. Jews in addition to Gentiles continue to be saved even today.

Praying for the "peace of Jerusalem and for the salvation of Israel" is commendable. But the specific command to pray for the peace of ancient Jerusalem, was prior to God’s rejection and destruction of the apostate city and its idolatrous temple in 70 AD. New and holy Jerusalem in heaven is now the city of God:


The victor: I will make him a pillar in the sanctuary of My God, and he will never go out again. I will write on him the name of My God and the name of the city of My God - the new Jerusalem, which comes down out of heaven from My God - and My new name (Revelation 3:12).


WHEREAS, We share with the nation of Israel many values as the only democratic ally of the United States in the Middle East; and

This is a misleading statement. The modern nation of Israel may indeed share many values with the United States in regard to politics and laws, but they do not share in the same values concerning Christ and salvation. In fact, the Jewish State actively suppresses knowledge of their Messiah.


WHEREAS, The Boycott, Divestment, and Sanctions (BDS) Movement seeks to isolate the nation of Israel economically and socially; and


WHEREAS, We are concerned by anti-Israel activities in this country within certain university campuses, academic and professional associations, and popular culture; and


WHEREAS, We thankfully remember that we are indebted to the Jewish people, who gave us much of our Bible and our Lord Jesus Christ, the Messiah, now, therefore, be it

We are not "indebted to the Jewish people." Christians are indebted to Christ and God alone for the work performed at the cross (Colossians 2:14). Ethnic Jews were enemies to their own state of Israel and Christians in the first-century AD in their war against the Romans. They despised the word of God (Numbers 14:11, Hosea 4:6, Malachi 1:6). Apostate Jews neglected the Bible, so much so, that they lost the Book of the Law for many generations.  When it was finally discovered and read again, King Josiah (641-609 BC) "tore his clothes" in anguish (2 Kings 22:19).


Ethnic Jews did not give the world Jesus Christ. Apostate Jews living in the first-century AD rejected and crucified the Messiah. Faithful, circumcised in heart, Jews (i.e., Mary and Joseph) gave us our Lord.


RESOLVED, That the messengers to the Southern Baptist Convention meeting in St. Louis, Missouri, June 14–15, 2016, commit to bless Israel; and be it further

Israel as a nation does not need the arbitrary blessing of believers. Rather, they need the gospel just like every other people group on earth (John 6:29).


RESOLVED, That we support the right of Israel to exist as a sovereign state and reject any activities that attack that right by promoting economic, cultural, and academic boycotts against Israel; and be it finally


RESOLVED, That at this critical time when dangerous forces are mounting up against the nation of Israel, we recommit ourselves to pray for God’s peace to rule in Jerusalem and for the salvation of Israel, for the Gospel is “God’s power for salvation to everyone who believes, first to the Jew” (Romans 1:16).


God, having raised up his servant, sent him to you first, to bless you by turning every one of you from your wickedness. (Acts 3:26)

End of SBC Resolution and Analysis


Thus, the New Testament reveals that the Church is the continuation of the now obsolete form of worship previously administered by the nation of Jews (Hebrews 8:13). Jesus taught that the kingdom of God would be taken away from the apostate nation of Israel and given to another nation (Matthew 21:33-46, 1 Peter 2:9) consisting of both Jews and Gentiles (John 10:16). Jews and Gentiles are equal in God's eyes (Romans 3:22, 10:12), and Gentiles were always welcome into the house of God (Genesis 17:12, Exodus 12:48, Mark 11:17). Lastly, the presence of God on the earth now inhabits the Body of believers (Ephesians 3:9-10). Jesus himself declared that his first-century AD disciples were the light of the world, a city on a hill (Matthew 5:14), not national Israel.


CITE:
Sabz, S. (2016, July 1). On Prayer And Support For Israel: an Analysis. Retrieved from https://scienceandbibleresearch.com/on-prayer-and-support-for-israel-analysis.html