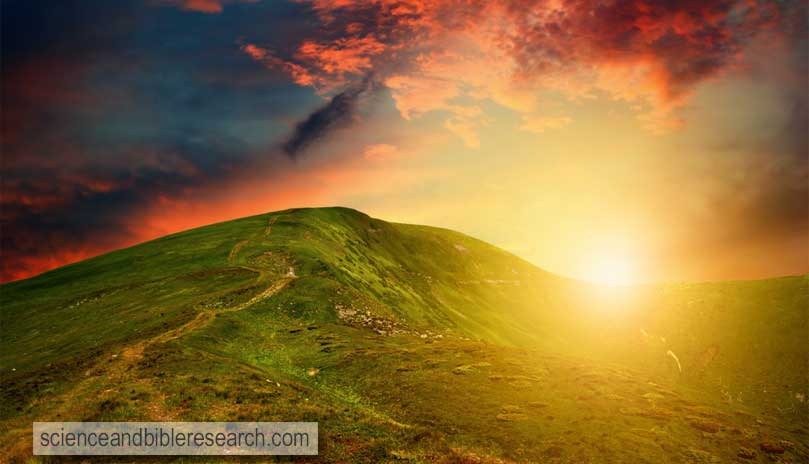 After the Shekinah Glory of the Lord had departed from the temple the day before as reported by Josephus and Tacitus, historians inform us that the radiant manifestation of God's glory had relocated to a hill beside the doomed city called the Mount of Olives. Eusebius (263-339 AD), an early church father and historian, says that it was for this reason that Christians assembled there after the Romans destroyed Jerusalem and its 3rd (Herod's) temple in 70 AD:


Which it [Ezekiel 11:22-23] is possible for us to see literally fulfilled in another way even today, since believers in Christ all congregate from all parts of the world, not as of old time because of the glory of Jerusalem, nor that they may worship in the ancient Temple at Jerusalem, but they rest there that they may learn both about the city being taken and devastated as the prophets foretold, and that they may worship at the Mount of Olives opposite to the city, whither the glory of the Lord migrated when it left the former city. Eusebius of Caesarea: Demonstratio Evangelica, Book 6, chapter 18


Eusebius writes that this event fulfilled the vision that Ezekiel was given sometime in the 6th century BC:

Then the cherubim, with the wheels beside them, spread their wings, and the glory of the God of Israel was above them. The glory of the Lord went up from within the city and stopped above the mountain east of it. Ezekiel the prophet in Ezekiel 11:22-23 (circa 597-574 BC)

Rabbinic literature also attests to the departure of the Shekinah Glory from the temple before its destruction and coming to rest atop the Mount of Olives:

Three and a half years the Shekinah abode upon the Mount of Olives hoping that Israel would repent, but they did not. Rabbi Jonathan in Midrash Rabbah, Lamentations proem 25 (circa 400-500 AD) from The Rabbinic Targum of Lamentations, pg. 91

Only after the Shekinah Glory of the Lord had departed from the temple could the Babylonians in 586 BC and later the Romans in 70 AD succeed in destroying it. This is consistent with Scripture where it states, "The Lord has rejected his altar and abandoned his sanctuary" (Lamentations 2:7).


Mount Olivet is located east of and adjacent to Jerusalem's Old City. The Mount of Olives is also where Jesus gave his Olivet Discourse concerning the end of the age (Matthew 24:1-35, Mark 13:1-31, Luke 21:5-38). Luke adds that Jesus spent the night at the top of the mount after teaching in the temple each day (Luke 21:37-38). This is also the place where Jesus ascended into heaven after his resurrection (Acts 1:10-12).