Microorganisms in the Bible? 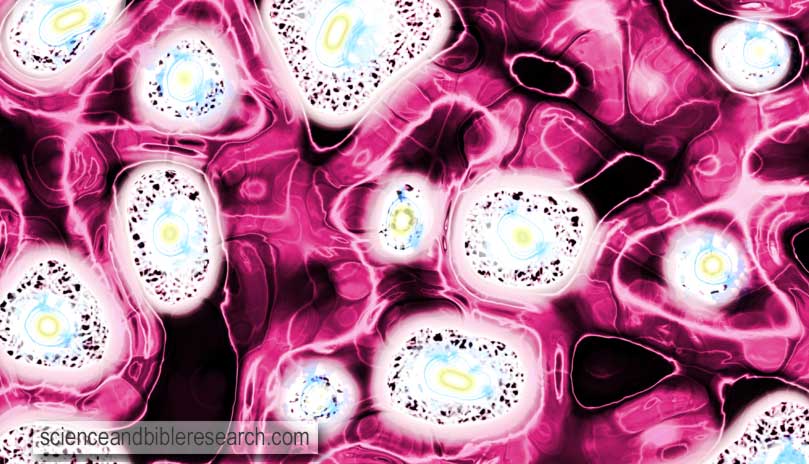 Did the Bible reveal the existence of microorganisms millennia before the officially recognized discovery in 1674 by Antonie Van Leeuwenhoek?

The book of Leviticus (circa 1260 B.C.) introduces us to the symptoms of a "defiling skin disease" (incorrectly translated as leprosy in the KJV Bible ) called Tzaraat  (Leviticus 13:1-29). The passage prescribes quarantine, shaving one's head, and placing a covering over one's mouth (Leviticus 13:45-46), as well as burning the clothing of one stricken with the disease (Leviticus 13:52). It also describes a cleansing ritual that incorporates medicinal plants (Leviticus 14:1-8) such as cedar (Cedrus libani) and hyssop (Origanum syriacum).


Symptoms associated with Tzaraat were probably caused by the fungus, Trichophyton . This microbe infects the skin, hair, and nails and is easily transmitted from human to human  by, for example, "directly touching the person or by sharing their comb" . Interestingly, researchers found that cedar (Cedrus libani) is "highly effective against tested microorganisms by preventing their growth" . Likewise, researchers report that the "antimicrobial activity of the essential oil [Origanum syriacum] was superior to those of the other extracts" .


Additional evidence indicative of the knowledge of pathogenic microorganisms and their propensity to spread from one person to another is revealed in Old Testament health laws:

Anyone the man with a discharge touches without rinsing his hands with water must wash their clothes and bathe with water, and they will be unclean till evening. The Lord to Moses and Aaron in Leviticus 15:11 (circa 1260 B.C.)

Health laws in regard to a corpse also reveal a foreknowledge of noxious microorganisms:

This is the law that applies when a person dies in a tent: Anyone who enters the tent and anyone who is in it will be unclean for seven days, and every open container without a lid fastened on it will be unclean. The Lord to Moses and Aaron in Numbers 19:14-15 (circa 1260 B.C.)

Individuals who happened to touch, or be in the vicinity of a corpse were instructed to undergo a cleansing ritual in addition to "wash their clothes and bathe with water..." (Numbers 19:19). It should be noted that water does not necessarily kill microorganisms, however, washing with water disperses them, reducing the concentration of harmful microbes present.


Isolating (i.e., quarantine) an individual manifesting the symptoms of a defiling skin disease, as prescribed in Old Testament health laws, also alludes to the foreknowledge of communicable microorganisms:

Clinical quarantine was first instituted late in the fourteenth century, when its purpose was to isolate people infected with the bubonic plague that devastated Europe for three years . The practice is still used today and successfully prevents the human-to-human transmission of pathogens. This was evident in the recent Ebola outbreak in Nigeria on July 23, 2014. Isolation wards were "immediately" constructed. As a result, the country (Muslim 50%, Christian 40%, indigenous beliefs 10% ) was officially declared free of Ebola virus transmission only three months later on October 20, 2014. Fortunately, a dreaded "apocalyptic urban outbreak never happened"  thanks to the application of an Old Testament health law.


Thus, it is evident that the precautionary measures prescribed in Old Testament health laws were designed to reduce the likelihood of spreading infectious diseases caused by microorganisms.