Mark of the beast? 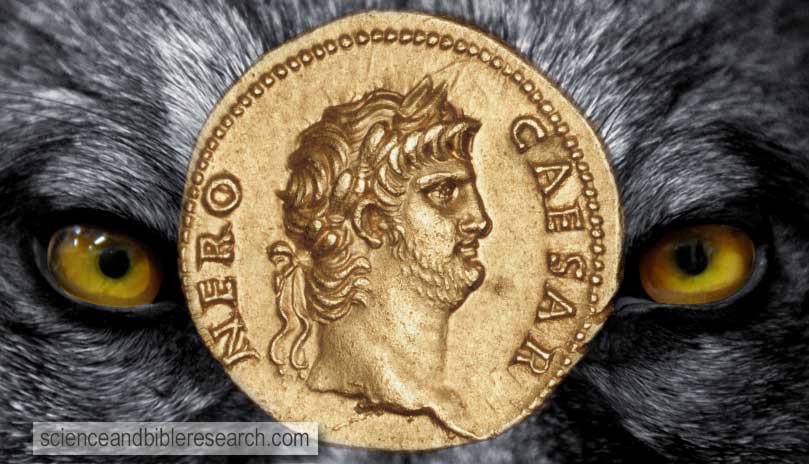 Beautiful eyes of a wild wolf (Photo by cynoclub)

Is microchip implant-technology the anticipated "mark of the beast" that was foretold almost 2,000 years ago in the apostle John's vision of the apocalypse? In the past, Doomsday-Rapture theorists erroneously claimed it was Roosevelt's NRA (1933-1935), Hitler's swastika (1939-1945), and emperor Constantine's (306-337) enforcement of the Sunday Sabbath through the Roman Catholic Church.

It [the beast] also forced all people, great and small, rich and poor, free and slave, to receive a mark on their right hands or on their foreheads, so that they could not buy or sell unless they had the mark, which is the name of the beast or the number of its name... That number is 666.

Some claim that a tyrannical, world leader will soon require all people to obtain an RFID microchip  implant under the skin of their hand or forehead, allowing them to buy or sell in a cashless, global economy. However, is this what the passage teaches? A careful word-study of the text will reveal a more accurate interpretation.


The Greek word charagma, used for mark in the passage above, refers to "a stamp, an imprinted mark... of idolatrous images."  Elsewhere in the Bible, the same Greek word is used to refer to "an image made by human design and skill" (Acts 17:29). The apostle Matthew used a similar term, eikōn  (the origin of the word icon), to refer to the image of Caesar imprinted on a Roman coin used for the poll-tax in Jesus' day (Matthew 22:19-20).


The transliteration for the word on in the Greek is epi, as in "upon, on, over..."  (e.g., epidermis, epimysium, epicardium). It does not mean in (i.e., their right hands or foreheads) as the KJV Bible erroneously renders it.  This concept was first described in the Old Testament, when the Lord instructed Moses that the "observance [Festival of unleavened bread] will be for you like a sign on your hand and a reminder on your forehead that this law of the Lord is to be on your lips" (Exodus 13:9). Additionally, the "number of its name" is a reference to numeric values assigned to letters in the Hebrew (i.e., Gematria ) and Greek (i.e., Isopsephy ) alphabets. Lastly, In ancient times it was common for governments to mint coins that were imprinted or stamped with their leader's image and circulated as official currency. This monetary policy is still used today in modern forms of government. 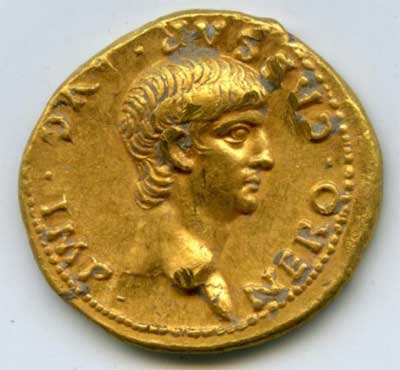 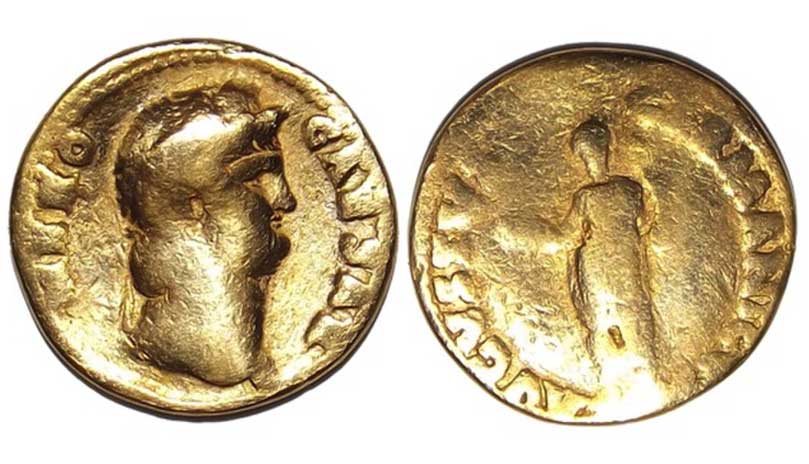 If we confer with the relevant, aforementioned Bible passages, the proper interpretation indicates that the "mark of the beast" was a reference to a coin stamped with the image of an individual (i.e., the beast) whose name equaled 666. Historically, the sixth emperor of the Roman Empire, Nero (54-68 A.D.), fits the apostle John's description. For example, emperor Nero's officially recognized title, Caesar Nero, equals 666 in Jewish numerology (i.e., Gematria). Nero also minted coins bearing his deified image as currency for all Roman subjects, "so that they could not buy or sell unless they had the mark" (Revelation 13:17). Furthermore, he was infamously known by the populace and historians as a "tyrant, monster, social beast"  who "inflicted the most exquisite tortures [on] an immense multitude [of Christians]"  during his tenure as emperor (Revelation 13:7).


The reference to receiving the mark "on their foreheads" signified one's personal allegiance to the beast and rejection of the Lord Jesus Christ. Compare and contrast similar terminology and symbolism in John's description of God's seal on the foreheads of believers in Christ:

Then I saw another angel coming up from the east, having the seal of the living God. He called out in a loud voice to the four angels who had been given power to harm the land and the sea: "Do not harm the land or the sea or the trees until we put a seal on the foreheads of the servants of our God." Jesus Christ's angel to his servant John in Revelation 7:2-3 (circa late-60s A.D.)

The apostle Paul also spoke of the sealing power of the Holy Spirit (see also 2 Corinthians 1:21-22):

When you believed [in the gospel of Christ], you were marked in him with a seal, the promised Holy Spirit... The apostle Paul to the Ephesians in Ephesians 1:13 (circa A.D.)

While all residents of the Roman Empire (i.e., the geo-political world in the 1st-century AD) were forced to adopt the new currency, God's judgement was reserved only for anyone who both "worships the beast and its image and receives its mark on their forehead or on their hand... will drink the wine of God's fury" (Revelation 14:9-10). The same principle applied to Jesus' command for converts to be baptized (Matthew 28:19). For example, while a person may believe and not be baptized, only "whoever does not believe stands condemned" (John 3:18). Likewise, individuals who accepted the currency of the beast as legal tender but withheld their worship of him and instead believed in Christ Jesus were not damned (Revelation 14:11).


Thus, sophisticated, microchip implant-technology was not a prerequisite for the fulfillment of the "mark of the beast" prophecy described by the apostle John in the Book of Revelation. Proponents of such a modern interpretation are inserting extra-Biblical ideas into the text. This is not permitted as per Revelation 22:18-19 (see also Proverbs 30:5-6).