Kitchen Hygiene in the Bible? 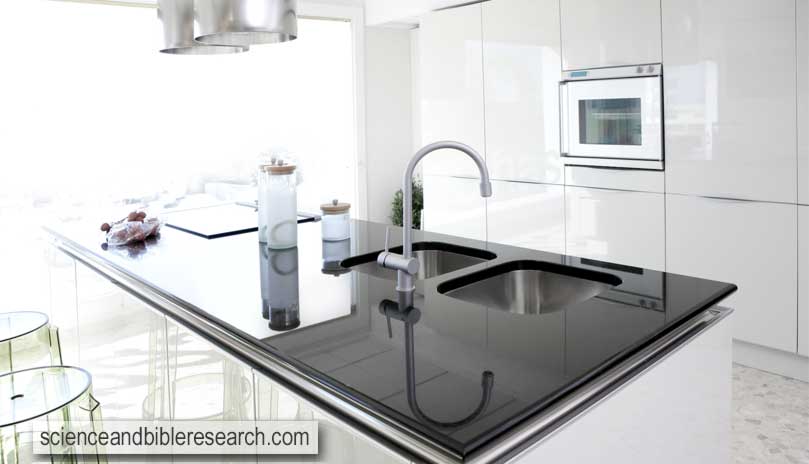 Does the Bible reveal a foreknowledge of a specific kitchen material's anti-microbial properties?

A clay pot that the man [with a bodily discharge] touches must be broken, and any wooden article is to be rinsed with water.

The passage above (see also Leviticus 6:28, 11:32-33) seems to imply an inherent superiority of objects made of wood over other materials such as clay in matters of germ contamination. Since the Lord instituted this health law, it may allude to a special property of wood that Moses and Aaron were not aware of at the time. As we shall see, modern science provides credibility for God's omniscience in food safety.


Is there a significant difference between wood and clay materials that would somehow affect the growth of harmful microbes? It turns out that some clay exhibits antibacterial powers in their natural, wet form (Cartwright, 2011 ). However, kiln fired clay pottery (a.k.a. ceramics) with microscopic cracks or unglazed spots "can harbor colonies of bacteria" ("Guide to Ceramics", n.d., sec. 5-6 ) making them a health hazard. Since microscopic cracks are invisible to the naked eye, the Lord's admonition to discard the clay pot and rinse the wooden object in water seems to have been a precautionary measure against food contamination in the camp of Israel.


What about wood verses modern kitchen materials like plastic? Although plastics were not developed until the mid-19th century , would the Lord have commanded plastic objects destroyed as in the case of clay pots if they existed in Old Testament times? Interestingly, microbiologists Dean O. Cliver and Nese O. Ak found that non-mineral oil treated cutting boards made of wood are far superior compared to their plastic counterparts in regard to bacterial resistance and growth:

... in each type of wood tested, more than 99 point 9 percent of the bacteria disappeared. Yet all the bacteria on plastic surfaces survived. Old knife-scarred wood performed as well as new wood in its antibacterial effect. Yet, similarly, scarred plastic seemed to encourage bacterial growth. Bacteria survived even after scrubbing the plastic with soap and hot water. Cutting boards made of close-grained hardwoods, such as maple, resist bacteria better than plastics. The cuts into hardwoods can actually trap bacteria in the grain and prevent them from resurfacing. Dean O. Cliver and Nese O. Ak in Infectious Connections by Hunter, Beatrice T., pp. 347-349 (2009)

Wooden boards, on the other hand, have a certain degree of built-in protection, Cliver found. Whether new or used, they absorb bacteria from food into their interior, where the bugs gradually die. Dean O. Cliver in Safe at home: how to keep your kitchen from making you sick by Schardt, David, sec. 3 (2011)

Not only did the wooden cutting board isolate the harmful bacteria from food, it also prevented the pathogen from re-surfacing and contaminating prepared food. Also, the bacteria eventually died as a result of the bacteria being trapped inside the pores of the wood. Thus, it seems that the precautionary measures prescribed in Old Testament health laws were designed to reduce the likelihood of spreading infectious diseases caused by microorganisms like bacteria.