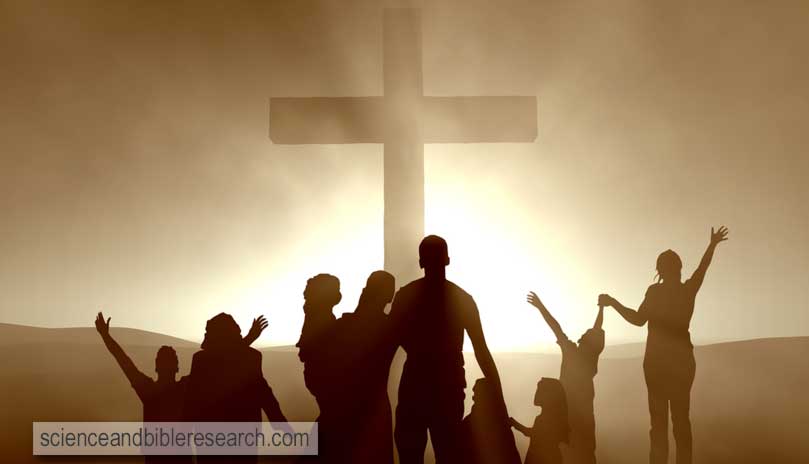 Silhouette of family at the cross of Jesus (Photo by Balazs)

Should there be a single overarching common denominator that unites, rather than divides, Christians of all denominations? On this historic day, 962 years after the Great Schism that divided west from east , Pope Francis and Patriarch Kirill sign a joint declaration stating, "... it is our hope that our meeting may contribute to the re–establishment of this unity willed by God, for which Christ prayed."

Glorify the Lord with me; let us exalt his name together.

Throughout history, the gospel of Jesus Christ (1 Corinthians 15:1-4) has been, to some degree, hindered by pride and hypocrisy. For example, when Jesus' disciples saw another Christian who was not part of the twelve driving out demons, they instructed him to stop. But the Lord admonished them and said, "Do not stop him... For no one who does a miracle in my name can in the next moment say anything bad about me" (Mark 9:38-40). Again, the apostle Paul courageously expressed displeasure with his fellow apostle Peter's refusal to eat with Gentile Christians (Galatians 2:11-13).


Even in modern times, the Body of Christ, with its many denominations, is viewed as divided by the non-believing world. Unfortunately, some Christians also want to divide the Church based on styles of worship, eschatology, non-essential doctrine, or even by the version of the Bible they read. Thankfully, the nearly 1,000-year old dispute that has separated the Catholic west from the Orthodox east has been bridged by the joint declaration that was signed today by Pope Francis and Patriarch Kirill in Havana, Cuba . This landmark agreement opens with a line from the apostle Paul's second letter to the Corinthians: "The grace of the Lord Jesus Christ and the love of God the Father and the fellowship of the holy Spirit be with all of you" (2 Corinthians 13:14). Perhaps the main concern of the proclamation is expressed in the section below:

We have been divided by wounds caused by old and recent conflicts, by differences inherited from our ancestors, in the understanding and expression of our faith in God, one in three Persons - Father, Son and Holy Spirit. We are pained by the loss of unity, the outcome of human weakness and of sin, which has occurred despite the priestly prayer of Christ the Saviour: "So that they may all be one, as you, Father, are in me and I in you... so that they may be one, as we are one" (John 17:21-22). Bishop of Rome Pope of the Catholic Church and Patriarch of Moscow and all Russia, 12 February 2016, Havana (Cuba), section 5

In the declaration, both the Pope and the Patriarch agree that the primary purpose of every believer in Christ is to be a "bold witness to God's truth and to the Good News of salvation" in the world for which the "Man–God Jesus Christ, our Lord and Saviour" died: "to combine our efforts to give witness to the Gospel of Christ..." In addition, the document states the importance "to discuss the mutual relations between the Churches, the crucial problems of our faithful, and the outlook for the progress of human civilization." This is accomplished by laying aside differences in tradition or detail unrelated to the death and resurrection of the Savior.


The declaration also stresses to need to "firstly turn to those regions of the world where Christians are victims of persecution" (section 8), prevent "a new world war" (section 11), facilitate "Interreligious dialogue" (section 13), "that Europe must remain faithful to its Christian roots" (section 16), heal the "crisis in the family" (section 19), restore the "faithful love between a man and a woman" (section 20), put an end to the millions who are "denied the very right to be born into the world" (section 21), etc.


It is important to note that the declaration falls short of clarifying its position on the essential doctrinal issue concerning justification by faith alone through grace (Ephesians 2:8-10), rather than by good works. Both Roman Catholic and Russian Orthodox have traditionally taught a works-based gospel, which is no gospel at all according to the apostle Paul (Galatians 1:6-9, 2:15-16). The agreement nonetheless seems to be a good starting point for a renewal in Catholic and Orthodox relations. This is still somewhat of a turning point in the history of both churches. Please read the entire declaration  and let us join together to declare the gospel of grace to all people by testifying that "Christ is the well–spring of joy and hope. Faith in Him transfigures human life, fills it with meaning" (section 29). Amen!