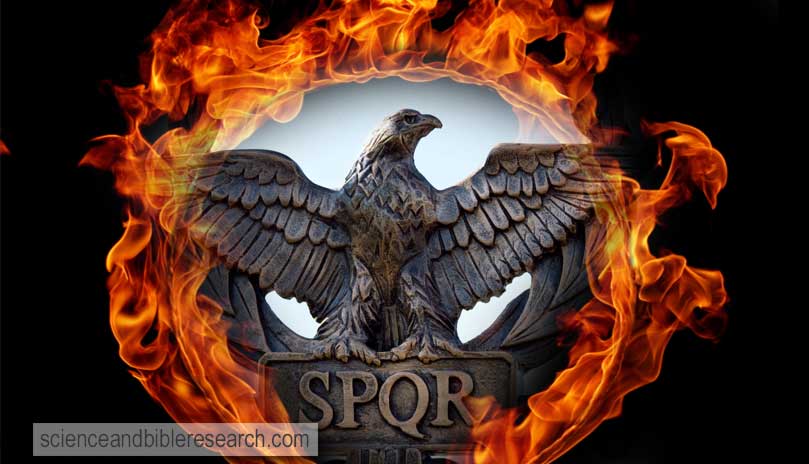 Scepter with an eagle and the letters SPQR (Senatus Populus Romanus). Icon government of ancient Rome (Photo by angellodeco)

When did the Gentiles cease to trample Jerusalem underfoot (Luke 21:24)? The Jews and Israel made first contact with the Romans in 161 BC, during the Maccabean era, after faithful Jews defeated the invading Seleucid armies of Antiochus Epiphanes IV. Rome and Jerusalem signed a peace treaty and formed a military alliance (1 Maccabees 8:17-29). In 6 AD, Judaea came under direct Roman administration with the insertion of Roman prefect (governor), Coponius (6-9 AD), over Judaea. Pontius Pilate (26-36) was the fifth prefect of Judaea and presided over Jesus' trial (John 19:12-15). Nonetheless, Jews had special privileges within the Roman Empire. For example, they were exempt from military service and from participation in pagan rituals and emperor worship.


At Jesus' ascension, the apostles had confused priorities about Christ's eternal kingdom and the temporal kingdom of Israel when they wanted to know when he would "restore the kingdom to Israel" (Acts 1:6). Jesus answered by shifting their priorities to the eternal gospel and kingdom (Acts 1:8). Interestingly, none of the New Testament writers ever mentions restoring the kingdom to Israel again. This is because they understood that the church is the continuation of true Israel, which consisted only of a chosen remnant, not every single Jew according natural descent.


The Roman Gentile armies began trampling Jerusalem under their feet in 66 AD when procurator of Judea, Gessius Florus (64-66 AD), entered the city and whipped and crucified 3,600 men, women, and children on the 16th of Iyyar. Four years later in 70 AD, both Jerusalem and the Herodian temple were completely destroyed. After the war, the Romans continued their occupation of Jerusalem as Legion X Fretensis, one of the ten legions which participated in the siege, was garrisoned in what is now the Old City until the 3rd century AD.  Archaeologists recently unearthed bricks in Jerusalem  stamped with the insignia of the Tenth Roman Legion.


War between the Romans and Jews broke out again in 132 AD as Palestinian Jewry revolted a second time  during emperor Hadrian's reign (117-138 AD). Emperor Hadrian renamed Jerusalem, Aelia Capitolina,  after himself and the Roman god Jupiter. He also built a temple to Jupiter where Solomon and Herod's temples once stood. Hadrian also ejected all Jews from Jerusalem. It was not until 451 AD, when at the Council of Chalcedon,  Roman Emperor Marcian declared Jerusalem a patriarchal city of the universal church, that the name Aelia Capitolina was abandoned. Thus, the departure of Roman Legion X Fretensis in the 3rd century AD and the disuse of the pagan Gentile name Aelia Capitolina 200 years later, in addition to the subsequent Christianization of the Roman Empire-governed world, effectively fulfilled the times of the Gentiles in Jerusalem (Luke 21:24).