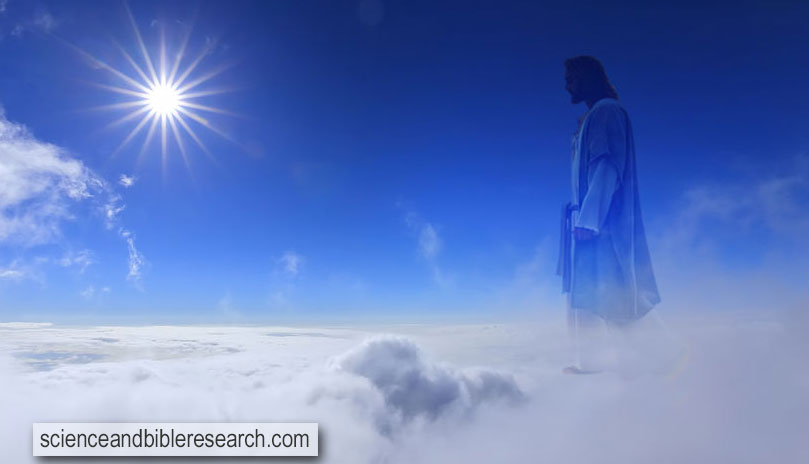 Jesus Christ in sky on clouds of heaven (Photo by bolina)

Does the Bible make a distinction between Jesus' glorified visitation to bring about the fulfillment of End Time events, and his, still-in-the future, bodily return to raise the dead and preside over the final judgment?

Then will appear in heaven the sign of the Son of Man, and then all the tribes of the earth will mourn, and they will see the Son of Man coming on the clouds of heaven with power and great glory.

For the last fifty years, Dispensational Premillennialists have failed to make that distinction, and as a result, have brought confusion and heartache to Bible prophecy enthusiasts eagerly awaiting Jesus' Second Advent. For example, John MacArthur, pastor-teacher of Grace Community Church, chancellor emeritus of The Master's University and Seminary, and featured teacher on Grace to You radio, believes the passage above has to be interpreted literally. On July 21, 2020, the Grace To You Facebook status update included an old sermon he preached on July 8, 1984 called, Could Jesus Come Today? (Matthew 24:32–35). In the sermon, MacArthur finds it "absolutely impossible" to believe in a 70 AD fulfillment of Jesus' Olivet Discourse because, he rhetorically asks, "When in 70 AD was... the Son of Man appearing in heaven...?" (time 00:28:43, sermon source). Unfortunately, MacArthur still fails to realize that Jesus was not talking about a visible, bodily return.


The key to demystifying End Time prophecy is to correctly distinguish between passages that describe Jesus' glorified visitation, and his physical, bodily return. Jesus Christ's physical, bodily form refers to that of the natural, incarnate God-man. Conversely, a glorified visitation refers to the non-physical manifestation of his divinity. Jesus' description of himself as the "Son of Man coming on the clouds of heaven" in the passage above was an End Time reference borrowed from the Old Testament prophet Daniel:

I saw in the night visions, and behold, with the clouds of heaven there came one like a son of man, and he came to the Ancient of Days and was presented before him. Daniel's Dream of Four Beasts in Daniel 7:13 (circa 556-521 BC)

"Son of Man" was the Savior's preferred title when speaking of himself in the third person. The imagery of the "Son of Man coming on the clouds of heaven" is a prime example of divine manifestation, rather than a physical, bodily appearance. Notice that the Son of Man does not descend to earth, but is brought before the Ancient of Days (i.e., the God and Father) to be given "dominion and glory and a kingdom..." (Daniel 7:14).

And the Lord will cause his majestic voice to be heard and the descending blow of his arm to be seen, in furious anger and a flame of devouring fire, with a cloudburst and storm and hailstones. A woe to the obstinate nation in Isaiah 30:30 (circa 740-680 BC)

The apostle John used the same language of divine manifestation in his visions concerning Jesus' glorified visitation in fulfillment of the End Time events that transpired in the first-century AD when Jerusalem was destroyed by the Romans (Revelation 1:7, 14:14). Likewise, the apostle Paul also adopts imagery that is distinct from a physical, bodily return of the King that is reminiscent of the Old Testament prophets:

Compare and contrast Paul's implementation of the divine punishment imagery above with its absence in the following passage concerning the still-in-the future, last day resurrection (John 6:39-40, 44, 54, 11:24, 12:48):

For the Lord himself will descend from heaven with a cry of command, with the voice of an archangel, and with the sound of the trumpet of God. And the dead in Christ will rise first. Then we who are alive, who are left, will be caught up together with them in the clouds to meet the Lord in the air, and so we will always be with the Lord. The apostle Paul to the Thessalonians in 1 Thessalonians 4:16-17 (circa 51 AD)


Notice that Paul describes Jesus' return as personal and bodily (i.e., "the Lord himself will descend from heaven..."), and excludes Jesus being accompanied by meteorological phenomena such as clouds, thunder, fire, etc. The passage also describes something that Paul's 2 Thessalonians 1:7-10 passage lacks... the resurrection (i.e., "the dead in Christ will rise first..."). This is important because divine punishment passages in the Bible make no mention of the resurrection, whereas, passages pertaining to the Lord's physical, bodily return, do (Matthew 25:31-46).


The table below provides a comparison of New Testament passages that describe the risen Savior manifesting himself in glory, or returning physically in bodily form.

Does God wish for us to make a distinction between a divine manifestation and his physical, bodily appearance as in the person of Jesus Christ? Or, should we combine contexts to extrapolate a Futurist perspective of End Time Bible prophecy and look for a physical return of Jesus riding a white horse with clouds and wielding a rod of iron? Moses makes it clear to the Israelites that the glorious display of God's power and majesty is formless, non-physical, so as to not inspire idolatry on the part of any onlookers:

Therefore watch yourselves very carefully. Since you saw no form on the day that the Lord spoke to you at Horeb out of the midst of the fire, beware lest you act corruptly by making a carved image for yourselves, in the form of any figure... Moses to the Israelites in Deuteronomy 4:15-16 (circa 1260 BC)

In conclusion, if we follow the same hermeneutic involving the Lord's contrasting appearances in both the Old and New Testaments, we see that a bodily return is not synonymous with a glorified visitation. The phraseology of Old Testament prophecies in regard to God coming with clouds, fire, etc., was indicative of his punishment on rebellious nations. This is identical to Jesus' prophecies of the coming punishment on apostate Jerusalem that was fulfilled in the first-century AD by the Romans. Since God never appeared physically (i.e., in the pre-incarnate person of Jesus Christ) in the fulfillment of Old Testament "day of the Lord" prophecies, we should not expect Christ to return bodily in his "end of the age" prophecies either. A past fulfillment of Jesus' glorified visitation in first-century AD Jerusalem is supported in Scripture without a concomitant bodily return of Christ to raise the dead and preside over the final judgment.