Is the world at peace, or in turmoil? 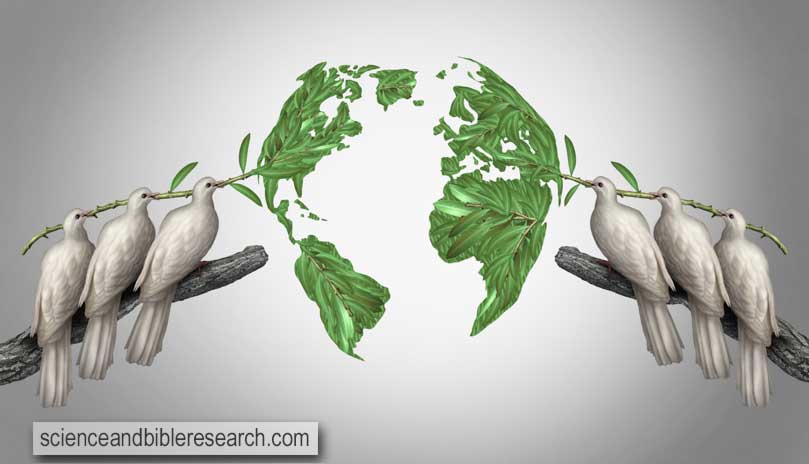 Is the current state of global peace due-in-part to the work of the Holy Spirit in advancing righteousness and peace in the world?

For the kingdom of God is not a matter of eating and drinking, but of righteousness, peace and joy in the Holy Spirit.

According to the 2014 Global Peace Index (GPI), only 28 of the 162 countries surveyed experience a Low, or Very low state of peace. Conversely, the majority (83%) of countries around the world exist in a Medium, High, or Very high state of peace. Despite two world wars fought within its borders in the 20th-century, Europe continues to be the world's most peaceful region. Furthermore, the study reports that "We are living in the most peaceful century in human history."


Up until a century ago, Europe also contained the largest concentration (66%) of Christians in the world. Recall that the ancient Roman Empire (geographically similar to modern Europe) was, in the first-century A.D., the most dangerous region for Christians during emperor Nero's reign. Although no single continent or region today can claim to be the center of Christianity, its far-reaching, world-wide influence certifies Christianity as a truly global faith.


The top two most peaceful countries surveyed were Iceland and Denmark. Evangelical Lutheran Christianity dominates both populations at 76% and 80% respectively. New Zealand is the third most peaceful country in the world and consists of a more diverse religious population (44% Christian, 2.1% Hindu, 1.3% Islam).


Thus, the favorable Global Peace Index may, in fact, be due-in-part to the work of the Holy Spirit in advancing righteousness and peace in the world (John 16:7-11, Romans 14:17, Galatians 5:22-23) through, the ever-increasing number of Christians since Pentecost circa 33 AD (Acts 2:38-41).


CITE:
Sabz, S. (2014, October 18). Is the world at peace, or in turmoil? Retrieved from https://scienceandbibleresearch.com/global-peace-index.html