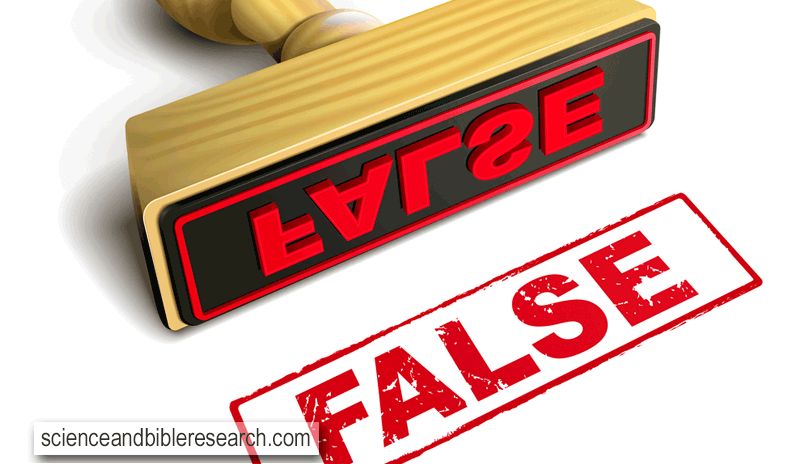 In the last century, the return of the risen Christ and the fulfillment of end time Bible prophecy has been falsely predicted many times. Is there reason to believe any heretofore, future doomsday forecasts?


As we shall see, the reinvention of previously failed predictions by adherents of Dispensational Premillennialism has been common practice within the last 100 years. The continued falsification of their doomsday forecasts remains a distinctive feature of this particular brand of End Time Bible prophecy. Much of this is due in part in how they define a Biblical generation. Let's get started

Authors in 1963 and again in 2011 argue that Christ must return in order to save planet earth from the destructive nature of humankind. For example, Roderick C. Meredith argued in 1963 that Christ "must return" in 1978:

The world you live in won't be here 15 years from now! Roderick C. Meredith in TEN Reasons Why Christ MUST RETURN! (The Plain Truth: a magazine of understanding. Volume XXVIIL, Number 12, December 1963 )

Author Hal Lindsey, lamenting the "crime epidemic", "increasingly vicious" world conflicts, the "rebirth of guerilla warfare", and the perception that "revolutions and revolutionary movements are becoming a way of life during this latter part of the twentieth century" says:

War and more war. Has there ever been a time when the potential for self-destruction was as great as it is today? Hal Lindsey in The Late Great Planet Earth, 1970, pg. 101

We will quote secular scientists and others who see no possibility for the continued existence of this world... beyond twenty-five to fifty years. Tim F. LaHaye, Jerry B. Jenkins in chapter 3 of Are We Living in the End Times? (Tyndale House Publishers, Inc., 1999, 2000, 2011 )

Authors in 1971 and as recently as 2011 claim that their particular generation was unique compared to past generations, when signs indicative of Christ's return were absent. For example, Kuhn asserted in 1971 that "It has never been this way before", proving his generation was living in the end time:

How can we prove that this generation is the end-time generation as described in the Bible when there have always been wars and famines and pestilences?.. It has never been this way before. This is the end time! Robert L. Kuhn in IS THIS THE TIME OF THE END? (The Good News of Tomorrow's World, August 1971 )

In the same way, Left Behind's LaHaye and Jenkins have exclaimed since 1999 that Christ must return because of "so many legitimate signs" in our lifetime:

We really do have some powerful reasons for supposing that our generation has more reason than any before us to believe He could come in our lifetime!... Never in history have so many legitimate signs of Christ's return existed. Tim F. LaHaye, Jerry B. Jenkins in chapter 3 of Are We Living in the End Times? (Tyndale House Publishers, Inc., 1999, 2000, 2011 )

The re-creation of the nation Israel in 1948, after its destruction in 70 A.D., has once again inspired Bible prophecy enthusiasts to fuse contemporaneous events with end of the age passages described in Scripture. Futurists fail to realize that Israel was already a nation, although occupied by the Roman Empire, in the 1st-century A.D. Nonetheless, authors Lindsey and Whisenant boldly announced that the Jewish migration to the promised land in 1948 was the beginning of the final generation, a 40 year period, before the culmination of human history. For example, Lindsey said that his predictions were "unmistakable" . Lindsey was mistaken:

The one event which many Bible students in the past overlooked was this paramount prophetic sign: Israel had to be a nation again in the land of its forefathers... the decade of the 1980s could very well be the last decade of history as we know it. Hal Lindsey in The Late Great Planet Earth, 1970, pg. 43  and The 1980s: Countdown to Armageddon, 1980

Whisenant stated that "Only if the Bible is in error am I wrong, and I say that unequivocally" . Whisenant turned out to be wrong:

Edgar C. Whisenant's concept of Israel as the "timeclock of God" was revived twelve years after Lindsey and Whisenant's failed prediction in 2000 by LaHaye and Jenkins (authors of the fictional Left Behind series). In the section titled, God's Time Clock, the doom's day duo declared that the Jews' third return to the "land flowing with milk and honey" (Exodus 3:8) was the beginning of the end:

I call the regathering of five million Jews back to the Holy Land and their becoming a nation in our generation "the infallible sign" of the approach of the end times. Tim F. LaHaye, Jerry B. Jenkins in Are We Living in the End Times? (Tyndale House Publishers, Inc., 2000, pg. 47 )

Once the year 1988 came and went without incident, author Chuck Smith recalculated the final generation as beginning in 1967 , rather than 1948, when Jerusalem was once again under Israeli control. He falsely predicted that the world would end 40 years after that in 2007. Conversely, World Bible Society President, F. Kenton Beshore, readjusted the period of time encompassed in a Biblical generation to equal 70 to 80 years , bringing end time prophecies to completion in 2018 or 2028. Kenton erroneously arrives at his 70 to 80 year generation from Psalm 90:10, where the context and terminology clearly refers to 70 or 80 years as the duration of one's lifespan (i.e., from birth to death), not a generation. What is more, some theologians have altogether discarded the definition of a Biblical generation, and any specific period of years associated therewith. Instead, they conveniently refer to the final generation as an undetermined number of years (i.e., 1,982 so far), which they call the Church Age .

Gene Hogberg opined in 1963 that America was heading for its seventh, and final financial collapse. The previous six, "deep financial collapses" occurred between 1873 and 1933. This last financial collapse was expected to happen in the seven year Tribulation period. The subsequent energy crisis that followed in the 1970's, which affected the economies of the major industrial countries of the world, did not bring about the end of the world:

Jonathan Cahn, author of The Harbinger (2012) and The Mystery of the Shemitah (2014), again resurrects the idea of the American economy as an important factor in end time Bible prophecy. For example, he informs us that the Super Shemitah, the end of seven cycles of the Shemitah (or the year of Jubilee), begins in September 2015 and ends a year later in September 2016. He argues that the Super Shemitah is significant because it is supposedly tied to the Tribulation, a 7 year period, which was foretold in Daniel's 70 weeks (of seven year intervals) prophecy, which is linked to Jeremiah's prophecy of the Jewish 70 year exile in Babylon:

What people don't realize is one of the missing keys of end-times prophecy is the Shemitah [a seven-year biblical cycle]... This [collapsing of the American economy] is the beginning of the ending of the American Age... We are seeing things we have never seen in human history. Jonathan Cahn in The Shemitah Unraveled: What 2015-2016 Could Bring. By Troy Anderson and Jessilyn Justice for Charisma News  (March 2015)

The supposed relevance of a re-emergence of the Roman Empire as a component of end time Bible prophecy has been a significant feature of the futurist's paradigm. Proponents cite the apostle John's beast with ten horns' and seven heads' imagery (Revelation 13:1, 17:9-12) in contemporary European geopolitics:

Rising out of the ashes of World War II is a new menace to the free world, a seventh, and last, resurrection of the ancient Roman Empire. Few people understand that the prophecies of Daniel, chapters 2 and 7, and Revelation 13 and 17 deal in detail without events now beginning to unfold in Europe. unknown author in PROPHECY comes alive IN TODAY'S WORLD NEWS (The Plain Truth: a magazine of understanding. Volume XXXI Number 05, May 1966, pg. 49 )

Here [in Revelation 17] is given a picture of the restorations of the Roman Empire climaxing in our day! This "beast" is a modern [European] union, a powerful group of ten nations to form a final restoration of the Roman Empire in our time. Charles V. Dorothy in WHAT'S WRONG IN LATIN AMERICA? (The Plain Truth: a magazine of understanding. Volume XXXI Number 05, May 1966, pg. 28 )

Hal Lindsey with C.C. Carlson, writing in 1970, postulated that the primitive European Union (EU), then consisting of six member states which included Belgium (1958), France (1958), Germany (1958), Italy (1958), Luxembourg (1958), and Netherlands (1958), would increase in number to form a ten-member, revived Roman Empire. Three more countries joined in 1973 (United Kingdom, Ireland, and Denmark). The tenth member state, Greece, joined in 1981. Unfortunately, the newly formed ten member EU soon grew to include two more countries by 1986 (Portugal and Spain). By the year 2013, the EU consisted of 28 countries after Croatia became its newest member . Today, the EU is fractured as the people of the United Kingdom voted to exit (Brexit) the common market of nations  on June 23, 2016.

We believe that the Common Market and the trend toward unification of Europe [a revived Roman Empire] may well be the beginning of the ten-nation confederacy predicted by Daniel and the Book of Revelation. Hal Lindsey with C.C. Carlson in The Late Great Planet Earth, 1970, pg. 94

Authors Tim F. LaHaye and Jerry B. Jenkins make an identical prediction about a seventh, revived Roman Empire. Their argument, like that of the unknown author in The Plain Truth Magazine article above, is based on the seven kings described in the Book of Revelation, the seventh king being a future ruling Antichrist:


In conclusion, futurists must reinvent past, failed predictions in order to substantiate their oftentimes lucrative version of Bible eschatology. The underlying cause of their unsuccessful forecasts is due to the method in which they have chosen to interpret the Bible. All of the aforementioned doomsday proponents follow a Dispensational system  of translating Scripture. For instance, Dispensationalists believe that "Christ intervenes at the Battle of Armageddon and establishes a literal 1000-year millennial kingdom on earth" , an idea that was first taught by 1st-century Christian heretic, Cerinthus , a contemporary of the apostle John. How many faulty, end time predictions must the world endure before futurists finally come to terms with their defective eschatology? In the end, Bible prophecy enthusiasts have only two options: (1) adopt Orthodox (a.k.a. Partial) Preterist  eschatology or, (2) arrive at the day of one's death a disappointed Dispensationalist (Hebrews 9:27-28). Finally, although one's eschatological affiliation does not cripple the strength of the gospel by which an individual is saved (1 Corinthians 15:2-4), the poor track record of futurism reduces the credibility of the Bible and scars the reputation of its adherents. History repeats itself, however, end of the age Bible prophecy does not. Recall King Solomon's timeless wisdom:

What has been will be again, what has been done will be done again; there is nothing new under the sun. Is there anything of which one can say, "Look! This is something new"? It was here already, long ago; it was here before our time.