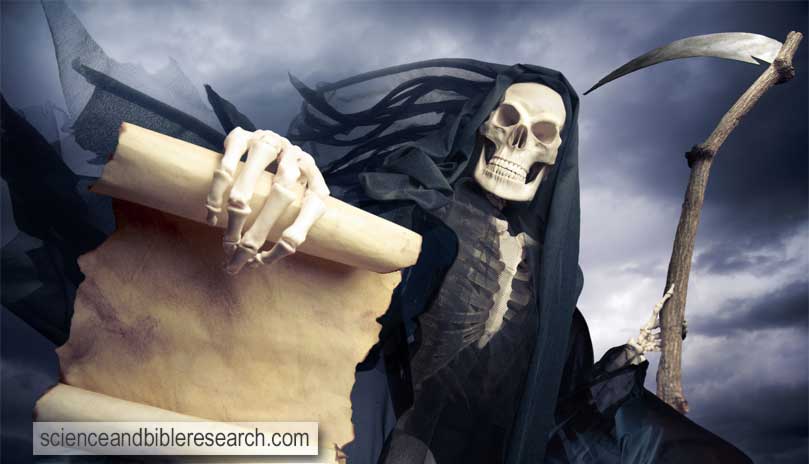 Grim reaper on a dark background (Photo by fergregory)

Residents of Jerusalem enjoyed a time of "very great peace and prosperity"  from 63 to 66 AD. Unfortunately, their tranquility abruptly ends and the war drums begin to beat when procurator of Judea, Gessius Florus (appointed by Emperor Nero) , attempts to steal seventeen talents of gold from the temple treasury. When he is prevented and afterward mocked by the Jews, he returns with a vengeance and commands his soldiers to plunder the Upper Market-place. He also whips and crucifies 3,600 men, women, and children  on the 16th of Iyyar (April 27th) in 66 AD. Interestingly, a mysterious man named Jesus, the son of Ananus, warned Jerusalem's citizens of its approaching calamity just three years earlier. This massacre triggered the Jewish revolt that led to Jerusalem's desolation and the destruction of the 3rd (Herod's) temple. The Jewish-Roman war ended on August 31, 70 AD with 1.1 million dead and 97 thousand captured out of the approximately 3 million who were imprisoned in Jerusalem  by the Roman army (Luke 21:24).