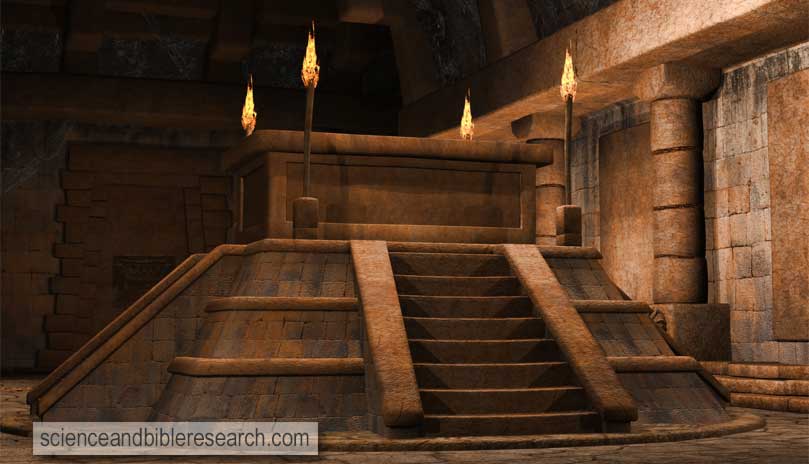 Romans and Jews alike are deeply troubled, as the daily temple sacrifice fails  to be offered on the 17th day of Tamuz (July 12th) 70 AD  for the first time since the temple's consecration in 516 BC. This occurred roughly 1,290 days after Roman General Vespasian began his siege in Northern Galilee on January 20, 67 AD.  Writings of the ancient prophet foretold of such an event 600 years earlier (Daniel 12:11).


The surrounding of Jerusalem by Roman armies was the "abomination that makes desolate" which Jesus spoke of in Matthew 24:15, Mark 13:14, & Luke 21:20. Roman general Titus, who sought not to "defile the temple, nor thereby offend against God", entreats Jewish rebel leader, Simon son of Gioras  and his followers, who barricaded themselves inside the tower adjoining the temple, to either surrender and be forgiven, or continue fighting outside the temple, "without the danger of destroying either his city or temple", and so that the daily sacrifice may be reinstated. General Titus also fulfilled the prophecy of the man of sin (2 Thessalonians 2:3-5) who entered the temple and committed the abomination before it burned down. Unfortunately, the Jewish rebels chose to be "a greater enemy to them [God's laws] than the others [Romans]" and used the temple as their final fortification against the Roman armies. This self-serving tactic adopted by the Jewish rebels did the utmost violence to the Lord's declaration that the temple should be "a house of prayer for all peoples" (Isaiah 56:7, Matthew 21:13, Mark 11:17, Luke 19:46), not a rebel holdout against the Romans.