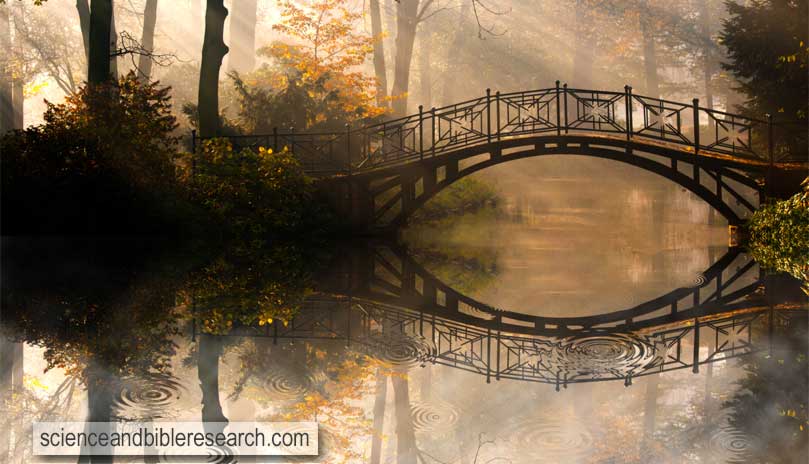 Should Christians refuse to associate with, or sell goods and offer services to, un-saved sinners? Will separating oneself from unbelievers draw them any closer to saving faith in Jesus Christ?

I wrote to you in my letter not to associate with sexually immoral people - not at all meaning the people of this world who are immoral, or the greedy and swindlers, or idolaters. In that case you would have to leave this world.

In the passage above, Paul reminded his Christian audience not to separate from their un-saved, Christ-rejecting counterparts. Rather, he directed Christians to disassociate from believing brothers and sisters in Christ who have relapsed into habitual sin (1 Corinthians 5:11). This may seem counter-intuitive, however, the purpose for ostracizing a fellow Christian is to discourage them from continuing in their transgression, and therefor hasten repentance (Matthew 18:15-17, Galatians 6:1, 2 Thessalonians 3:6). The contrasting approach is due to the fact that, for an unbeliever, sin is not a relevant issue since they have not been "born-again" (John 3:3, 3:5). Whereas, a Christian who is born by the Spirit, and is henceforth saved from the penalty of sin (John 5:24), is expected to follow the example of the sinless Savior (1 Peter 2:21) and abstain from habit-forming sin (Romans 6:6-7, 1 John 3:9). Moreover, the liberty to associate with sin-prone, non-believers does not give one license to partake in their offense (Proverbs 4:14, Psalm 1:1, Ephesians 5:11, 1 Timothy 5:22). Thus, it is important to remain triumphant representatives of Christ, and in so doing, yield a maximum number of converts for the Lord (Matthew 5:16, 1 Peter 2:12).


The question arises when a Christian business owner is confronted with an un-saved sinner who wishes to purchase goods and/or services that will be used to, for example, celebrate a non-traditional marriage, or imbibe and become intoxicated with alcohol. Does the Bible justify abandoning personal or business relations with the un-saved in these circumstances? A common argument for alienating oneself from unbelievers is found in Paul's follow-up letter to the Corinthians:


A word-study of the above passage will show that Paul was not speaking against maintaining personal or business relations with unbelievers. For example, the Greek term "heterozygeō" , which is translated, "yoked together", refers to being joined together in marriage and goes far beyond mere association. The Lord Jesus used a similar term, "syzeugnymi", which means "to fasten to one yoke, yoke together... of the marriage tie" , in His discussion about divorce (Matthew 19:6). Previously, Paul used the analogy of joining together a member of the body of Christ with a prostitute (1 Corinthians 6:16-17). Thus, according to the context of the passage, Christians may associate with their non-believing peers in a business or personal environment, while not conforming to or being joined together in Christ-dishonoring activities. Concerning traditional (i.e., one male and one female) versus non-traditional marriage, there is nothing sacred about the former if both spouses are un-saved (1 Corinthians 7:13-14).


The apostle Paul was himself a businessman. Luke, the Greek New Testament author and physician (Colossians 4:14), reveals that Paul was a tentmaker in addition to preaching the gospel (Acts 18:3). Upon arriving in the Greek city of Corinth from Athens, Paul worked with Messianic-Jewish tentmakers, Aquila and Priscilla (Acts 18:26, Romans 16:3), who were expelled from Rome by emperor Claudius (Acts 18:2). Since Claudius concluded his reign in 54 A.D., four years before Paul visited Rome in 58 A.D., both Aquila and Priscilla would have heard the gospel via the Roman Jews who visited Jerusalem during Pentecost (Acts 2:10-11) twenty-one years earlier, and who were saved as a result of Peter's sermon (Acts 2:41). Corinth, at the time, was under Roman rule and would have exhibited many characteristics of the pagan Empire, whose capitol city, Rome, according to historian Tacitus, was a place "where all things hideous and shameful from every part of the world find their centre and become popular" . Corinth was located 230 miles southwest of Pergamum , the city where Jesus stated that "Satan has his throne" (Revelation 2:12-13), and just 44 miles west of Athens , a city that greatly distressed Paul because it was "full of idols" (Acts 17:16). Undoubtedly, Paul would have contracted his tent-making goods and services (knowingly or unknowingly) to un-saved sinners in commission of a multitude of indecencies. As an apostle to the Gentiles (Romans 11:13, Galatians 2:8, 1 Timothy 2:7), Paul would have taken every opportunity (1 Corinthians 9:22), business and personal, to draw people to saving faith in the Lord Jesus first (Romans 10:9), and afterward, teach them to live holy lives (2 Timothy 1:9).


The first miracle of Jesus' earthly ministry was one that was petitioned of Him by His mother (John 2:3-4). In this case, Jesus made 180 gallons of wine (John 2:6-7), enough to supply 2,880 people with one, eight ounce glass, at a wedding in Cana of Galilee (John 2:1, 4:46). Cana was situated 16 miles southwest of Capernaum , a city that Jesus later upbraided because "if the miracles that were performed in you had been performed in Sodom, it would have remained to this day" (Matthew 11:23). The master of the banquet at the wedding stated that Jesus' "choice wine" was superior to the wine that had previously run out (John 2:10, Acts 2:13-15). The passage also indicates that the wedding guests were less than prudent in their consumption (John 2:10). Being aware of these details, a relevant question to ask oneself is, "Did Jesus make wine knowing that the wedding guests would become intoxicated?" It seems that, although Jesus was not naive concerning the effects of alcohol, nonetheless turned water into wine for the invitees at the behest of His mother. This does not, however, put Jesus at fault for their drunkenness (James 1:13-14). A more important point to consider is that "his disciples believed in him" (John 2:11) as a result of the miracle.


Prior to leaving home and beginning His ministry, Jesus was a carpenter by trade (Mark 6:3). As such, He would have been familiar with the business mind-set of providing goods and services. In fact, we may think of His miracles as a unique social service to His countryman. However, in what way - if any, was Jesus restrained in His willingness to heal (Luke 5:17)? As we will see in the proceeding passage, His "service contract" was not limited to the moral aptitude of the recipient, but rather, by their willingness to believe in His power:

And they [residents of His hometown] took offense at him. But Jesus said to them, "A prophet is not without honor except in his own town and in his own home." And he did not do many miracles there because of their lack of faith. Jesus Christ to His fellow residents of Nazareth in Matthew 13:57-58 (circa 60's A.D.)

To close, the Scriptures show that a balanced, non-binding relationship with un-saved sinners is allowed and even more so, required if we are to be an effective harvester of souls for the Lord. On the other hand, Christians must also remain vigilant in order to keep themselves from being "polluted by the world" (James 1:27). Discriminating against one form of sin inevitably leads one to unfoundedly justify another (Romans 3:21-23, James 2:10). It would be hypocritical for Christians, who are saved by grace (Ephesians 2:8-9), to disassociate themselves from, or refuse goods or services to, one specific type of sinner, and to rank one sin or sinner above or below another (Luke 13:15). Only genuine faith in Christ can save one from the penalty of sin (Romans 6:23). The examples of Jesus and His apostle, Paul, show us that Christians can, and should, commingle with unbelievers with the hope of leading them to the Lord. Being a resident of this world, one cannot help but associate with un-saved sinners in one way or another, since "there is no one who does good, not even one" (Psalm 53:2-3, Isaiah 64:6, Romans 3:11). Furthermore, to show partiality against one sin shows a disregard for the grace by which we were saved from our own vice (James 2:9, Acts 10:34). Lastly, even the best of sinners are an affront to God since they reject the perfect righteousness that can only be achieved by faith in Jesus Christ (Isaiah 64:6).