The apple of God's eye 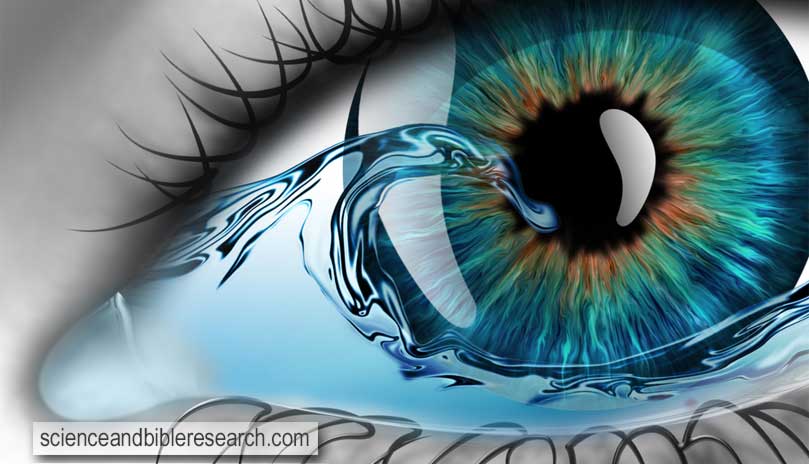 Part of the eye with water inside (Photo by zffoto)

Who, or what, is the apple of God's eye? The apple of the eye is an ancient metaphor for the pupil (the black hole located in the center of the eye). In human anatomy, the pupil is "the contractile aperture in the iris of the eye."  The tiny muscles of the iris (the colored portion that surrounds the pupil) either contract or relax in order to change the diameter of the pupil, and thereby regulate the amount of light that enters the eye. For example, doctors and nurses often use their penlight to shine light into the eye of a patient to check their mental status. The pupil of a healthy, living person will contract in response to bright light and dilate in a dark environment.


In regard to the apple of God's eye in the Bible: Is the metaphorical usage of the apple of the eye a reference to a person, a country, or a combination of both? One of the more commonly used and abused passages in the Bible by Christian Zionists is Zechariah 2:8 where the Lord of hosts states, "he who touches you touches the apple of his eye." Unfortunately, this passage has been distorted by the Christian Zionist movement who have promoted the idea that the apple of God's eye is the modern, secular state of Israel in the Middle East. For example, John Hagee, founder and chairman of one of the largest Christian Zionist organizations, Christians United for Israel (CUFI), believes that "It is unscriptural to go against Israel, because by doing so, one, in effect, is poking God in the eye, which is not very wise to do" (Zechariah 2:8).  Former pastor and Bible teacher, Grant Phillips, writing for RaptureReady says that "Israel is precious to Almighty God, the apple [pupil] of His eye. He is simply saying, "You touch my chosen nation Israel. You poke me in the eye.""


This Jewish-centric world-view is rooted in Dispensational Premillennialism  and was originally made popular by the Scofield version of the King James Bible (1909), then further developed by author Hal Lindsey in The Late, Great Planet Earth (1970). It was also dramatized in the fictional A Thief in the Night (1972), and later in Left Behind (1995-2014).


These are Old Testament-based Christians who erroneously allow the Old Testament to interpret the New Testament. This is contrary to the manner in which Jesus Christ instructed his disciples (Luke 24:27) to interpret the Scripture (i.e., the Old must be interpreted under the illumination of the New Testament). Even more, Zionist Christianity gives the Old Covenant precedence over the New Covenant that was made in Christ's blood (Luke 22:20, 1 Corinthians 11:25, Hebrews 8:13). In essence, Christian Zionism removes the glorious, royal crown of Christ (John 18:37, Acts 17:7, Revelation 17:14, 19:16) and replaces it with the humiliating crown of thorns (John 19:5) that he already wore before his ascension and coronation in Heaven (Revelation 3:21, 20:6).


If their statements are true and God considers it a poke in the eye when anyone harms the national entity that is Israel, then it seems God has poked himself in the eye at least twice according to the Bible's historical narrative; the first being when he allowed the Babylonians to destroy Jerusalem and Solomon's temple in 586 BC (2 Chronicles 36:19, Daniel 1:1), and the second when he allowed the Romans to destroy Jerusalem and Herod's temple in 70 AD.


The true identity of the apple of God’s eye is especially important at this point in time because of the renewed push by President Donald Trump  and Christian Zionists to move the US embassy from its current location in Tel Aviv to Jerusalem. This has led to numerous Arab authorities and legal experts warning  that such a move will increase tension and Israeli-Arab bloodshed in the region. Four Israeli soldiers were killed and 17 others injured in Jerusalem by a Palestinian terrorist  as a result only days after former Republican Presidential contenders Cruz and Rubio introduced a bill to honor a 1995 law which proposes the relocation of the US embassy to Jerusalem.


Even though the US embassy would technically reside in West Jerusalem, Israeli Prime Minister Binyamin Netanyahu publicly proclaimed on May 17, 2015 that "Jerusalem [both East and West] has forever been the capital of only the Jewish people and no other nation."  His statement provokes contention since the Palestinian people view East Jerusalem as the capital of their future state. All in all, the Romans, Muslims, Turks, and British also controlled Jerusalem since the 1st-century AD  before the Balfour Declaration  awarded Palestine to European Jews in 1948.


The phrase, apple of the eye, appears only four times in Scripture (Deuteronomy 32:10, Psalm 17:8, Proverbs 7:2, Zechariah 2:8). As we shall see, the context of two of the four passages (i.e., Deuteronomy 32:10 and Zechariah 2:8) pertain to Israel, or Jacob, as a person, and their circumcised-in-heart (Jeremiah 4:4) descendants, not exclusively to a national entity based on natural descent. In, Psalm 17:8, King David asks God to keep him "as the apple of your eye; hide me in the shadow of your wings." And in Proverbs 7:2, King Solomon instructs his son to keep his "commandments and live; keep my teaching as the apple of your eye."


Now let us examine the two passages that Christian Zionists use to perpetuate their false eschatology, which relies on an outdated and already fulfilled Old Testament promise.


In Deuteronomy 32:10 where the Bible first describes the Lord caring for "him as the apple of his eye", Moses qualifies who the Lord cared for in such a tender manner in the previous verse saying, "But the Lord's portion is his people, Jacob his allotted heritage" (Deuteronomy 32:9). Furthermore, Moses declares that the people group that descended from the patriarchs, Abraham, Isaac, and Jacob, are a "foolish and senseless people" (Deuteronomy 32:6) and "They have dealt corruptly with him; they are no longer his children because they are blemished; they are a crooked and twisted generation" (Deuteronomy 32:5). The apostle Paul further illustrates this point when he says, "For not all who are descended from Israel belong to Israel" (Romans 9:6). Recall that "Israel" is another name for Isaac's son, Jacob (Genesis 32:28). Therefore, it is extremely fallacious to suppose, as Christians Zionists erroneously do, that the apple of God's eye consists of apostate Jews residing either within or outside the borders of the current Jewish State.


Now let's take a closer look at Zechariah 2:8, the adored proof-text of the Christian Zionist:

For thus said the Lord of hosts, after his glory sent me to the nations who plundered you, for he who touches you touches the apple of his eye. Zechariah the prophet to Jews returning from Babylonian exile in Zechariah 2:8 (circa 520 BC)


The passage above was penned circa 520 BC, eighteen years after the first wave of Jewish exiles in Babylon made their way back to Jerusalem by the prophesied decree of King Cyrus. The second (Zerubbabel's) temple was finally built on February 12, 516 BC. The Jewish return from Babylonian captivity would continue for the next 75 years.


The scene in which this passage appears centers around the prophet Zechariah witnessing an angel measuring Jerusalem (Zechariah 2:1-2). Another angel comes along and instructs the angel measuring Jerusalem to tell Zechariah that "Jerusalem shall be inhabited as villages without walls, because of the multitude of people and livestock in it" (Zechariah 2:4). This prophecy was already fulfilled in the 2nd-century BC, when Jerusalem was not fortified against foreign invasion and "enjoyed peace and prosperity."


Hence, from a purely historical narrative reading of the passage, God already regarded Israel as the apple of his eye when he brought them back from Babylonian captivity and dwelt among them in Zerubbabel's rebuilt temple. Contrary to what Christian Zionists believe, the passage does not refer to the modern, secular Jewish State that would emerge 2,000 years later from the Jewish Holocaust and Second World War (1939-1945). It was the loyal and obedient Jews who accepted the Lord's chastening and submitted to King Nebuchadnezzar (Jeremiah 27:11-12, 40:9) that were brought back from exile to Jerusalem again. Unlike the apostate Jews who remained stubborn and tried to fight against the besieging Babylonians and were destroyed (Jeremiah 27:8). The Lord would again save a remnant of Christ-believing Jews during the Roman-Jewish War (66-70 AD).


There is still another reason why Zechariah 2:8 cannot and does not refer to Israel as a national entity, nor does it refer to Jewish descent exclusively:

And many nations shall join themselves to the Lord in that day, and shall be my people. Zechariah the prophet to Jews returning from Babylonian exile in Zechariah 2:11 (circa 520 BC)


"That day" in which many nations joined themselves to the Lord occurred in the 2nd-century BC, after faithful Maccabean Jews repelled the Syrian invasion led by Antiochus Epiphanes IV, king of the Seleucid Empire. Antiochus Epiphanes IV later became a Jew himself and told people everywhere about God’s power (2 Maccabees 9:12-20).


We see then according to the passage above that God's people includes the many nations that "join themselves to the Lord." God is not a racist. Herein embodies the full context of the passage: The apple of God's eye consists of faith-driven, circumcised-in-heart Jews and Gentiles. It was these who were looking forward to much more than just an Earthly country, but a "better country" (Hebrews 11:16), the new and holy Jerusalem in Heaven. This is the true home of all those who have found grace in God's eyes and obtained the promise of perfect righteousness in the Messiah and Savior Jesus Christ (Job 19:25-26).