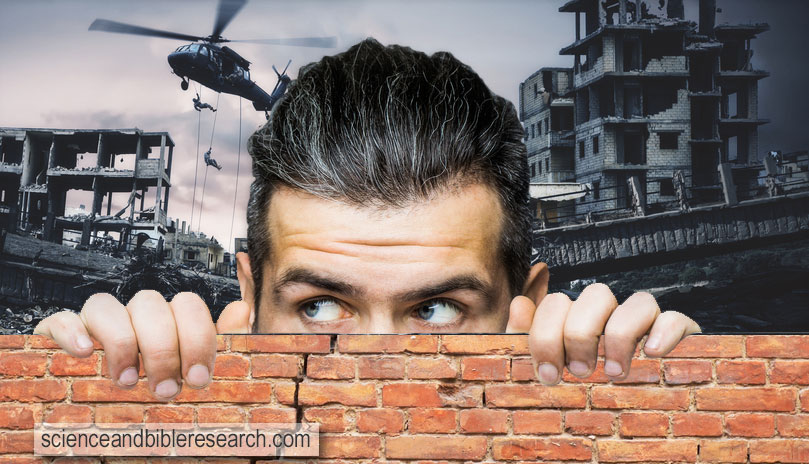 The Jewish Aliyah to Israel has been an important part of End Time prophecy for Pre-Tribbers ever since the creation of the Jewish State in 1948. This is because Dispensational Premillennialists believe that Israel must be predominantly Jewish before the Rapture occurs and the Anti-Christ rears his ugly head.


Is this why Amir Tsarfati is ecstatic about the 340 Ethiopian Jews arriving in Israel this month? Mr. Tsarfati tells Jews and Christians they should celebrate this event as a fulfillment of Bible prophecy:

Yesterday, 180 new immigrants from Ethiopia landed in Israel, and today another 160 are expected. Many of these Ethiopian Jews have been waiting years-some even decades-to make Aliyah to Israel. This is an event that should cause both the Jews and the church to celebrate as we watch biblical prophecy being fulfilled right before our very eyes! Amir Tsarfati in Behold Israel Weekly Newsletter (May 27-June 2, 2022)


But doesn't Tsarfati know that, according to his eschatological beliefs, the Anti-Christ will slaughter most of them during the time of Jacob's Trouble? Yes, he sure does. So, whatever happened to being a watchman on the wall for God's people (Eze 33:6) and warning them to flee from an impending Holocaust?

Tel Aviv today will warmly embrace the Anti-Christ if he just showed up today. Trust me. Look what he [Zechariah 13:8-9 NKJV] says, "And it shall come to pass in all the land," Says the LORD, "That two-thirds in it shall be cut off and die, But one-third shall be left in it: I will bring the one-third through the fire, Will refine them as silver is refined, And test them as gold is tested. They will call on My name, And I will answer them." Amir Tsarfati in All Eyes on Israel (time 16:45-17:25, July 30, 2021)


So why does Tsarfati tell both Christians and Jews to cheer the arrival of more Jews into a land that is doomed to suffer another Holocaust? Shouldn't he be warning them of the terrors of the soon-to-be revealed Anti-Christ?


In his "Breaking News" video just a week after leaping for joy about Ethiopian Jews' Aliyah to Israel, Tsarfati reports that, with Iran even closer to a nuclear bomb, it's the "end of the story" for Israel:

The Iranians... began to enrich Uranium to 90%... This is it... They also continue to smuggle tons of stuff to Syria so at the right time they can hit Israel... This is it. They've got enough Uranium. Now they will have it in weapon graded, and that is the end of the story. Amir Tsarfati in Breaking News: Israeli strike on Damascus international airport (time 1:40-4:20, June 10, 2022)


In the same video, after pausing for a moment in order to think if he could share more, Tsarfati reported that Iran is waiting for Israel to carry out their "plan of action", because "that will give them [Iran] the reason to wipe out Israel from the map" (time 4:40-5:05).


Instead of warning people to stay out of Israel, Tsarfati concludes this dire update by boasting about his young adults tour: "The tour is wonderful, everybody's excited" (time 6:25). Excited about what!? Jesus isn't coming to Rapture you to save you from an Iranian nuclear strike. Leave Israel now!


The arrival of Ethiopian Jews into Israel should make Christians sad, not joyful. This is because Ethiopia has the largest Christian population outside Europe (67%). Conversely, Israel consists of a mere 2.0% Christian population. Therefore, Jews in Ethiopia have a much greater chance of hearing and believing the gospel of Jesus Christ than in pagan Israel.


Israel's hostility toward the gospel is evident after a major evangelical Christian media network, God TV (aka Shelanu), was forced off the air in the summer of 2020 after it revealed to Israeli authorities that its mission was to convert Jews with the gospel of Jesus. Knowing this, Tsarfati is doing nothing to warn them of another Holocaust. Nor is he facilitating their salvation by promoting Jewish Aliyah to Christ-rejecting Israel.